'Baby Faith' Case: Arrest made in connection with 1996 murder of Fort Collins infant

The newborn girl was found in Horsetooth Reservoir in August 1996. 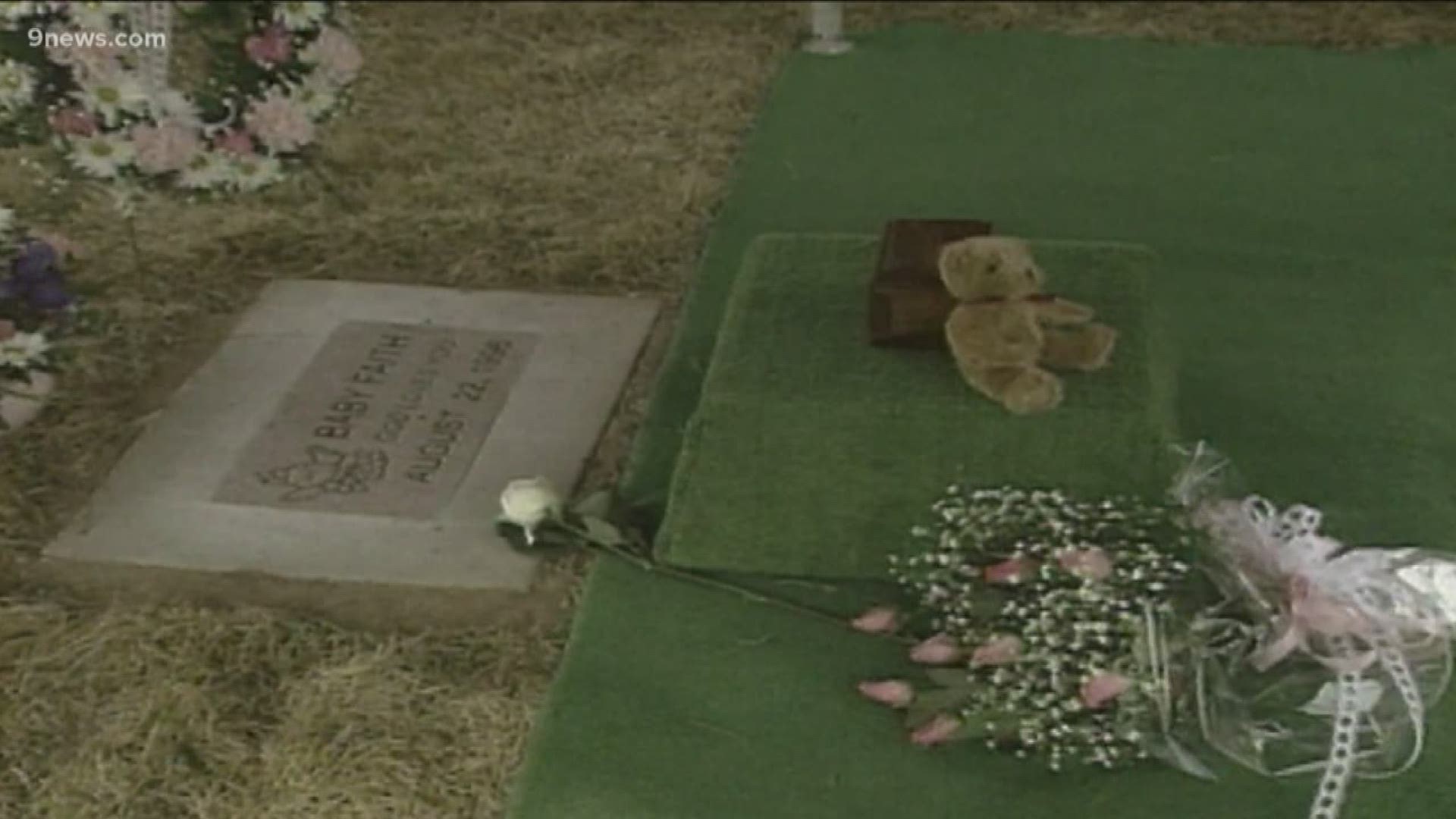 LARIMER COUNTY, Colo. — An Erie woman has been arrested on suspicion of first-degree murder in connection with the 1996 death of "Baby Faith," whose tiny body was found in a bag on the shores of Horsetooth Reservoir in August of that year, according to the Larimer County Sheriff's Office (LCSO).

Jennifer (Tjornehoj) Katalinich was arrested Tuesday and booked into the Larimer County jail on charges of first-degree murder and second-degree murder, the Sheriff's Office said. She has since posted a $25,000 bond and was released from custody.

Credit: Larimer County Sheriff's Office
Jennifer Katalinich has been arrested in connection with the death of "Baby Faith" who was found in Horsetooth Reservoir in August 1996.

LCSO held a press conference Tuesday where they discussed details of Baby Faith's initial discovery and how Katalinich was determined to be linked to the case.

LCSO retired Lt. Andy Josey said the child was discovered by two young boys, who found the infant on the shores of the reservoir on Aug. 24, 1996. The infant was found with an umbilical cord still attached, and a towel was found in the bag with the child, Josey said.

She was believed to have died within three days of birth. The Larimer County Coroner's Office ruled her death a homicide by asphyxia or suffocation, Josey said.

The investigation into the case was suspended in June 1998. 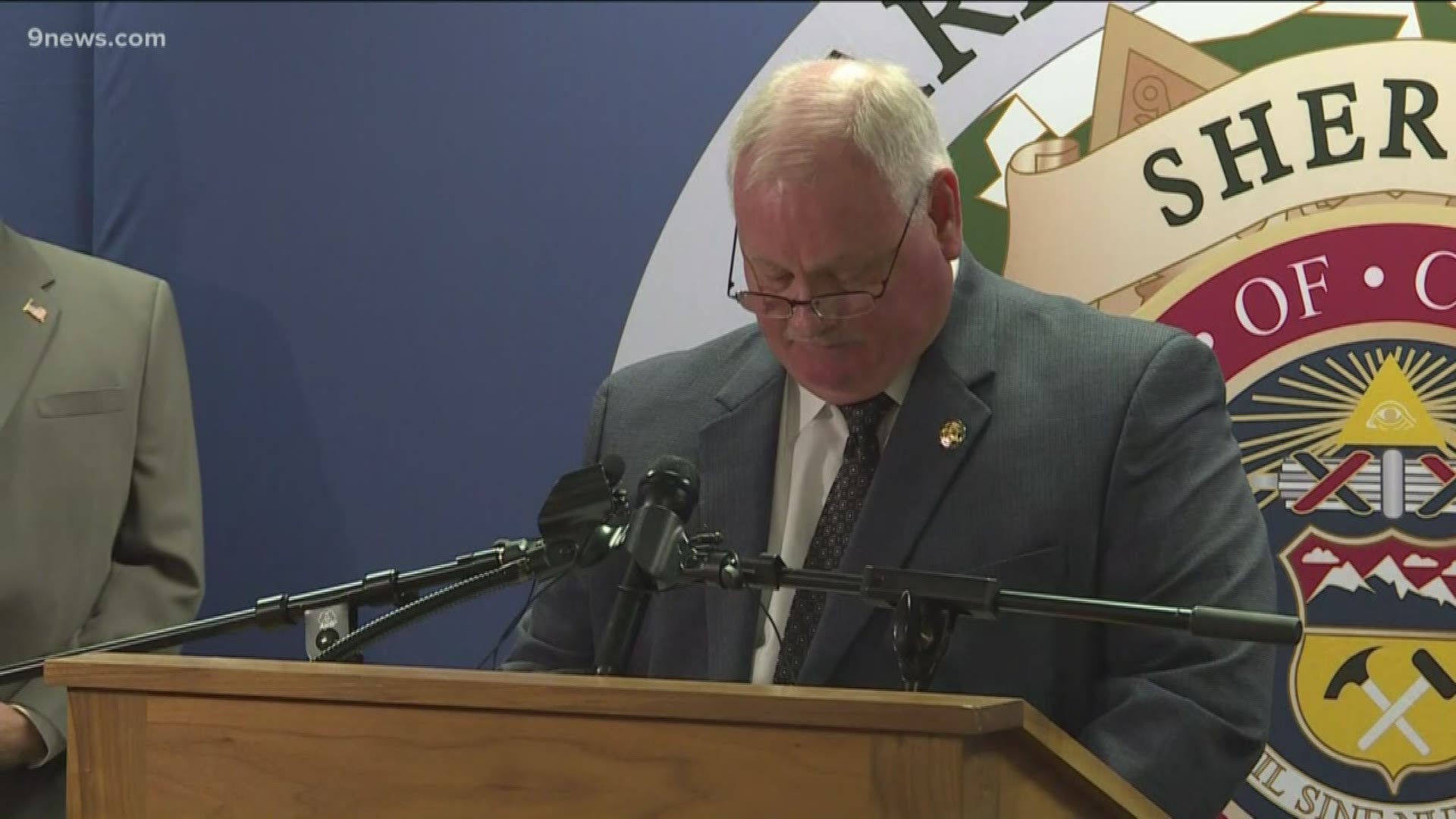 "A case like this one is never forgotten," Josey said. "I came to know a newborn girl who was left by choice and not by chance, and I knew then as I know today, she didn’t deserve to be left alone."

The same day Baby Faith was found, another deceased and unidentified newborn girl was found in the Arkansas River in the Pueblo Reservoir area in Pueblo County, some 170 miles south of Horsetooth Reservoir, Josey said.

Investigators initially thought it was a big coincidence that the two babies were found on the same day and wanted to determine if there was a connection between them, which was strongly considered at the time.

Blood samples of both unidentified babies were conducted, and it was subsequently found that there was no connection between the girls, Josey said.

Josey added that after all these years, he still remembers aspects of the case.

Investigators had previously never been able to determine the infant's identity or that of her parents, but said in 2006 that they planned to retest the baby's DNA with the hope that new technology would help them find a match.

In 2016, investigators resubmitted DNA evidence to the Colorado Bureau of Investigation (CBI). In July 2017, LSCO investigators met with CBI and were told there were a total of five people who could possibly be related to "Baby Faith."

On Oct 6, 2019, investigators traveled to Minnesota where three of those people lived, and were able to exclude them from involvement in the case, the Sheriff's Office said. They also traveled to Maryland and met with a fourth person, who led them to Katalinich. That person told investigators that Katalinich might have information about the case, according to the Sheriff's Office.

Investigators met with Katalinich on Oct. 18, 2019, and she agreed to speak with them. A warrant was issued for her arrest on Nov. 1, and she surrendered Tuesday morning.

"At the end of the day, regardless of the outcome when this case is finally adjudicated, Baby Faith will have two things she didn’t have [in] 1996 — a voice and a true identity," Coleman said.

Thanks to donations, a funeral was held for "Baby Faith" around the time of her death, and while no one at the service knew her, many came to say goodbye.

Josey who spoke to 9NEWS in 2006 said he still visited her grave at Roselawn Cemetery in Fort Collins.

"I've been by her grave a couple of times this week, and I look at that grave marker and I feel like I'm the only one that still cares," Josey said in 2006. "And I look at it, and she's lonely, and I think, 'That's sad,' but that's why I'm pushing away at it because someone has to care."

Anyone with information about the "Baby Faith" case who has not yet spoken to investigators is asked to call LSCO Investigator Rita Servin at 970-498-5167.