It turns out the property was recently sold and there was a misunderstanding about clearing the remaining items off the property, police said. 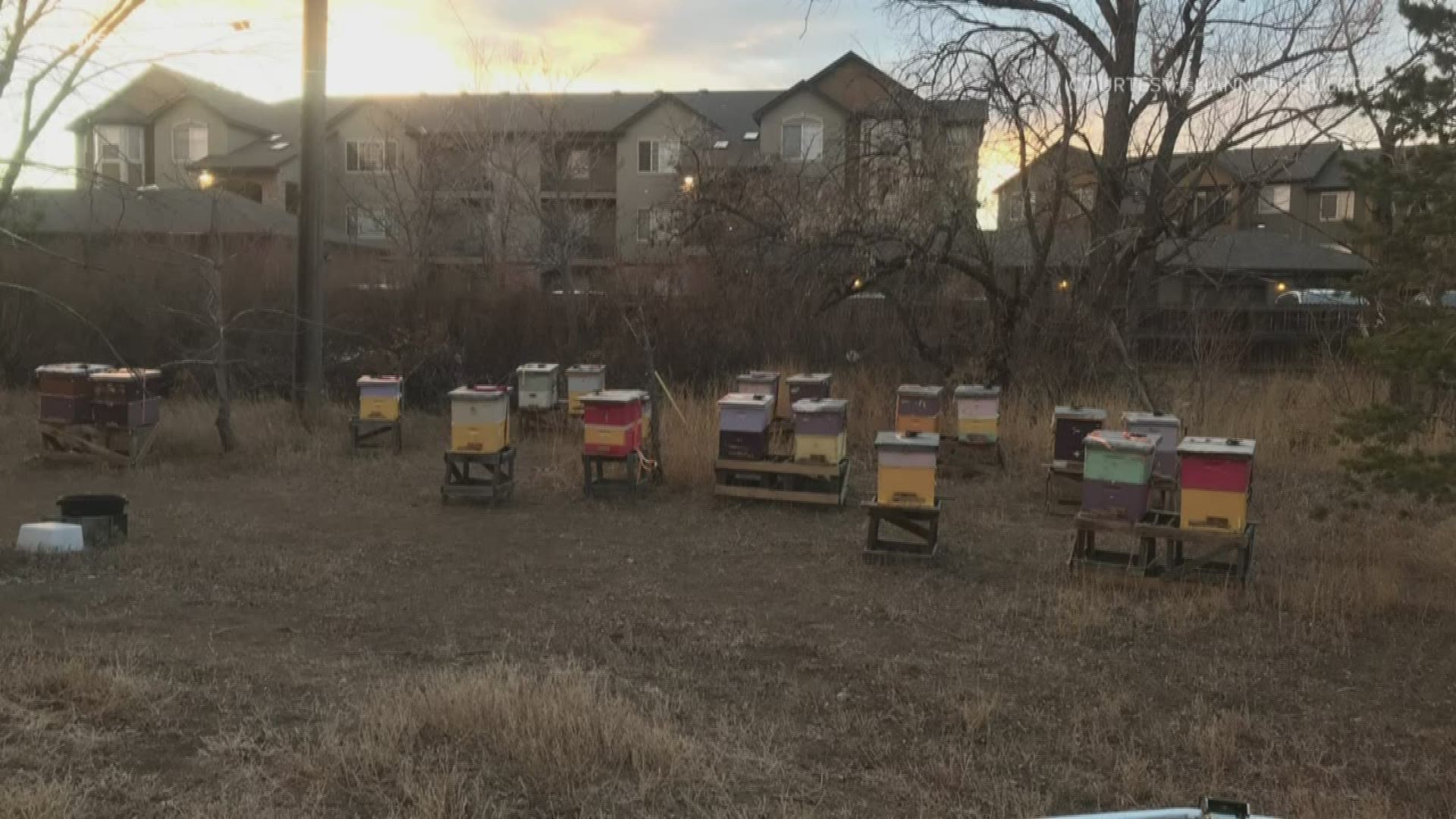 NORTHGLENN, Colo. — What police originally said was a case of stolen beehives in Northglenn, was actually a "misunderstanding," according to the Northglenn Police Department (NPD).

It turns out the property was recently sold and the misunderstanding was about clearing the remaining items off the property, NPD said.

Arrangements are being made for the return of the beehives – more than two dozen of them worth an estimated $15,000.

Each hive is about 5 feet long by 5 feet wide, according to Renae Lehr with NPD.

RELATED: Bees will kill their queen if they don't like her

Shannon Sublette, who owns the property where the beehives were located, said there were 30 hives that were home to thousands of bees.

She said the couple who owns the bees bought them as a way to battle depression.

RELATED: What bees do during the winter