Numbers this year are not as bad as they were last year, but thefts are starting to increase as we head into the summer months. 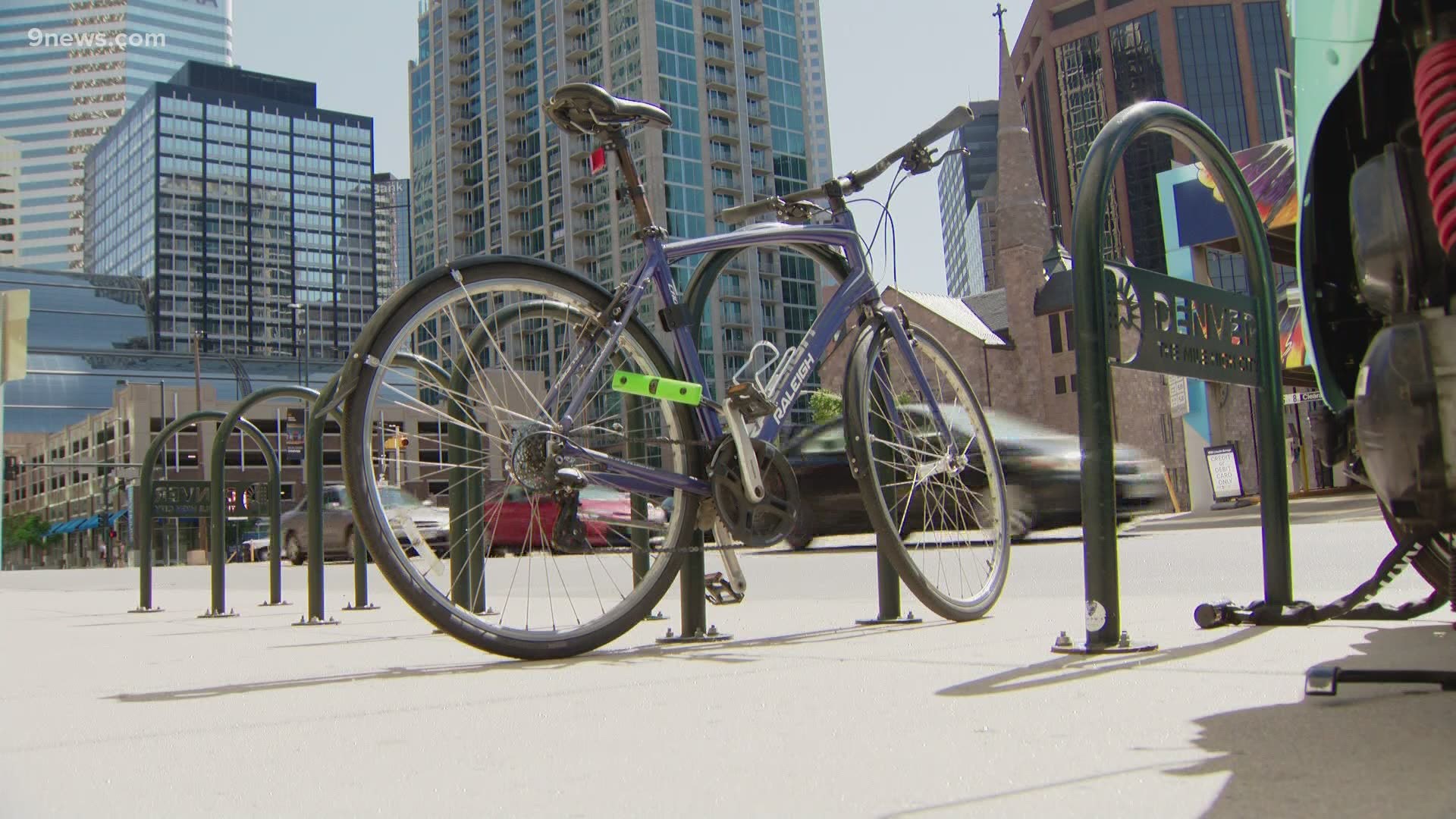 DENVER — Bike thefts in Denver are rising, which tends to happen in the summer months as more people get outside. But police said as the prices of bikes increase, they’re becoming more attractive targets for thieves.

Chris Grable left his bike unattended but locked it on the back of his car for just a few minutes in Uptown before someone cut the chain and stole it.

“They had lock cutters,” Grable said. “They just cut straight through the lock, and it was gone. It happened in minutes.”

He called Denver Police, but it was already too late.

This is something DPD has seen happen about 550 times so far this year.

This time last year, that number was 625.

2020 ended up being a record year for many crimes, including bike theft, according to DPD spokesperson Jay Casillas.

Casillas could not say how often DPD is able to reunify bikes with their owners, but when those circumstances do happen, he said most can be attributed to people having proof of ownership, like a selfie with their bike where you can also see the serial number.

All of that that can be registered on the police department’s website.

“We might recover a ton of bikes in one place, but if we don’t know who they belong to, like their serial number was never registered to that bike, we might not ever get that bike back to that owner,” Casillas said.

Grable does have his bike registered, but he’s not holding his breath for recovery.

He filed an insurance claim, bought a new bike, and invested in new locks.

“If someone steals this bike, they’re going to have to work a lot harder for it. So I got pretty much the beefiest chain and the beefiest lock you could buy.”

DPD says some of the most common mistakes people make are having locks that are easy to break and also leaving garage doors open. They suggest even if your bike is in a closed garage, it may be worth locking it up just in case someone is able to break in.

RELATED: 8 indicted in connection with armed robberies across Metro Area

RELATED: 9Things to do in Colorado this weekend: June 18—20