Woman died of injuries prior to her body being found in burned vehicle on I-225, coroner says

The Arapahoe County Coroner's Office said Vicky Salvadora De Dios, 46, died of her injuries prior to the fire. 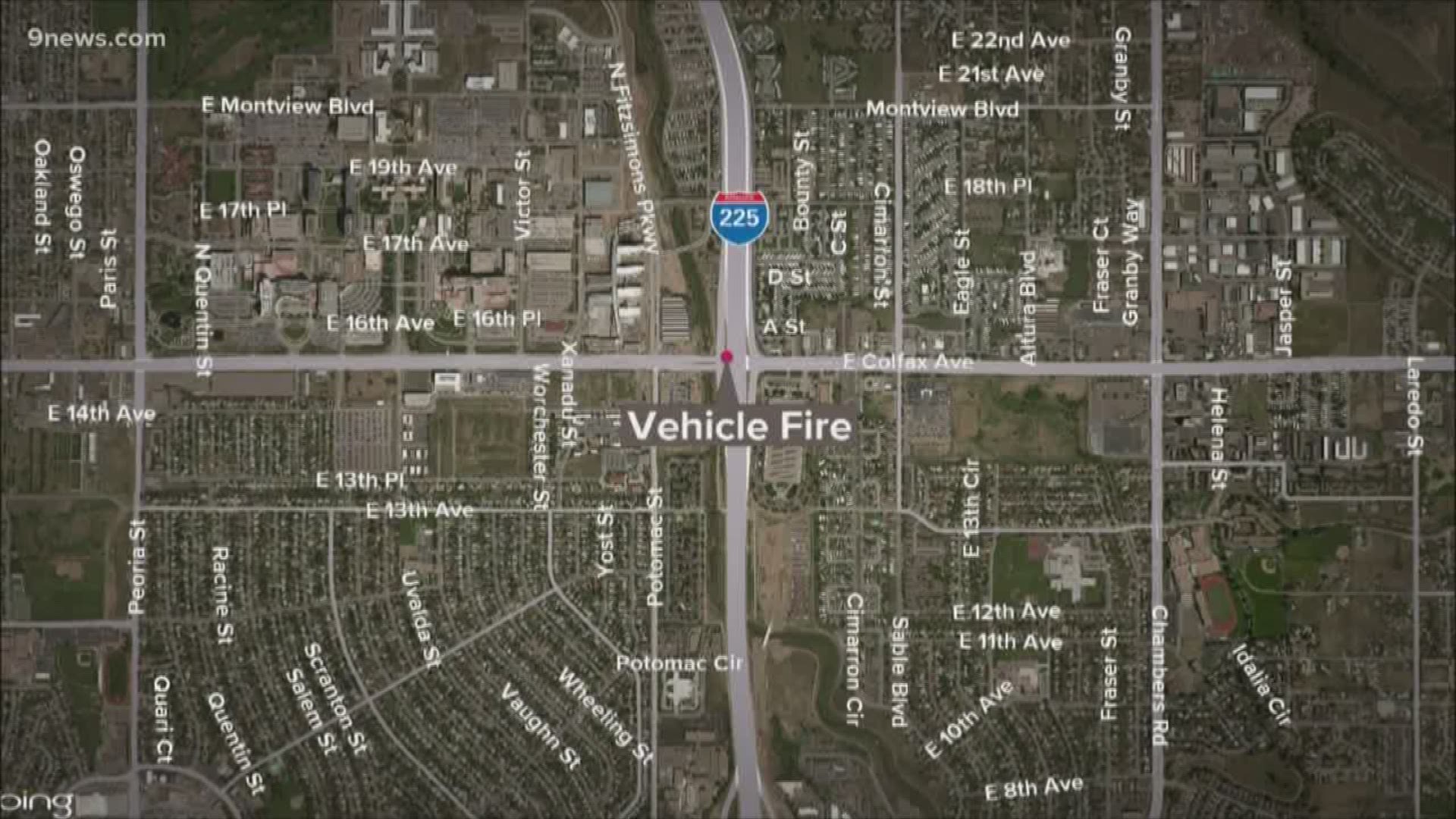 AURORA, Colo. — Police are asking the public for help after a body was found inside a burned vehicle on Interstate 225 near East Colfax Avenue early Sunday morning, Aurora Police (APD) said in a tweet.

The body has been identified as Vicky Salvadora De Dios, 46, the Arapahoe County Coroner's Office said. It was determined she died of her injuries prior to the fire and her death is being classified as a homicide.

Police were called to southbound I-225 near Colfax Avenue around 1:40 a.m. Sunday on a report of a vehicle fire, according to a release from the department.

On Monday, APD said the blue SUV was pulled over and stopped in that area on the shoulder of the highway before it caught fire.

When the fire was extinguished, the release says officers found Salvadora's body inside the car.

Anyone who was driving through that area and saw the vehicle or its occupants is asked to contact Detective Chad Lampson with Aurora Police at 303-739-6013 or call Metro Denver Crime Stoppers at 720-913-7867.

The Aurora Police Reward Fund has matched a Crime Stoppers reward of $2,000, for a total reward of up to $4,000 for information on the incident.