Police have received more than 950 tips from a variety of sources who identified people at the party near 10th Street and Pennsylvania Avenue. 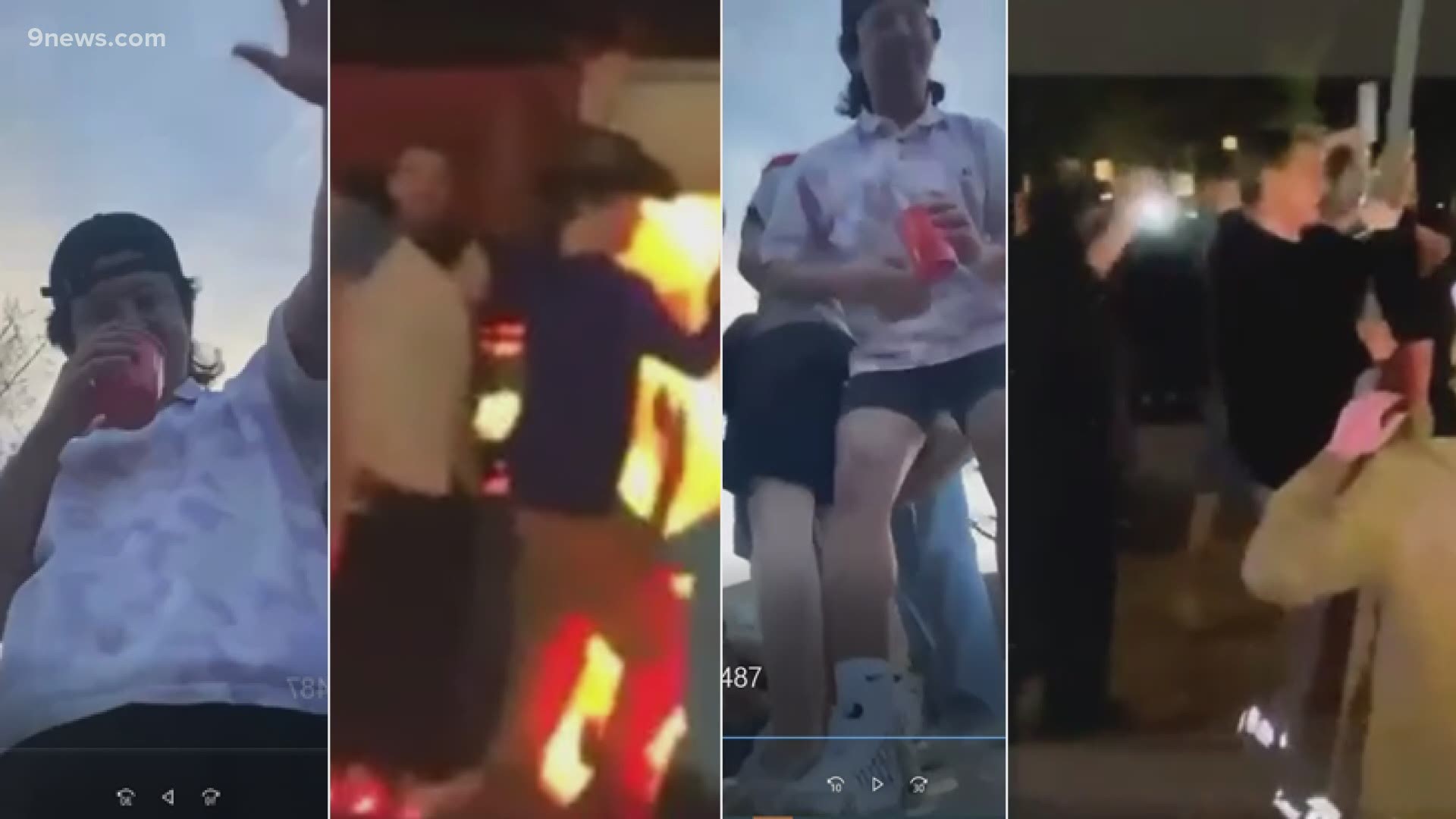 BOULDER, Colo. — A 20-year-old man was identified as the first person arrested in connection with a party that turned violent and destructive in Boulder last weekend.

BPD said they've identified 10 people who were involved in riot-related activities and anticipate additional arrests in the coming days. Those suspects have not been publicly named. Police have also not said the specific charges those people could face.

Boulder Police responded to a party of about 500-800 people near 10th Street and Pennsylvania Avenue, in the area known to University of Colorado Boulder students as "'the Hill."

According to police, three SWAT officers were struck with bricks and rocks, leaving them with minor injuries. An armored rescue vehicle and a fire truck were heavily damaged.

Those who organized, did not disperse and caused any city and property damage will be held responsible legally, economically and, when appropriate, academically, officials said during a news conference on Sunday.

According to Boulder Police, detectives have taken reports for several property crimes since the party that includes:

Police said there are additional reports of property damage that detectives are still in the process of investigating.

BPD release additional photos and videos Wednesday, including a photo of a man (pictured below) they said threatened to shoot a BPD officer.

Credit: BPD
Photos of man accused of threatening to shoot a Boulder Police officer on Saturday.

> The video below shows the aftermath of the party.

Boulder Police said based on each person's individual actions; they could be charged with the following crimes:

Police said they had received more than 950 tips from various sources who identified people at the party and a team of detectives is now reviewing those tips.

Those with information, photos or videos of the incident are asked to upload it through the city's website.

“Detectives will review every lead we have to identify and arrest those responsible for this reprehensible and unacceptable behavior,” said Boulder Police Chief Maris Herold.

On Sunday, the Boulder County District Attorney, Michael Dougherty, released a statement saying his office will work with BPD to "determine the identities of the people who damaged private property and assaulted first responders because they should be held fully responsible for their outrageous actions."

On Monday, police released the following video and pictures asking for help identifying the people seen in it.

The city spokesperson for Boulder said those who attended the party should quarantine for 10 days, monitor symptoms for up to 14 days and take advantage of free testing seven days after exposure at sites around the city.

Simental said party-goers should quarantine and get a COVID test without fear of getting caught.

"I do want to emphasize that testing is not linked to any gathering so people can go and feel free to test and make sure that if they have a positive COVID test that they isolate," Simental said.

> The video below shows officers attempting to disperse the crowd.