9NEWS is not in the business of airing scanner traffic during an active situation. After it's done, it can help inform us about the efforts law enforcement took. 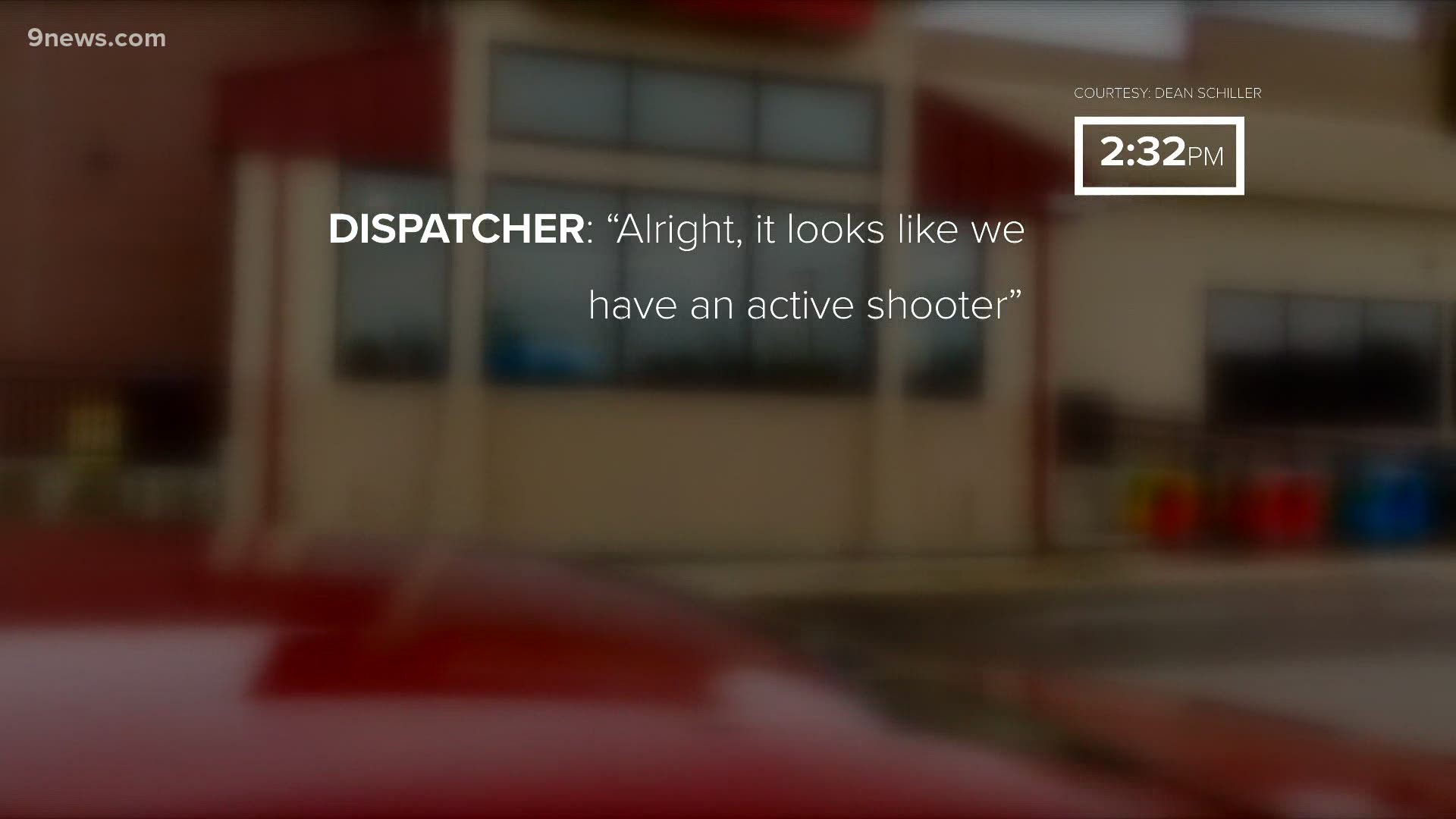 BOULDER, Colo. — Radio communications between Boulder Police officers and Boulder County dispatchers provides insight into their response to the shooting at a King Soopers that left 10 confirmed dead, including a police officer.

9NEWS does not share information from radio traffic as an event is unfolding, as the information is often incorrect and may even endanger officers and civilians if released.

But afterward, it can provide a glimpse into the danger and uncertainty of a developing situation, and the challenges faced by those tasked with responding to it.

The first call of the incident came in just after 2:30 p.m., where a dispatcher said "It looks like we have an active shooter," and gave a description of a man seen shooting out the window of a van in front of the store.

Soon after that, an officer reported finding one, possibly two victims at the front of the store.

A dispatcher announced that some people had called saying they had barricaded themselves inside the store. Later, they received reports that eight people had sought shelter in a second-floor conference room.

Another victim was then found just inside the front doors, an officer said.

Officers then encountered the shooter for the first time, reporting that he had shot at them twice.

A full SWAT response was ordered at that point, and responding officers were told to "armor up."

Less than 20 minutes after the initial call, dispatchers were informed that an officer was down inside the store.

RELATED: 'Didn't surprise me he was the first one there': What we know about fallen Boulder Officer Eric Talley

A gunfight followed, according to one officer, and a rescue task force was requested.

Early reports from civilians proved inaccurate, as dispatchers were told there were possibly three gunmen in the store. Police would later arrest just one man, who reportedly told them he acted alone.

But the threat was no less real, as officers reported multiple rounds coming from the gunman.

An officer reported multiple victims who would need to be airlifted from the scene.

“Multiple people down so far. One officer down. Unknown status. We can’t get to him," said an officer.

But ambulances later proved unnecessary for any of the victims, as none survived the attack.

Radio traffic revealed officers began planning a rescue of their colleague, but did not know where the gunman was and feared he may be setting up an ambush.

Police later declared they had made contact with a possible suspect and announced they were bringing one party out Code 5 (subject in custody), requesting that an ambulance be ready.

A little under an hour had passed since the initial call.

With the threat over, officers performed the grim task of searching the store for victims. They announced seven, including the officer, at the time.

The name of the suspected gunman has not been released.