The doctors' conclusion from the evaluation is not a ruling in the case, and the process of determining the competency of Ahmad Al Aliwi Alissa is ongoing. 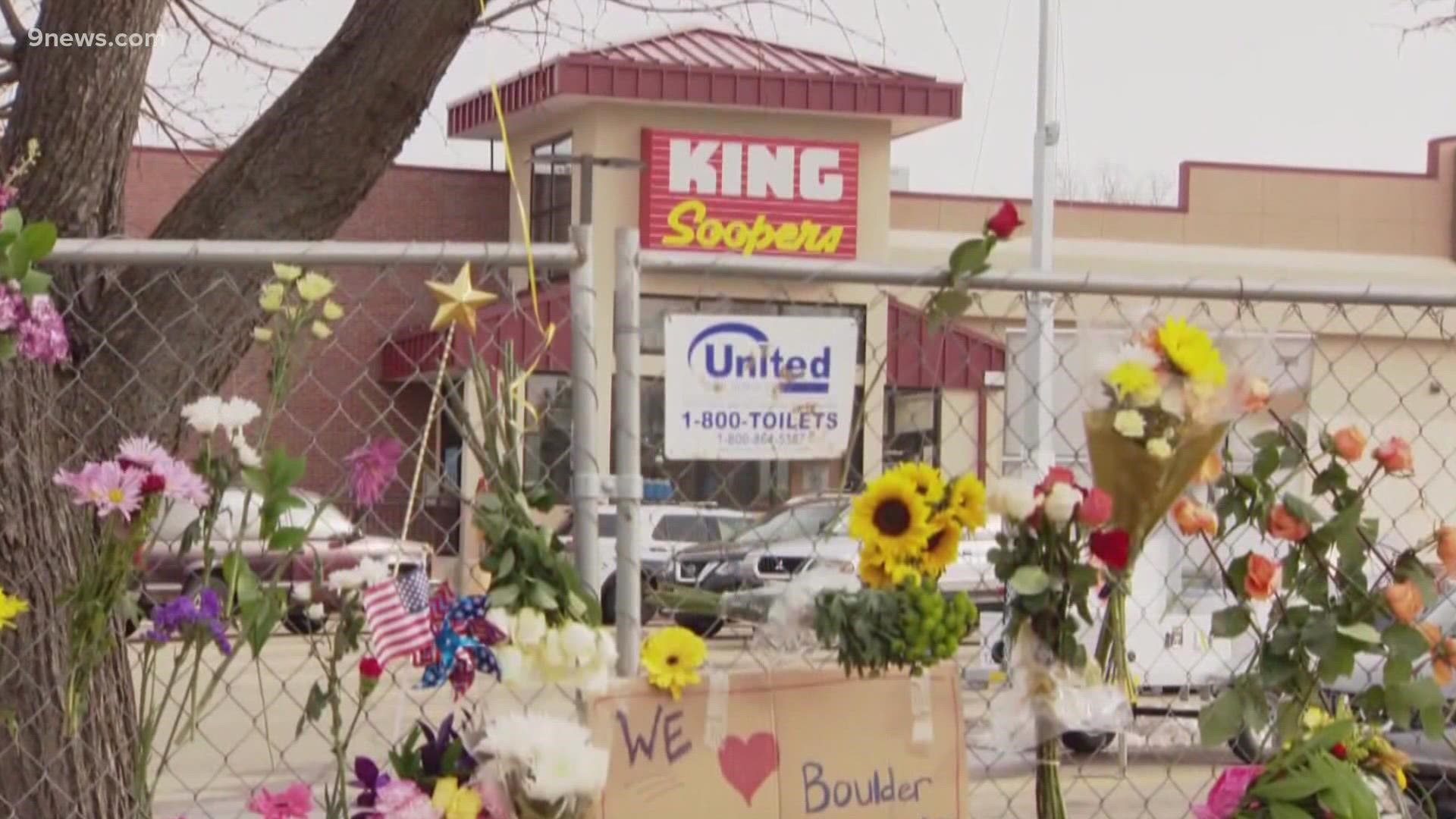 BOULDER, Colo. — Two court-ordered doctors found the suspect who police believe shot and killed 10 people in a King Soopers in Boulder in March was "not competent to proceed," according to court documents.

The doctors' conclusion from the evaluation is not a ruling in the case, and the process of determining the competency of Ahmad Al Aliwi Alissa is ongoing, according to the Boulder County District Attorney's Office.

"I think what’s going to happen is there is going to be a hearing on whether there should be a second evaluation," said George Brauchler, 9NEWS Legal Expert and former 18th Judicial District Attorney. "If the court decides to grant a second evaluation, that will build in a little more delay as they find one or two other doctors to do an evaluation."

Brauchler said a court will ultimately decide if the accused shooter is competent, and the judge doesn't have to accept the doctors' findings in the first evaluation.

"Incompetence isn't insanity, and one doesn't suggest the other," he said. "So even if the court were to find this guy incompetent, all that would do is merely delay proceedings until he can be restored to competency."

Alissa is charged with 54 counts related to the March 22 shooting at the grocery store on Table Mesa Drive that left 10 people dead, including Boulder Police Officer Eric Talley.

According to court documents posted last week, the doctors who conducted the evaluation found that Alissa could understand the charges against him, the potential sentence, and the roles of the judge and attorneys in the case.

"However, the doctors conclude that their 'provisional' mental health diagnosis of Defendant 'limit[s] his ability to meaningfully converse with others,'" according to the court documents. "And that his 'superficial responses' to hypothetical legal situations indicate a 'passive approach to his defense' and 'potential over-reliance on his attorneys.'"

The nine-page evaluation report concludes that Alissa is not currently competent to proceed, according to court documents.

"If the second evaluation isn't granted, the court is likely going to have a hearing on this particular report by these two doctors," Brauchler said. "And be prepared for the prosecution to engage in vigorous cross-examination of these doctors."

> Video: How do competency evaluations in court cases work?

Alissa is scheduled to be in court on Thursday for a review hearing. His preliminary hearing is scheduled for Oct. 19.

A DA's office spokesperson said they're waiting for an update from the court on whether court dates will be adjusted, based on their request for a hearing on the competency evaluation.

Brauchler faced one of the defense attorneys working on the Boulder case during the Aurora theater shooting case. That same attorney successfully argued for the incompetence of the man accused in a 2015 shooting at a Colorado Springs Planned Parenthood. Three people were killed in that shooting. The suspect is still declared incompetent by the court, so the case hasn't proceeded forward.

Below is a list of the King Soopers shooting victims as they are named in the charging document:

The lone charge of assault is related to a woman who fell while fleeing from the store and fractured a vertebra in her spine.