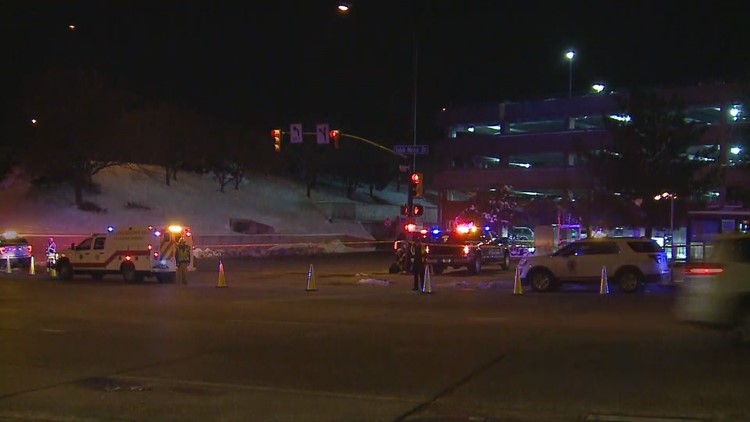 DA: Boulder murder suspect took own life after he was shot by officer

The 12th Judicial District Attorney’s Office has found a University of Colorado Police Department sergeant was justified in shooting a man who is believed to have killed his wife with a machete just days before.

That suspect, Jose Luis Gallegos, was shot in the leg during the Nov. 1, 2019 incident but didn’t die until he jumped from the top floor of the RTD parking garage at Table Mesa Drive and Foothills Parkway, according to a decision letter released Monday by District Attorney Michael Dougherty.

According to Dougherty, prosecutors believe that Gallegos killed his wife Martha Sianez-Hernandez four days before his own death. She had apparently been stabbed to death with a machete and left in her bed covered with blankets, the decision letter says.

RELATED: Homicide suspect falls from Boulder parking garage after being shot at by police

Officers found her body the afternoon of Nov. 1 after friends and family contacted police and said they hadn’t heard from her. She was initially believed to have been shot to death.

This prompted police to issue a be-on-the-lookout for Gallegos’ gold Jeep Grand Cherokee. Prosecutors said his 6-year-old and 12-year-old children were in the vehicle with him.

His 18-year-old son had also been in the car but got out when he saw police officers outside the RTD parking garage. That afternoon, the teen told police his father had taken his three sons to McDonald's and told them “he wanted to say good-bye for good,” according to the decision letter.

Police were ultimately able to track Gallegos to the RTD parking garage through his cellphone, and a standoff ensued during which officers say the murder suspect threatened to take his own life and confessed to killing his wife.

He was outside of his vehicle, and according to the decision letter, Sgt. Matthew DeLaria fired one shot with his sniper rifle when he saw Gallegos run back to the car that was occupied by his two children.

“During these negotiations … Jose Gallegos suddenly ran from the back of the vehicle toward the front of his vehicle, and toward the 43” high wall and railing of the parking structure,” the decision letter reads. “SWAT sniper Sgt. Matthew DeLaria fired a single round at Jose Gallegos from his Accuracy International .308 caliber sniper rifle, fearing Gallegos was going to enter his vehicle and harm the children or officers.

“As the shot was fired, Jose Gallegos continued in motion and went over the railing where he fell to ground level.”

The Boulder County Coroner found the gunshot wound to Gallegos’ leg was not fatal. Instead, he died from blunt force trauma as he fell from the parking garage.

His children were not hurt.

Body camera footage of the incident posted and edited by the district attorney’s office is available below:

Editor's note: An earlier version of this story incorrectly depicted DeLaria's role in the incident. The story has since been updated.