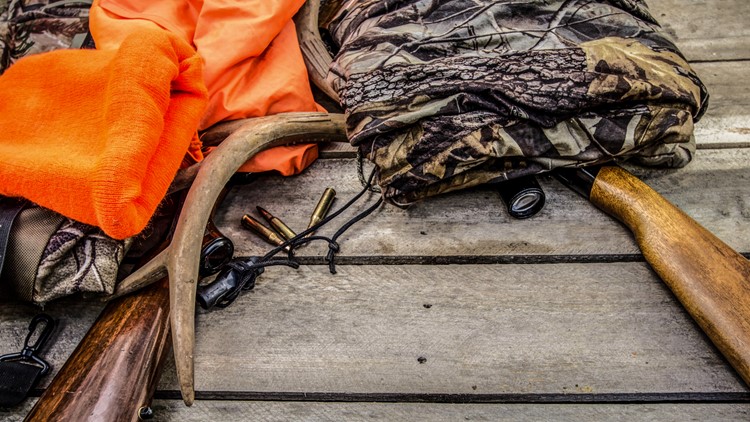 HOT SULPHUR SPRINGS, Colo. — A Broomfield teen will pay nearly $20,000 in fines for illegally killing and then abandoning a bull moose in Grand County last November, according to a release from Colorado Parks and Wildlife (CPW).

Callan Hyatt, 19, pleaded guilty on April 9 to five misdemeanor wildlife violations including hunting in a careless manner, failing to locate wounded game, failing to dress wildlife, illegal possession of wildlife and hunting without a license.

The fine total included a $10,000 further penalty - also referred to as the 'Samson law' - for the illegal take of a bull moose. Hyatt received a warning for a felony charge of willful destruction of wildlife.

Hyatt could also receive up to a five-year suspension of his hunting and fishing privileges in 47 Interstate Wildlife Violator Compact states, pending a decision of a Colorado Parks and Wildlife Hearings Examiner.

Officials learned of the dead moose the day after Hyatt killed it when a hunter called in a tip to a local CPW officer. By that time, the animal's meat had spoiled.

When confronted by a wildlife officer, Hyatt admitted that while hunting elk, he saw movement in the trees and fired his rifle in the direction without properly identifying the target, subsequently wounding a moose. Hyatt did not possess a moose license and did not pursue the wounded moose as required by law, the release said.

The officer said Hyatt's poor choices are what prompted the serious charges.

"We understand hunting mistakes and accidents will happen, but we expect sportsmen and women to take immediate responsibility for their actions," said Officer Jeff Behncke. "Thankfully the vast majority of hunters are ethical and do the right thing in cases like this; unfortunately, there are a few that may prefer to try and evade authorities. We offer everyone this advice; if you accidentally kill the wrong species, you should call us right away and field dress the animal immediately so that it does not spoil."

Had Hyatt reported killing the moose to authorities, he still would have face a fine, but it would have been much less than the $20,000 citation.

While investigating, Officer Behncke discovered footprints in the snow and recovered a .270 caliber bullet from the carcass. The officer began searching nearby hunting camps for more information. At the second camp he visited, the officer matched the boots Hyatt was wearing to the prints he had seen in the snow. He also learned Hyatt had a .270 caliber rifle in his possession at camp.

The public can report wildlife crimes anonymously by calling Operation Game Thief at 877-265-6648. Rewards are available if the information leads to an arrest or citation.