First, Martha Valadez had to shut down due to COVID-19, and now she said she's worried about riots, destruction. 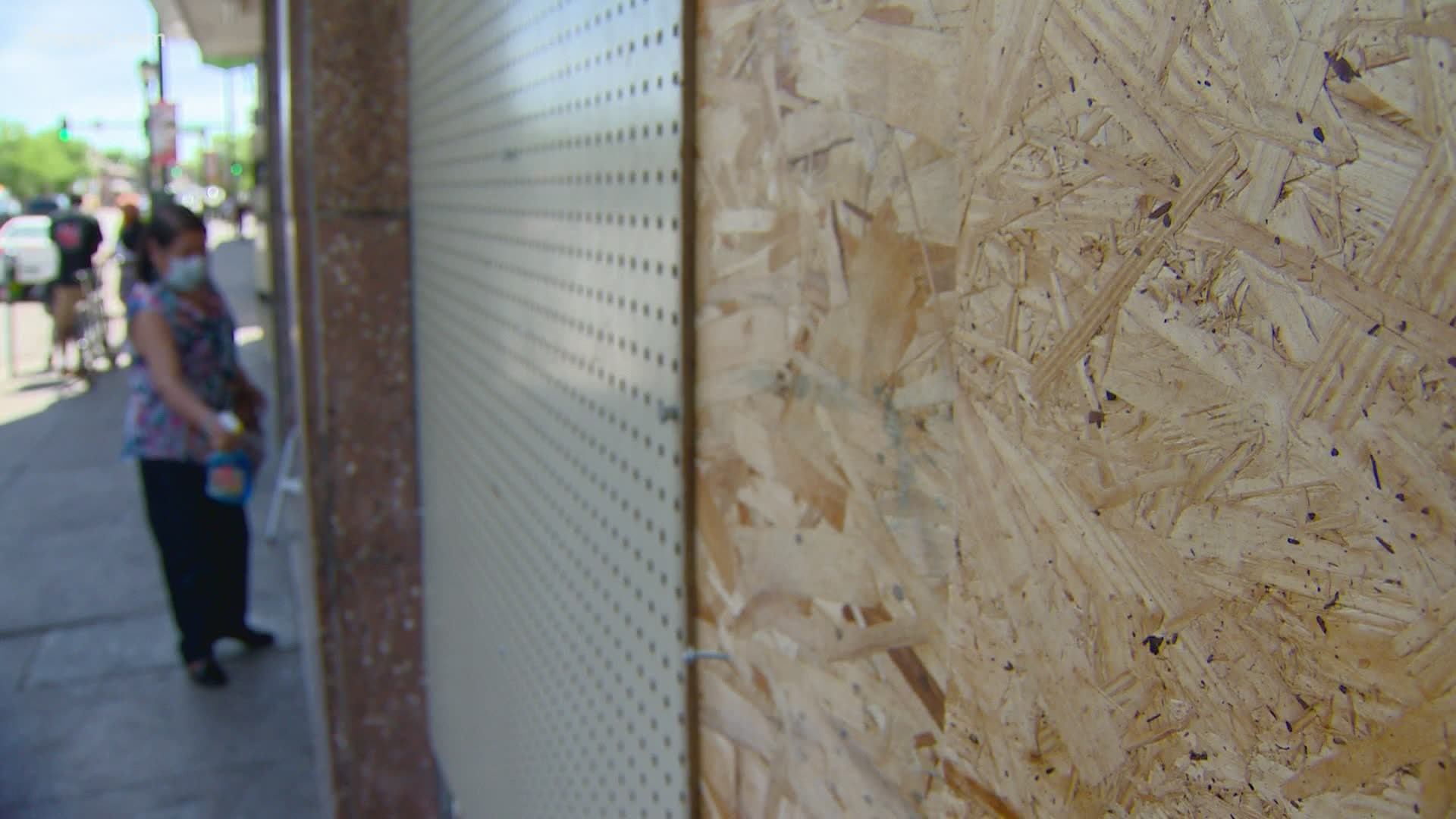 DENVER — Businesses windows have been broken and shops have been shuttered downtown following four days of peaceful protests that turned into riots each night.

Martha Valadez, who owns Martha's Beauty Salon that's a couple blocks from the state Capitol, said she was relieved her business wasn't one of the ones damaged.

Valdez, whose salon has been on Colfax about 20 years, is surrounded by other businesses with boarded up windows and broken glass from riots over the weekend.

"When I came here, it's like nothing," Valadez said. "No graffiti, no nothing."

Valadez said that was a big relief after spending two months being closed due to COVID-19. She lost all of her employees during the shutdown.

"They quit, yeah, because no business," Valadez said. "They have to quit because they need to find other place to have more people, and now I am myself."

After Thursday night's riots, Valadez said she had to spend more than $200 to fix a window broken on that night.

"If you have business, maybe you can have money or pay for everything, but look at this, no business," Valadez said.

As protesters gather at the State Capitol for the fifth day in row, Valadez said she is worried that the long weekend for business owners will turn into a long week.

"I pray, please have patience with us because we don't have money," Valadez said. "I have to pay rent. I have to pay bills everything, and they destroy my business."