The district attorney's office said it was reasonable the officers acted in self-defense because the suspect had shot at police and other people. 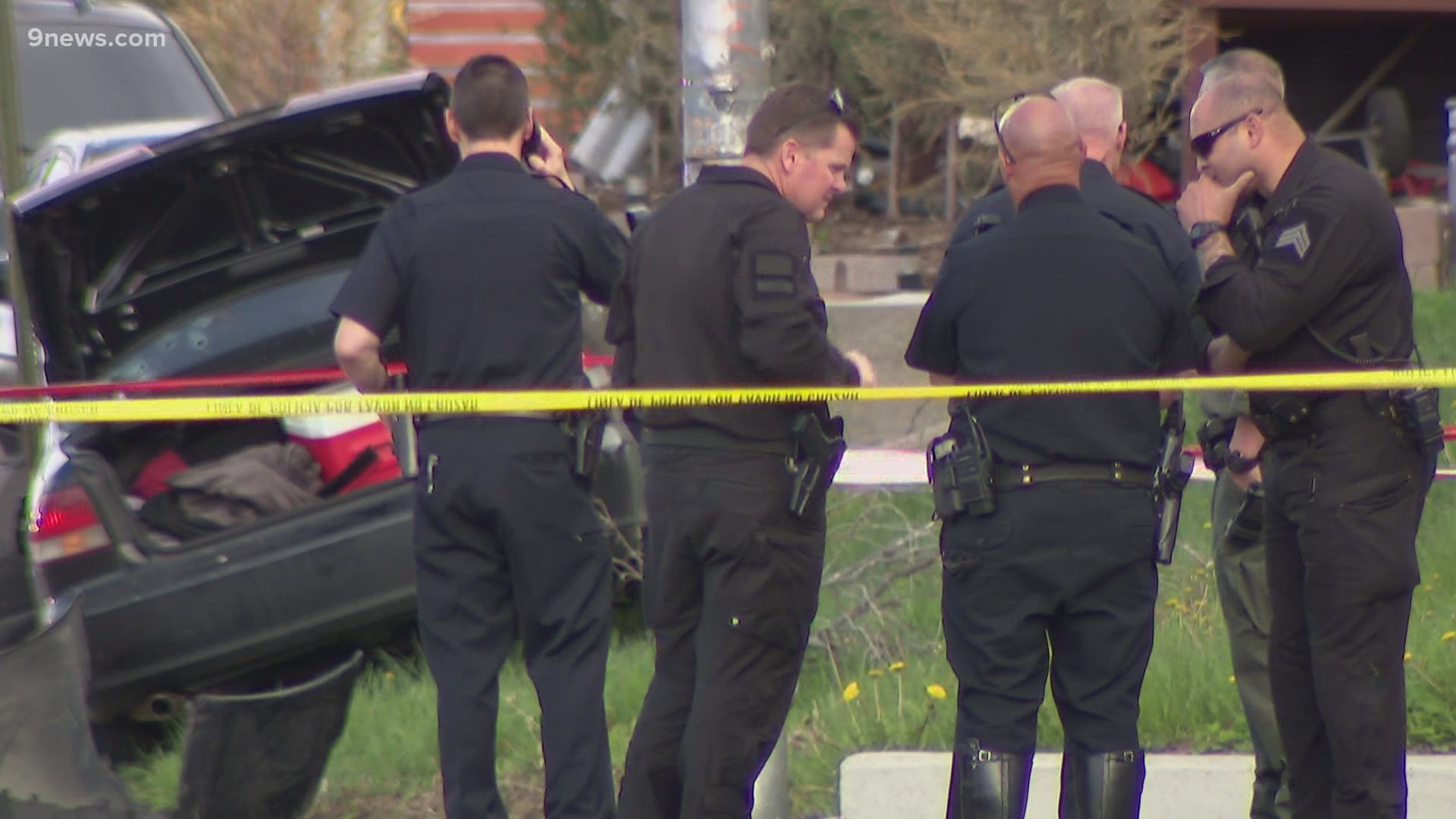 DENVER — Nine Denver police officers who shot a suspect accused of shooting at multiple people, carjacking a woman and her children and leading officers on a high-speed chase in May will not be charged in connection with his death, according the Denver District Attorney's Office.

The incident began near an apartment complex at 4404 Morrison Road on May 14, according to a decision letter from the DA's office. Multiple witnesses called 911 to report hearing gunshots and seeing a man, later identified as Vick, threatening people with a gun, the letter says.

Credit: Denver Police Department
Photo from a witness of Vick threatening that witness with a weapon

A woman who was visiting the complex said Vick approached her when she was in her vehicle with her two young children and infant grandson, according to the letter. She told police Vick yelled at them to get out of the car and shot at her moments after she grabbed the baby from the backseat, the letter says. Vick then took off in her vehicle.

Police responded and followed the stolen vehicle until it crashed near West 1st Avenue and Perry Street. The letter says Vick leaned out the window and shot at the police who were following him at least once during the chase.

After the crash, the letter says, Vick reached into the passenger side of the vehicle, eventually grabbing a handgun and firing at least twice at the officers that had responded to the scene.

A total of nine responding officers returned fire. According to the letter, 109 total rounds of ammunition were fired and Vick was shot 29 times.

He was brought to the hospital where he was pronounced dead.

DA Beth McCann said in the letter that she believes it was reasonable that the officers were in fear for their lives and the lives of their coworkers at the time they shot Vick.

“At the moment they discharged their firearms, the officers knew that Mr. Vick had fired his gun at least twice before shooting at and carjacking a woman who was holding a young child; that his gun was real, and that he was willing to shoot at both civilians and police,” McCann said in a release about the incident. “Mr. Vick posed an immediate threat to public safety and these nine officers were more than justified in using deadly force to stop him.”

The officers who fired the shots were all Denver Police Department officers who have worked for the department for between two and 15 years, DPD said.