Kenneth Gallegos, 19, was one of four teens arrested in the 2019 shooting death of Lloyd Chavez. 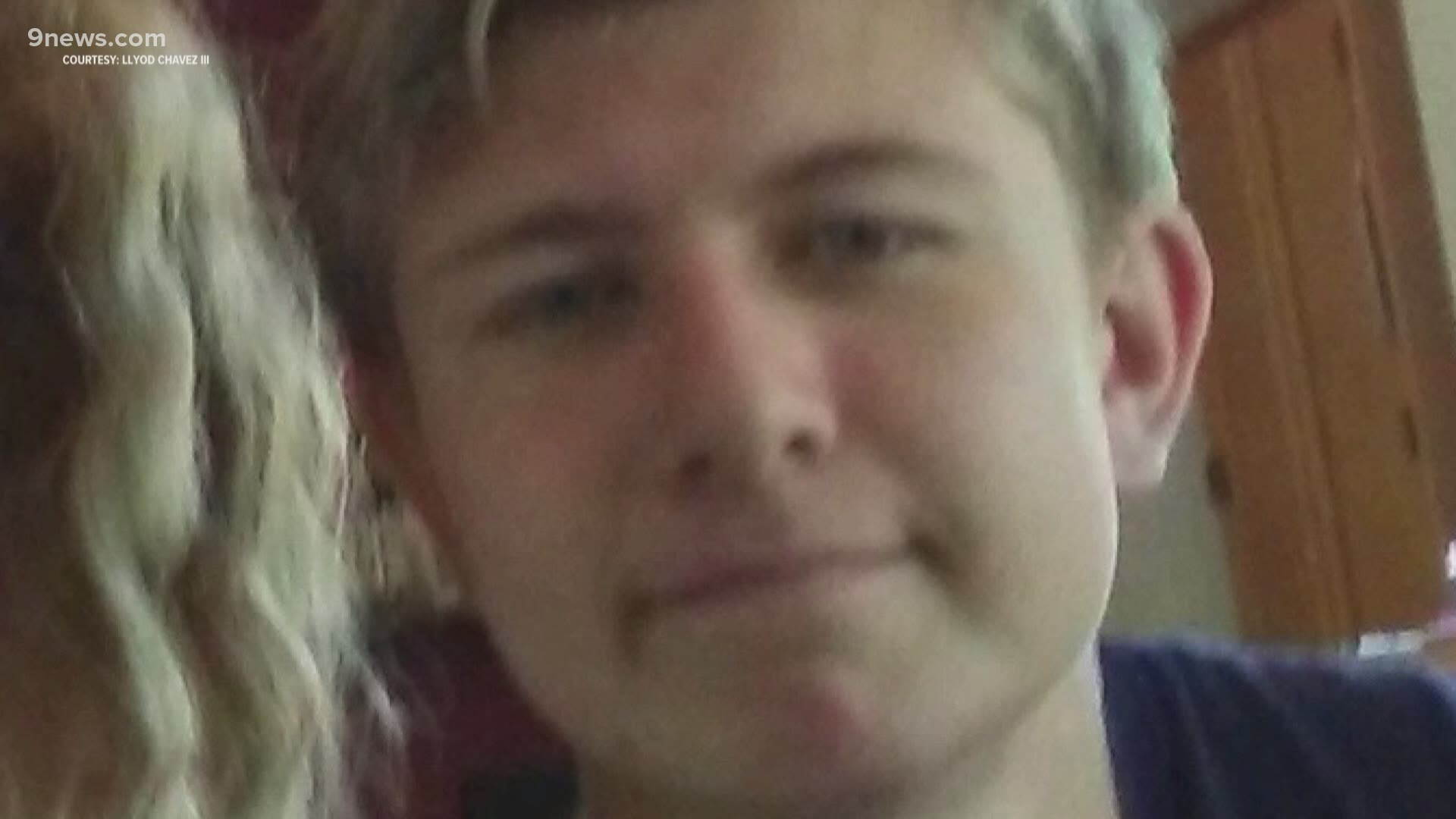 ARAPAHOE COUNTY, Colo. — The trial began Tuesday for one of four teens arrested in connection to the 2019 fatal shooting of Centennial teenager Lloyd Chavez, who died in what police said was a botched robbery of vape products.

Kenneth Gallegos, 19, is charged with one count of first-degree murder in the May 8, 2019 shooting that resulted in the death of Chavez, a Cherokee Trail High School senior. Gallegos' trial is scheduled for six days in 18th Judicial District Court.

The other suspects in the shooting were Demarea Mitchell, Dominic Stager and Juliana Serrano, who were all 16 or 17 years old at the time of the shooting. Stager and Serrano planned to testify at Gallegos' trial, while Mitchell was set for trial in July on a charge of first-degree murder.

The four were accused of planning to rob Chavez, who sold vape juice, at his home in Centennial, near East Smoky Hill Road and South Liverpool Street.

> Video above: Friends, family celebrate the life of Lloyd Chavez, published May 18, 2019.

In opening statements, prosecutors painted Gallegos as the leader of the group who made the plan, recruited the others and made sure they had a gun. Deputy District Attorney Gwenn Sandrock said in her opening statement that the plan was for Serrano to grab the product and they would leave. If that didn't work, they would use the gun to scare Chavez into handing over the product, the DA said.

Defense attorney Michael Root told the jury in his opening statement that while Gallegos was there at the botched robbery, he wasn't the instigator. Serrano planned the robbery and Stager brought the gun, Root said, adding that both of them planned to testify against Gallegos in return for plea bargains that would get them "out of the mess."

According to the Arapahoe County Sheriff's Office affidavit in the case, the four drove to Chavez house on the evening of May 8, 2019. When Chavez approached their vehicle, Serrano gave him $25. Mitchell got out of the vehicle to get the money back. A struggle ensued, and Chavez was shot.

Before he died of his injuries, Chavez told the deputy who initially responded to the 911 call, as well as a Parker Adventist Hospital nurse, that "Kenny" shot him, according to the affidavit.

In her opening statement, Sandrock said that Mitchell had the gun when he got out of the vehicle.

The affidavit says that investigators later found $25 in Serrano's wallet during a search of her home and that Serrano told investigators that " 'Technically, yeah,' it was her plan. It was her who set it up.'"

At the time of the shooting, Gallegos was a former Cherokee Trail High School student who had transferred to Grandview High School. Chavez was known around Cherokee Trail as a skilled rugby player who "always tried to get better."