Man exchanges gunfire with deputies after barricading himself in garage

It was unclear whether the suspect died from deputies' return fire or a self-inflicted wound, according to the Arapahoe County Sheriff's Office. 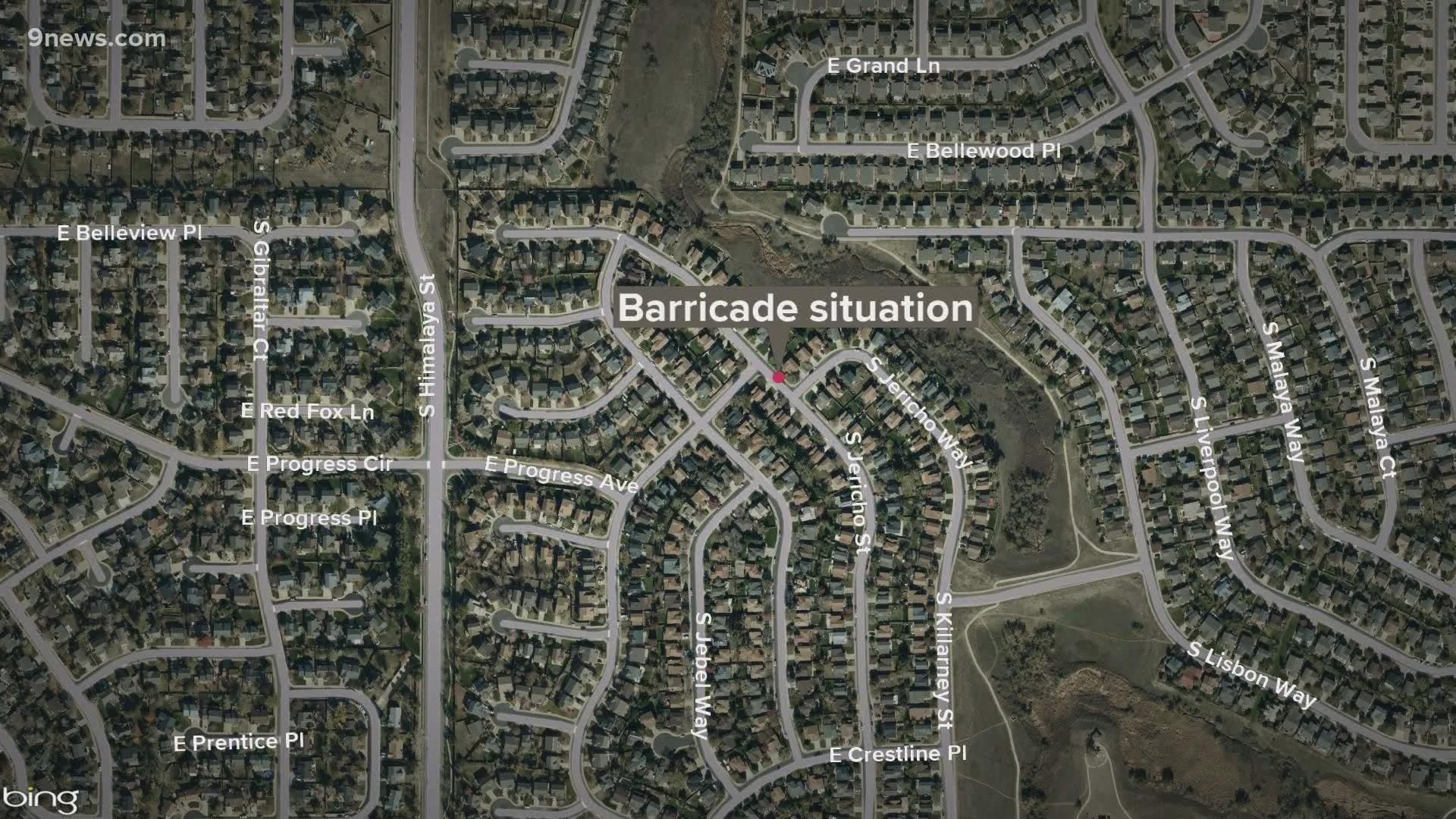 CENTENNIAL, Colo. — A man was found dead after he barricaded himself in a garage on Saturday night and fired multiple times at Arapahoe County deputies, who fired shots back at the suspect, according to the Sheriff's Office.

The incident in the 5200 block of South Jericho Street started about 9:45 p.m. Saturday when deputies responded to reports of a fight between two men at a family gathering, according to the Arapahoe County Sheriff's Office (ACSO).

One of the men had a gun. When deputies arrived on scene, the man refused to come out of the house, went into the garage and barricaded himself there, ACSO said in a news release.

Deputies tried to talk to the man, but he opened the garage door and fired multiple times at deputies, who returned fire, according to ACSO.

When the SWAT team arrived, ACSO said they found the man dead and at 11:59 p.m. the shelter-in-place was lifted.

The man was identified as 49-year-old Keith Wayne Homrighausen by the Arapahoe County Coroner's Office, and the death was ruled a homicide due to multiple gunshot injuries.