Chad Kelly accused of trespassing into home, sitting next to woman, 'mumbling incoherently'

The Broncos are expected to discipline Chad Kelly, though team officials are still discussing the course of action they will take.
Author: Janet Oravetz
Published: 10:24 AM MDT October 23, 2018
Updated: 9:11 AM MDT October 24, 2018

ENGLEWOOD — Chad Kelly, the backup quarterback for the Denver Broncos, was arrested early Tuesday morning and is accused of trespassing into a home, sitting next to a woman on her couch, and "mumbling incoherently" before he was chased out, according to an arrest affidavit.

Just after 1 a.m., officers responded to an address in the 3200 block of South Lincoln Street following a report of a man standing outside a residence.

According to the affidavit, Kelly, 24, entered the home, sat down on the couch next to a woman inside and began mumbling incoherently. The woman called for another resident in the home, who entered the living room and hit the man in the upper back with a stick, which police later determined to be an aluminum pipe from a vacuum cleaner, the affidavit says.

The male resident chased Kelly out of the home, and a short time later, officers located a man matching his description nearby inside a black SUV near the Gothic Theatre, a news release said. Broncos star Von Miller had hosted a Halloween party at the Gothic. Kelly attended the party, according to several sources. After Kelly left the home he allegedly trespassed, a source told 9NEWS that Kelly had returned to the party and was about to leave via Uber when he was apprehended by authorities.

Security footage from the home shows a white man wearing dark pants, a white long-sleeved shirt, brown vest and red scarf around his neck outside the home, the affidavit says. When police found him inside the SUV, Kelly was wearing clothing similar to the man seen in the video, and the homeowner also identified Kelly as the intruder, the affidavit says. Court documents also say there were no signs of forced entry.

Kelly was arrested without incident and transported to the Arapahoe County Jail on charges of first-degree criminal trespass. On Tuesday a spokesman for the court said Kelly posted a $2,500 bond and was due at the Arapahoe County Justice Center on Wednesday morning. Kelly did appear in court briefly Wednesday but his hearing was rescheduled for Nov. 8.

No tests were done to determine if Kelly had drugs or alcohol in his system when he was arrested, according to Julie Brooks with the Arapahoe County Sheriff's Office. She was clarifying some reports that his booking form listed his BAC at .000 -- which is the default entry if no tests have been done.

"You have to be able to hang out outside of the building, outside of Dove Valley,'' Broncos' cornerback Chris Harris Jr. said Tuesday at a charity event. "That what you need. Unfortunately, what happened with Chad, that’s unfortunate. You never want anyone to get in trouble or anything in a situation like that. We're all adults here. Everyone has to be able to handle themselves in an adult manner and hopefully he gets back on track.''

Broncos linebacker Brandon Marshall said Miller let everyone know if they were driving, they couldn't drink. Attendees who intended to drive home got yellow wristbands when they entered so they wouldn't get served. Ubers and shuttles were available for everyone, Marshall said, and security was present.

Marshall described the party as a "secure environment."

The Denver Broncos released this brief statement about Kelly's arrest.

“We are disappointed that Chad Kelly was arrested early this morning. Our organization has been in contact with Chad, and we are in the process of gathering more information.”

The Broncos are expected to discipline Kelly, though team officials are still discussing the course of action they will take.

Broncos President of Football Operations/GM John Elway spoke with Voice of the Broncos Dave Logan on Orange and Blue 760 about the incident.

"We're in the process of getting all the facts and aren't sure which direction we're going to go, but obviously we're disappointed in Chad," Elway said. "And you know when the team has a get-together, which is always a good thing when they get together, and the camaraderie of them getting together as a team, and when you have one person that kind of puts a dent in the whole process, it's very disappointing."

An NFL spokesperson told Broncos Insider Mike Klis that the league "is looking into the matter."

The Broncos drafted Kelly, the nephew of Bills quarterback Jim Kelly, with the last pick in round 7 of the NFL draft -- a selection that comes with the "Mr. Irrelevant" distinction. Kelly was arrested in December 2014, in Buffalo, according to USA Today. In that incident, he faced several misdemeanor charges for trying to fight nightclub bouncers and police officers after he and a friend refused to leave a bar, the paper reported. He eventually plead guilty to a misdemeanor charge of disorderly conduct. At the time, Kelly had signed to play football at Ole Miss.

PHOTOS | Chad Kelly Through the Years 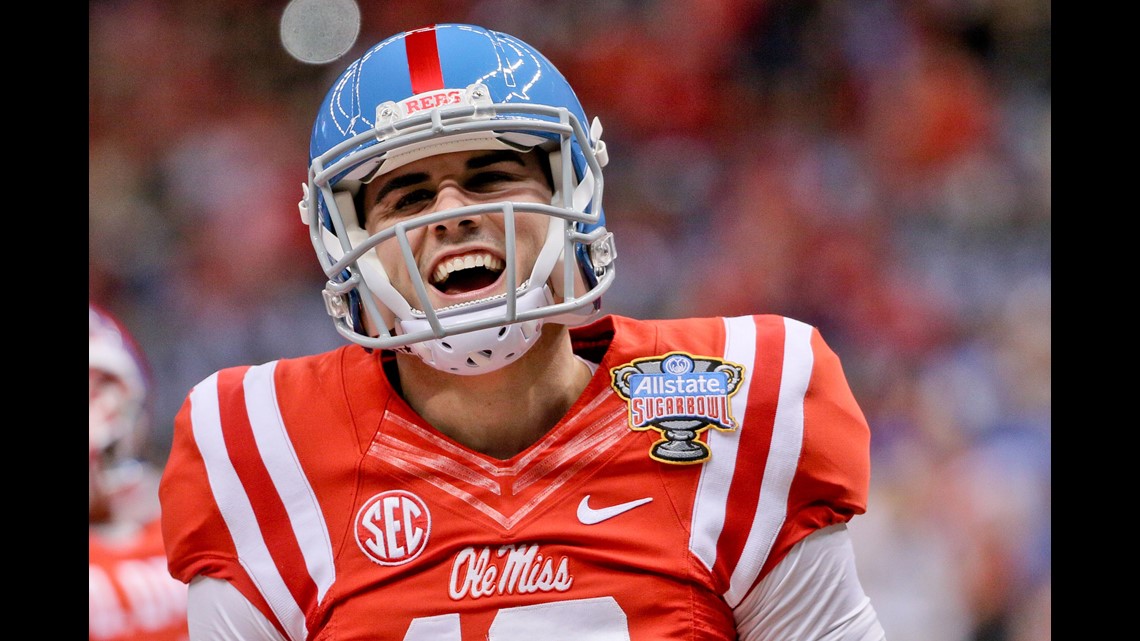