Man charged in connection with hit-and-run that killed cyclist

Preston Dorris is accused of fleeing the scene after striking and killing cyclist Chuck Vogel on the 4th of July. 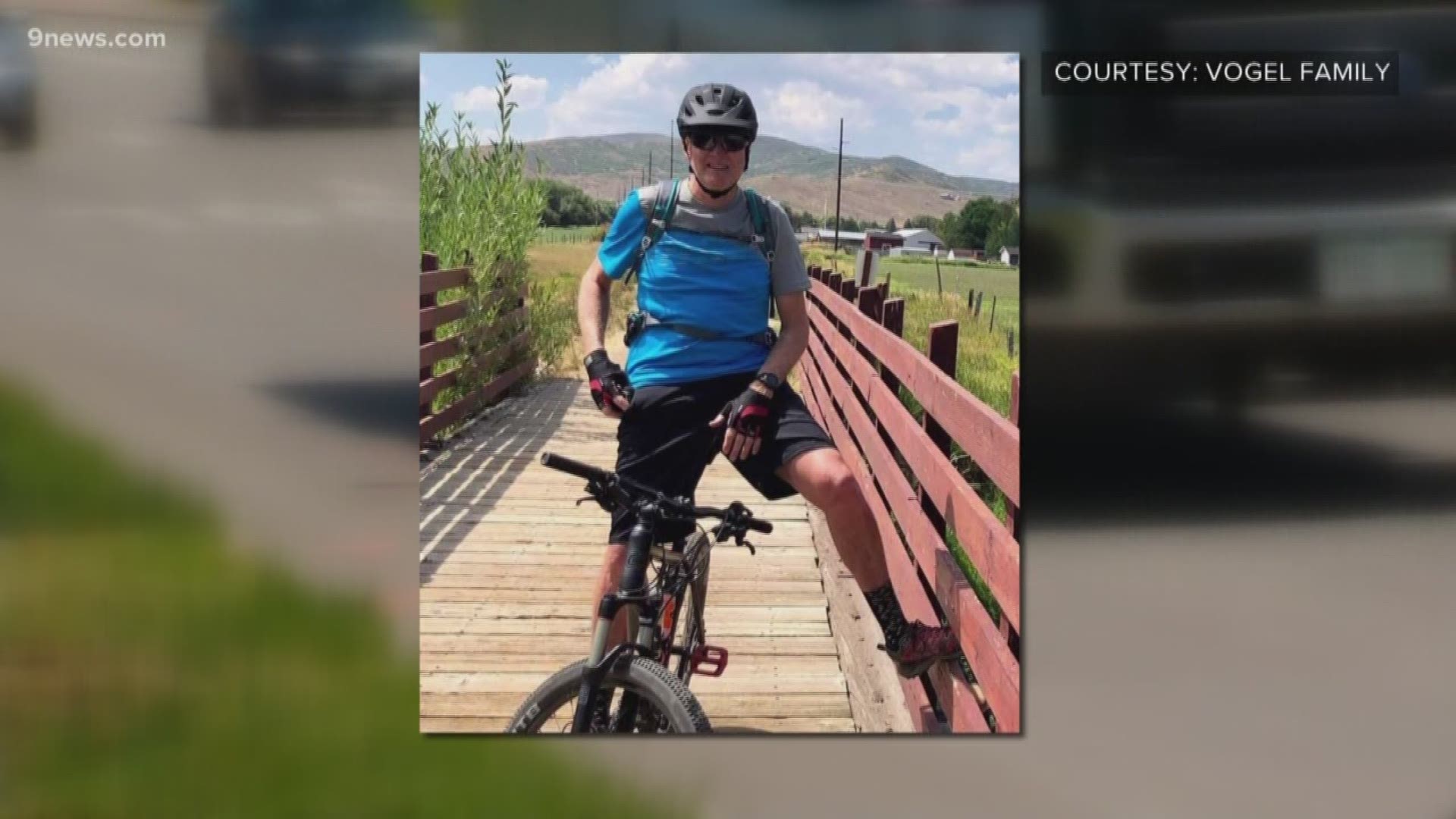 DOUGLAS COUNTY, Colo. — The man who was arrested in Nebraska nearly two weeks after a hit-and-run crash that killed a cyclist in Douglas County appeared in court Monday where he was charged with one count of leaving of an accident involving death.

Preston James Dorris, 36, was taken into custody in Scottsbluff, Nebraska on July 16 on two separate warrants-- one in relation to the hit-and-run, and one for a previous robbery charge, according to District Attorney George Brauchler.

He's accused of striking and killing cyclist Edward "Chuck" Vogel around 6:25 a.m. on July 4 on Pine and Centennial drives in Parker.

Vogel, who was about to become a grandfather, was taken to Parker Adventist Hospital where he died a short time later.

"No amount of punishment can ever bring our husband/father back, however we are dedicated to making the roads safer for all cyclists by punishing drivers like this in such a way that everyone who operates a motor vehicle will take note, and use caution when driving around cyclists," Vogel's family said in a statement last week.

Dorris was extradited to Colorado and remains in custody at the Douglas County Sheriff's Office. He faces the following charges:

Investigators found the vehicle involved in the hit-and-run abandoned in an apartment complex not far from the crash scene. There was a partially empty bottle of vodka found in the car's center console, an arrest affidavit in the case says.

According to the affidavit, the Kia Spectra was registered to the grandmother of Dorris' girlfriend.

On the night before the crash, the affidavit says Dorris' girlfriend was driving the vehicle and dropped him off at a pub on Park Meadows Drive in Lone Tree while she met up with a dealer to purchase drugs. The deal went bad and the affidavit says she met back up with Dorris but did not have the car.

Dorris accused his girlfriend of stealing money from him, according to the affidavit, and the pair got into a fight. This ended with Dorris taking the woman's keys and phones and leaving around 2 a.m. on July 4.

This is when police believe Dorris stole the Kia Spectra and eventually hit Vogel.

On July 6, Nebraska State Patrol stopped Dorris who was traveling with a different woman.

According to the affidavit, the woman told investigators Dorris admitted he was responsible for the hit-and-run telling her, "I killed somebody," and, "I hit him with the car and [expletive] took off."

The Vogel family released the following statement about the incident:

"We are so incredibly grateful to the sheriff's office, the detectives, and all law enforcement entities involved, for finding this man and bringing him in. This begins the long process of seeking justice through our criminal justice process, and our family wants to thank everyone for their work in bringing the man who killed our dad and husband, into custody.

We also want to thank the DA's office and their victim advocates, for making our family's wishes priority in this case. We are glad we have strong DAs at the helm of this case, committed to pressing all applicable charges that can hopefully (eventually) bring some sense of adequate punishment and justice here.

No amount of punishment can ever bring our husband/father back, however we are dedicated to making the roads safer for all cyclists by punishing drivers like this in such a way that everyone who operates a motor vehicle will take note, and use caution when driving around cyclists.

We would have liked to see a $1M bond or higher imposed, but we respect the Judge's decision. We know this is the beginning of this case, but our family is committed to being involved at every step, to see justice served for this heinous act - and to ensure this tragedy results in positive changes made for cycling statewide, while honoring Chuck."