Police said officers are looking for Madeline Ann Cramer, 26, in connection to significant damage caused to Cathedral Basilica on Oct. 10. 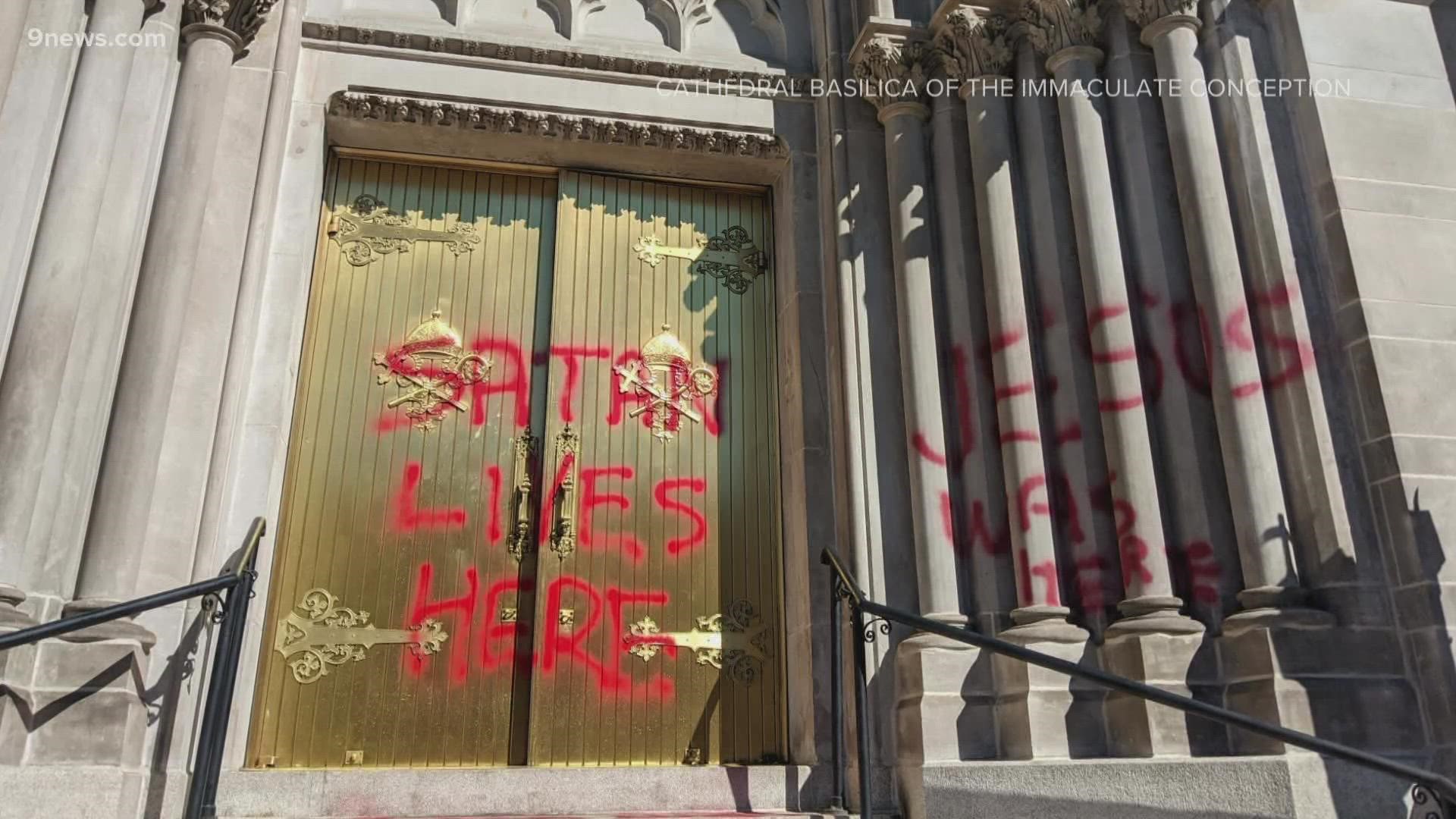 DENVER — The Denver Police Department said officers are trying to locate a suspect wanted for vandalizing a church.

According to Father Samuel Morehead, the cathedral at Colfax Avenue and Logan Street was tagged with "some of the worst graffiti the staff have seen in decades."

The graffiti included swastikas and the messages "Satan lives here" and "white supremacists."

"Being downtown near the state capitol building on Colfax, we always expect a little bit of graffiti every now and then," Morehead said. "That's okay. I mean, we don't like it, but we're used to it. But this was a whole different sort of a thing."

Cramer's whereabouts are currently unknown, and police said anyone with information is asked to contact Metro Denver Crime Stoppers.