His body was found in the backseat of a car that had been set on fire in Pleasant Ridge and Old National. 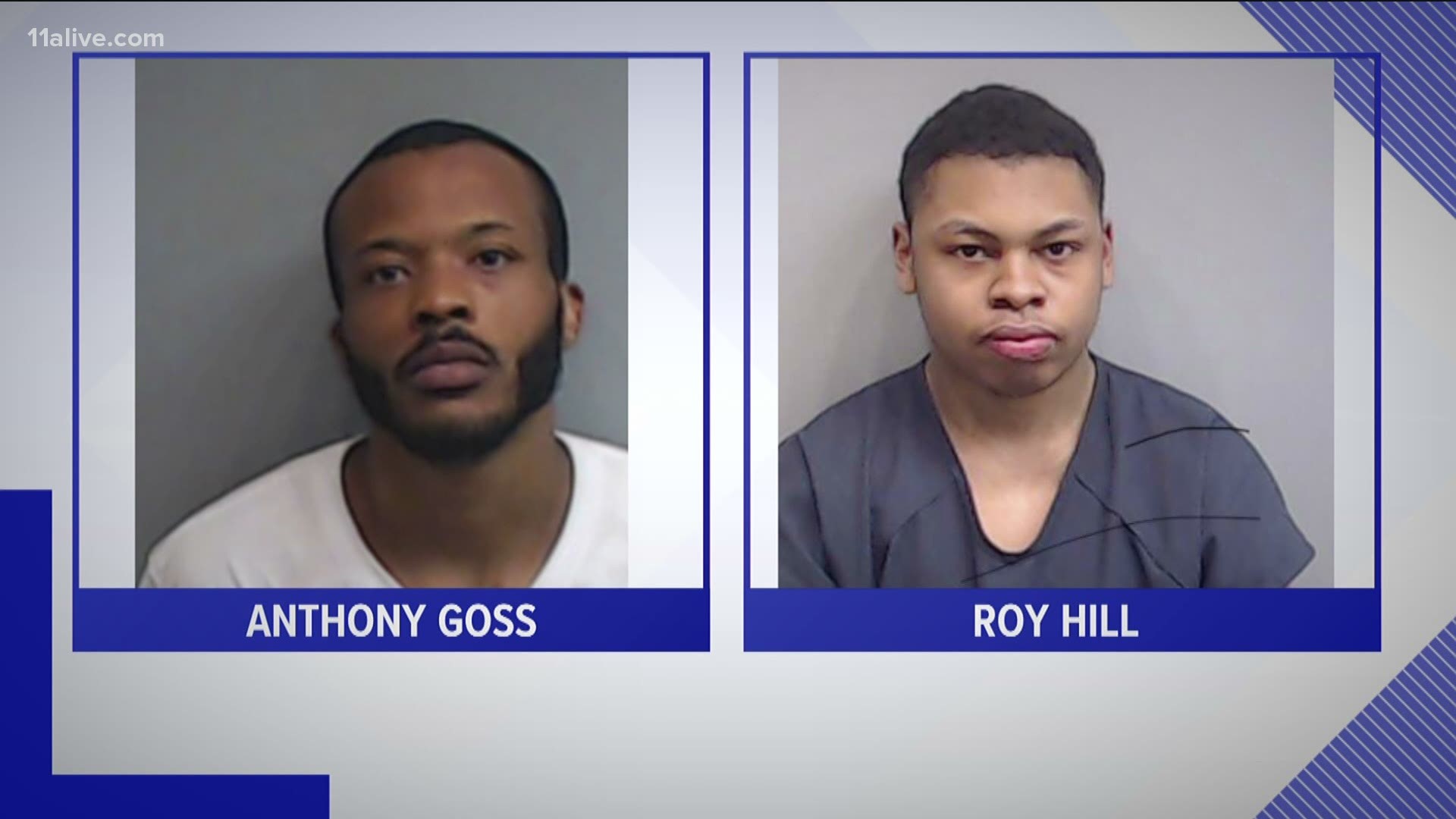 SOUTH FULTON, Ga. — Technology was the tool used to help investigators connect two men to a murder case from two years ago where authorities said the victim was found in a burned car after being kidnapped and shot.

The suspects - 31-year-old Anthony Goss and 20-year-old Roy Hill - are also facing charges in a shooting and three other homicides, including the 2019 rape and murder of Clark Atlanta University student Te'a Denise Liger, according to South Fulton officials.

The victim in the South Fulton case, Vincent Marsh, was taking out garbage near his home on Pleasant Hill Road in July of that year when things suddenly took a turn. Authorities said security camera video later showed Marsh being forced at gunpoint to withdraw cash from a Bank of America ATM on Old National Highway, police said.

“We think he was pistol-whipped because he was bleeding from his head,” Detective J. King, lead investigator on the case said in a news release.

His body was found in the backseat of a car that had been set on fire in Pleasant Ridge and Old National. Police added that the Fulton County's Medical Examiner's Office had to use dental records to make a positive identification. The victim had also been shot in the head. Police recovered a .40-caliber bullet from the car.

South Fulton Police said they were closer to resolving the case when East Point police found numerous weapons and cell phones in a rental car that Goss and Hill had. Authorities said when they tried returning it, the car was riddled with bullet holes. The suspects allegedly left the rental company, still in the car, when they were asked to fill a damage report; the police were then notified. South Fulton officials said officers questioned Hill and Goss, but there was a lack of evidence.

However, they got a break in the case finally when Goss was arrested in Henry County on an outstanding warrant. Officials said he allegedly bragged to a cellmate about a body burned in a car on Old National Highway.

A GBI ballistics expert also was able to match a gun found during the traffic stop to the bullet discovered with Marsh’s body. But technology was the ultimate tool they used to solve the case.

“One of the cell phones found in the car during the traffic stop showed in its internet history a search for a burned body,” King said in the news release.

South Fulton officials said investigators traced Goss and Hill's whereabouts on the night of the murder by tracking data from the phone.

“It’s exciting to be able to use technology to solve cases like this,” King said. “But the best part was making the call to the family of Mr. Marsh. We can never bring the loved one back, but we can let the family know that justice will be served."

The two men are already in jail for a separate case, South Fulton Police said.

In the Liger case, detectives said a carjacking progressed into a night of sexual torture and, eventually, the 21-year-old's execution. Goss was accused of murder, rape, and faces a number of other charges. Authorities said Hill was an alleged accomplice.

During a preliminary hearing in 2019, 11Alive learned the suspects accosted Liger's roommates at gunpoint as they left their apartment. Detectives said after holding the unnamed witnesses, a boyfriend and girlfriend, and taking their phones, they forced them back into the apartment, where Liger was sleeping, at gunpoint. What progressed from there was an unthinkable three-hour stretch of psychological and sexual torture and the execution-style killing of Liger, chosen at random as Goss allegedly taunted the three victims while they were forced to kneel together under a mattress.