The accusations against Justin Manter, 25, do not involve any Clear Creek students, the school district said. 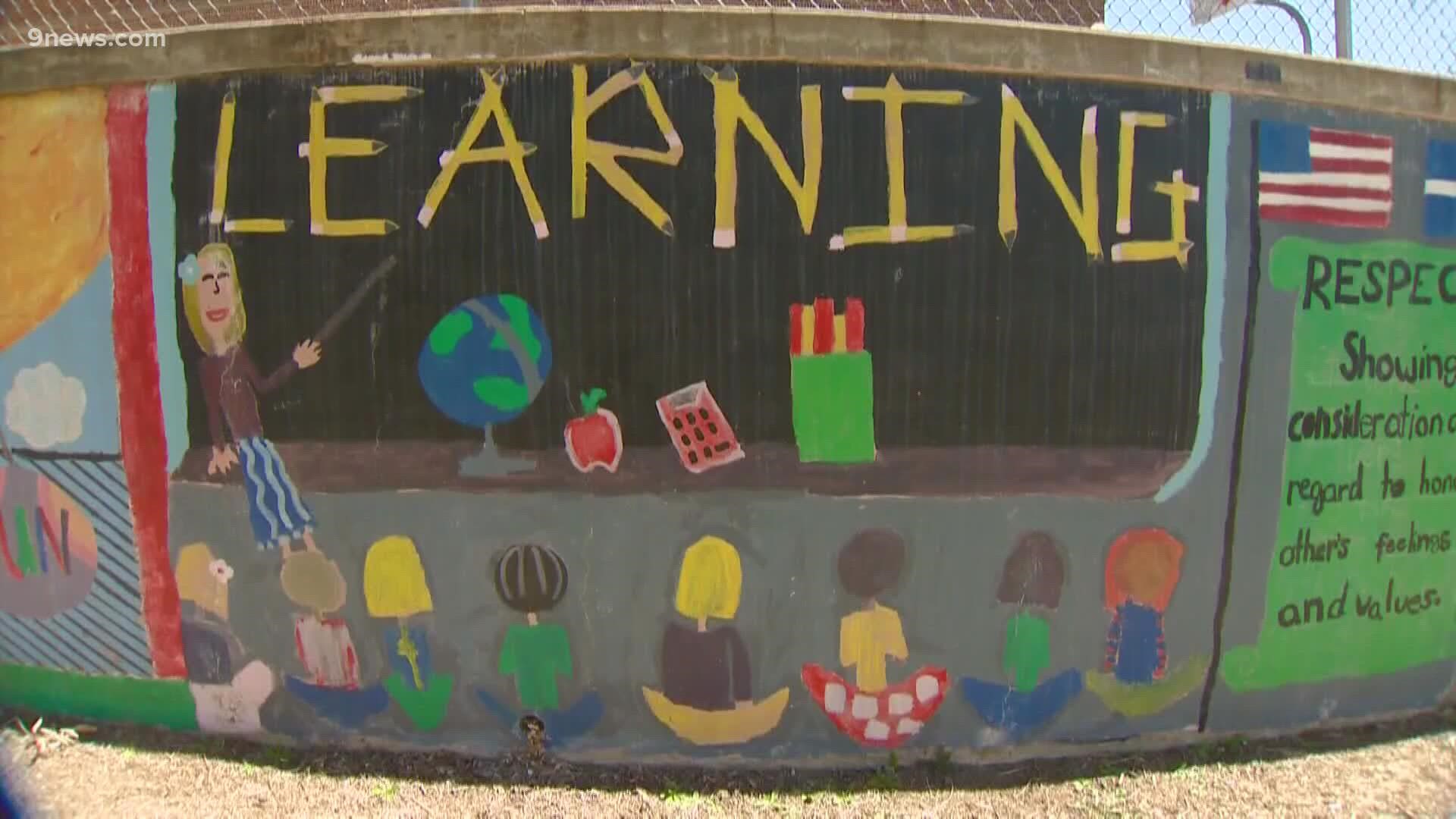 Justin Paul Manter, 25, of Lakewood was arrested Wednesday and had the following charges filed against him Thursday, the district attorney's office said:

According to the arrest warrant affidavit, investigators received multiple tips in March regarding sexually inappropriate online behavior from accounts on SnapChat and a sex forum website that were eventually linked to Manter.

Once investigators connected Manter to the accounts, they interviewed him at Clear Creek Middle School on March 10, and the affidavit says he initially denied any connection to the accounts.

The affidavit says a detective investigating Manter's phone with his permission during the interview found the SnapChat app, redownloaded it and discovered two of the usernames that were saved were mentioned in previous tips.

That's when Manter admitted he was the owner of the accounts mentioned in tips and linked to him, according to the affidavit, and said he "just wanted to tell [detectives] everything" after being advised of his Miranda rights.

Manter said he found the sex forum website in 2016 when he moved from New Hampshire to Colorado, and that he started to get into participating to the point that he was living a double life and started saying "really horrible things" online, the affidavit says.

Manter told investigators that he downloaded other apps to engage in the same behavior, and would regularly feel awful about his actions and delete the accounts before creating new accounts and starting the process over, the affidavit reads.

Manter said that thoughts expressed online were never acted upon, and that he has never been sexually involved with a juvenile, according to the affidavit.

Further investigation of the phone revealed various videos depicting child phonography and bestiality, which Manter said were sent to him, according to the affidavit.

> Video above: Talking to kids about online red flags.

CCSD said Manter taught social studies at Clear Creek Middle School after being hired at the beginning of the 2019-2020 school year.

Manter was placed on administrative leave in March of 2021, according to a letter from CCSD Superintendent Karen Quanbeck and Principal Christopher Gould. He is no longer an employee of the school district, the letter said.

CCSD also said it cooperated with Lakewood Police Department after learning about the investigation, and that the allegations Manter faces do not involve any students in the school district.

Manter is scheduled appear in court for a preliminary hearing on Dec. 14.

"Our first concern is always the students. Again, we have no evidence that students experienced anything less than professional behavior and interactions from Mr. Manter," the letter reads. "However, this new information may cause students to be impacted emotionally."

Any students struggling with the information is encouraged to reach out to CCSD's counseling staff.

RELATED: Talking to kids about online red flags can save their lives