Rogel Aguilera-Mederos was found guilty on 27 counts in all. 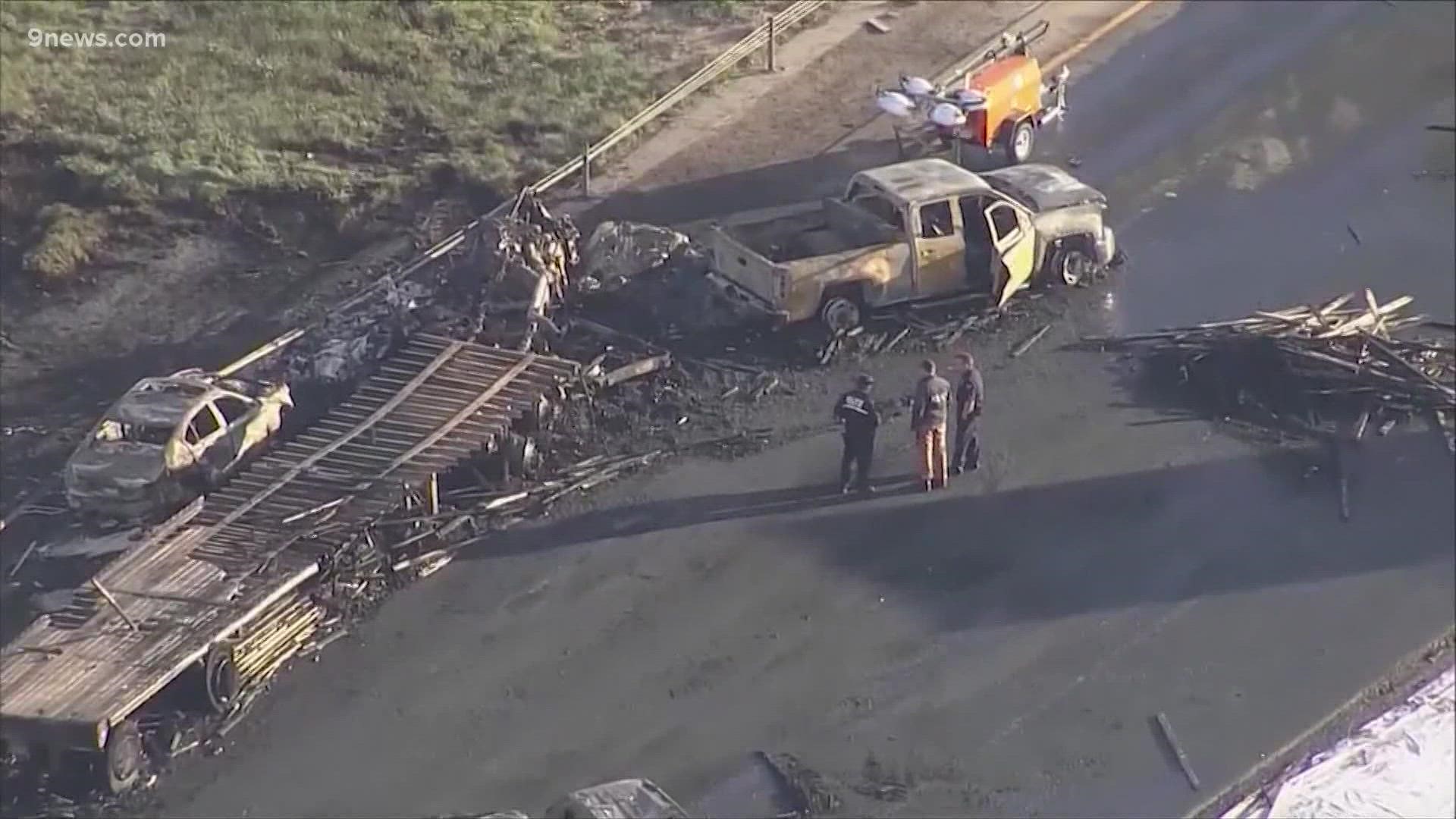 LAKEWOOD, Colo — The man accused of killing four people in a fiery crash on Interstate 70 in 2019 was found guilty of vehicular homicide in court Friday afternoon.

The most serious charges against Rogel Aguilera-Mederos, who was 23 when his semi-truck slammed into stopped traffic on I-70, were four counts of vehicular homicide, of which he was found guilty.

Aguilera-Mederos was found not guilty on 15 other counts of attempt to commit assault in the first degree.

Watch the full reading of the verdict below:

The jury had to decide if the crash resulted from a series of bad choices by the driver or a mechanical failure that the driver had no control over.

Aguilera-Mederos faced 42 counts in all. He'll be sentenced on Dec. 13.

He testified for hours on Thursday and tearfully recounted for the first time publicly his version of what happened on that day.

Both sides agreed that his truck lost brakes at some point—but they disagree on how or why that happened.

Watch the closing arguments below:

"There's only two ways this can go; either the defendant didn't catch it like he was supposed to or the defendant drove on his brakes the entire way and caused them to be that way," said Deputy District Attorney Kayla Wildeman.

The defense countered that the brakes were bad on the trailer before Aguilera-Mederos left Texas days earlier and that he should not be blamed for parts that were not properly maintained.

"Had those trailer brakes been operable and had they been functioning and properly maintained before that trailer left Houston, this accident never would have happened," said defense attorney James Colgan. "Mr. Mederos had no idea that what he was dragging behind him from Houston was an inoperable trailer. He had no idea that when he needed those trailer brakes they weren't going to exist."

After the brakes were out, prosecutors argued that Aguilera-Mederos made a series of bad choices which resulted in the crash. One of them being his failure to use a runaway truck ramp on the highway.

"He saw that ramp," said Wildeman. "But what he did was a cost benefit analysis. He looked at it and said I can baby this down the hill. I can get this down and so he goes past it. And it's not until he sees the traffic that he realizes, 'Oh crap.' He made a choice. He chose to pass that."

Colgan argued that it wasn't on purpose and that at the time he passed the ramp Mederos was weaving on the highway to avoid cars.

"Contrary to what the prosecution has said, he didn't purposely avoid the runaway truck ramp. He was moving in and out of traffic," said Colgan. "Maybe there was some tunnel vision going on here. If anyone has ever been under stress, especially unexpected stress just think about that for second. You focus on one thing."

Colgan also said it wasn't obvious where this ramp was.

"And if this is the first time you've ever driven it under a period of unexpected stress, it's unfair to say, well you purposefully avoided that runaway ramp. That isn't what happened."

After losing his brakes, Mederos himself said Thursday that he planned to stay on the shoulder until he could get to more flat area and slow the truck down.

"The decision I took was that I was going to continue on the shoulder, but there was another 18-wheeler that was parked there underneath the bridge," he said.

He said he tried to use a space in between the truck and the car next to it on the left, and began swerving between cars "like a snake" because he was trying to avoid the vehicles.

"So the semi was here. So what I did was to hit the trailer, which is something that is bigger, so that the truck would slow in speed, but once I hit it, I was not able to control anything," he said.

Four people died instantly from the impact: Doyle Harrison, William Bailey, Miguel Angel Lamas Arellano and Stanley Politano. It is believed they all died from injuries sustained in the crash, not the resulting fire.

Wildeman said that the commercial driver's license manual tells drivers exactly what to do if there no ramp. So she argued he had other options after passing it.

"He didn't care about the other people on the road; he cared about himself," she said. "He was all the way in the left lane – swerved all the way over the shoulder. He saw that Beauty Mattress truck pulled up – came up and he thought, 'If I hit that truck, I'm going to die.' So then he swerved into traffic."

Colgan admitted that Mederos was "overwhelmed" and even inexperienced, but he made the best decisions he could given the position he found himself in.

"The truth of the matter is that by the time this truck got to the bottom of the hill, there were no options available. All the options were not available where no one was going to get hurt," he said. "It's easy to be an armchair quarterback. It's very easy to say 'This is what I would have done.' But the fact that Mr. Mederos was not willing to commit suicide doesn't make him a killer." 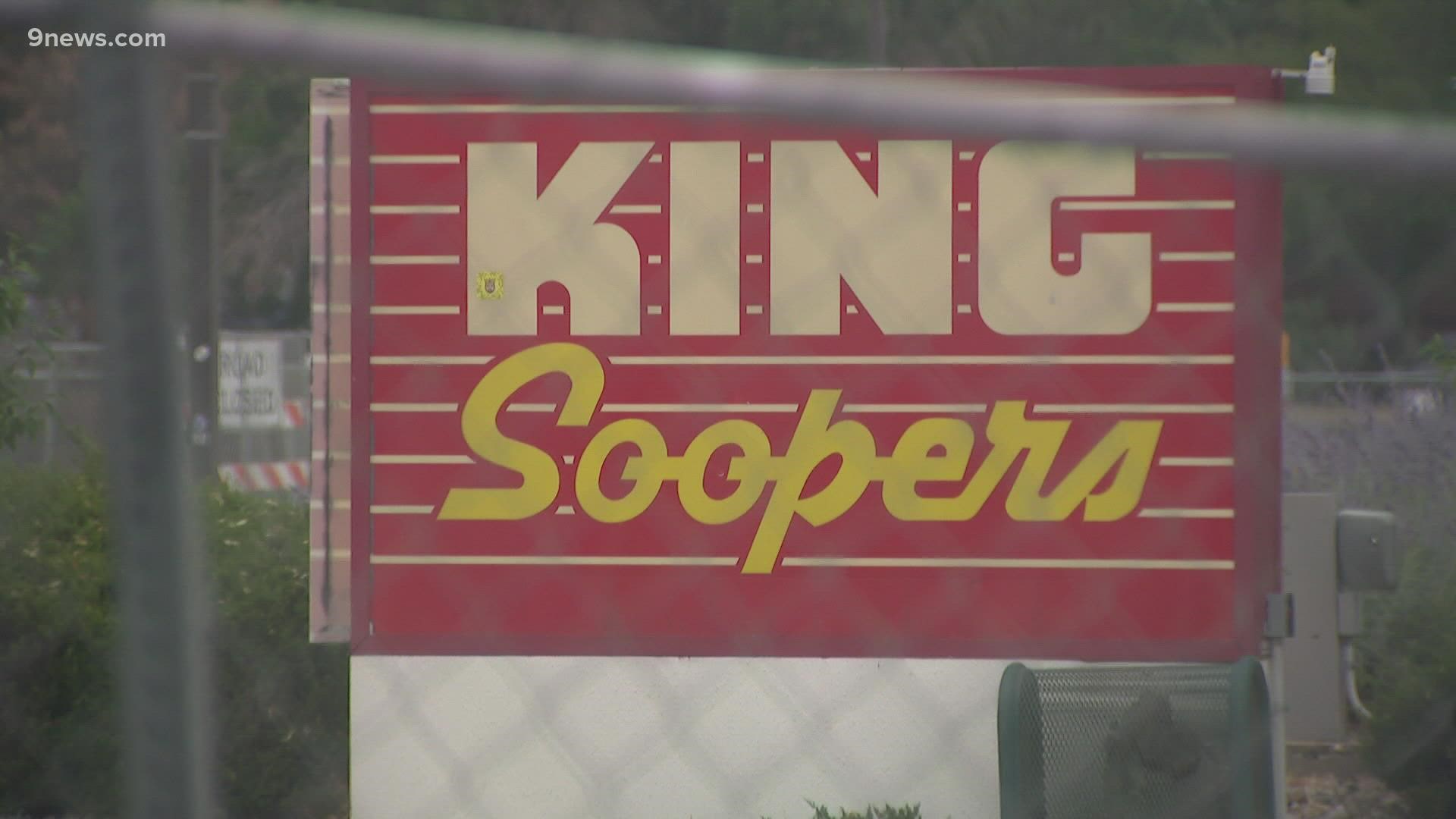