Terrell Ephriam was brutally attacked and stabbed on a pedestrian bridge in Aurora on Feb. 26, 2014. 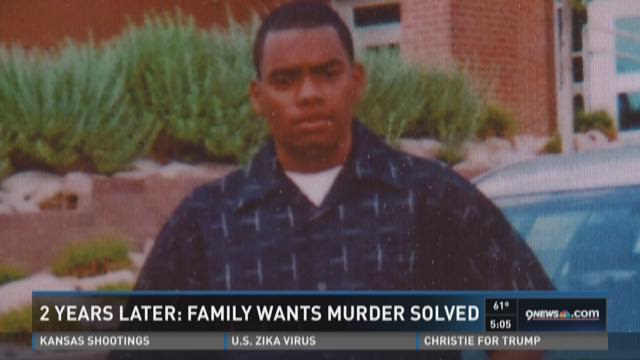 "I think we're always really hopeful with these cold cases that there is somebody out there with some information and I don't know what it takes to compel these people to come forward, but just know that there's a lot of people out there the police department, the family who are really trying hard to solve this case and get justice for the victim," said Bill Hummel with APD in 2017.

Ephriam, who had a developmental disability, was a student at Crossroads Transitions Center within the Aurora Public School District.

"The people who knew and worked with him were significantly impacted by his life," said program director Kathy Fisher in 2014.

Terrell Ephriam, a special education student, was stabbed to death in Aurora on February 26, 2014.

Police are asking anyone who may have witnessed this incident or has any information on this case to please call Agent Matt Ingui with the Major Crimes Homicide Unit at (303) 739-6067.

They can also call Crime Stoppers at 720-913-7867 or by visiting metrodenvercrimestoppers.com. Tipsters can remain anonymous and may be eligible for a reward of up to $2,000.

RELATED: 50 years and still no answers: Who killed Marilee Burt?