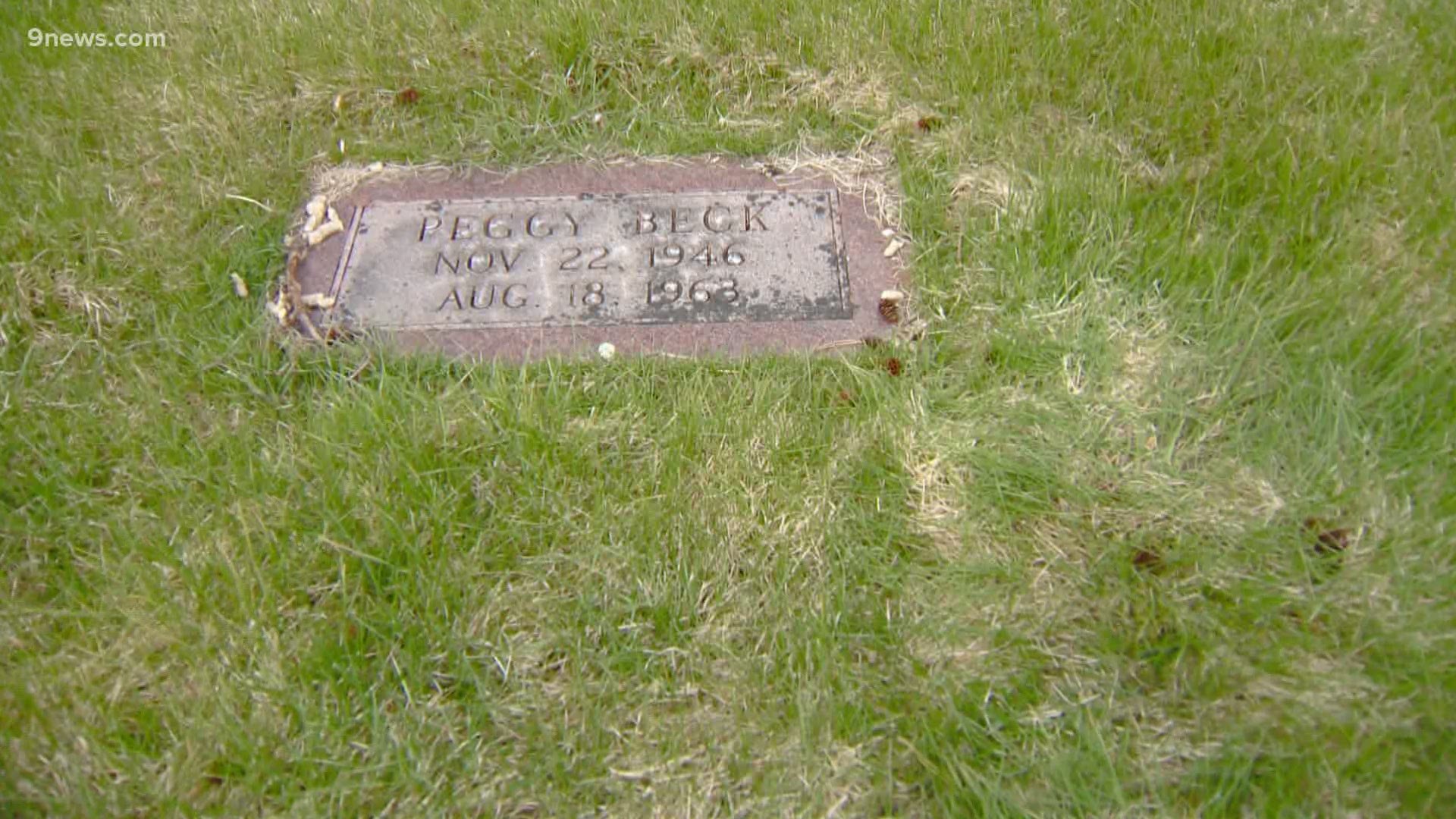 GOLDEN, Colo. — An 80-year-old man has been identified as a suspect in the murder and sexual assault of a teenage girl at a Girl Scout camp in Jefferson County nearly 57 years ago, the Jefferson County Sheriff's Office (JCSO) announced Thursday.

JCSO said an arrest warrant was issued in March for James Raymond Taylor, who was born in December 1939. He was linked to the 1963 killing of Margaret "Peggy" Beck through genetic genealogy testing, JCSO said.

Peggy was 16 when she was found dead inside a tent at a Girl Scout camp at the Flying G Ranch near Deckers on Aug. 18, 1963. She was found after she failed to show up for breakfast and her tentmate became concerned and went to check on her, the Sheriff's Office said.

At the time of her death, Peggy lived with her parents and three younger sisters in Edgewater, the sheriff's office said. Two of her sisters are still alive.

"This is the reason we do this work," Jefferson County Sheriff Jeff Shrader said.

"Peggy was a beautiful young girl who loved life," her family said in a statement. "She was loving and protective of her family and we will cherish the memories we had with her forever. We would like to thank the Jefferson County Sheriff's Office for all their work."

The identity of Peggy's attacker — who is accused of sexually assaulting and strangling her — had remained unknown for decades.

"She was very excited when she got the opportunity to go to the Mile High Girl Scout Camp Counselors Camp because it was the first time she was going as a counselor," Shrader said.

What ultimately resulted in the solving of the decades-old case started in 2007, when evidence originally collected at the crime scene led to the creation of a John Doe DNA profile. The profile was later entered into the Combined DNA Index System (CODIS).

More than a decade later, in June 2019, a more complex profile was created. The updated profile was sent for investigative genetic genealogy testing, which was the key to finding Beck’s accused killer, according to the sheriff's office.

The Jefferson County Sheriff's Office said Thursday it cracked the case after submitting the DNA profile to United Data Connect in October 2019. Through it, the sample was matched to a close relative of Taylor, JCSO said.

"It is my understanding, this is the oldest in history solved through genetic genealogy," said Mitch Morrissey with United Data Connect. "No other case this old has been solved, we consider it solved."

Investigators located and met with Taylor's immediate family members and said they cooperated and were "integral" in confirming that he was the suspect in the case.

They said Taylor was married in Colorado in 1961 and had a child in Colorado in the early 1960s. They also said during that time period he worked at a television repair shop in Edgewater. Although that is where Peggy lived, investigators said they don't have any evidence that he was connected in any way to Peggy, her family or the Girl Scout camp.

"We have spent several months searching for James Taylor with no luck," cold case detective Elias Alberti said. "We have no idea where he's at."

Taylor's last known whereabouts are in the Las Vegas area in 1976, JCSO said.

"James Taylor does have a criminal history in 1972 and 1974 in the Las Vegas area," Alberti said.

Details about his criminal history were not released.

Alberti conceded it's possible Taylor is no longer alive. At this time, he can't prove that he is deceased and no family members have had any contact with him since the 1970s, investigators said.

"Even though we're unable to find him and locate him, there is a chance the general public out there may know James Taylor, may know his whereabouts," Alberti said. "He would be 80 years old, 81 at the end of this year. There might be people out there that would assist the sheriff's office in locating him."

The sheriff's office declined to provide certain details about the crime and Taylor's criminal history, saying it's still an open investigation.