Colorado woman one of 2 FBI agents killed in South Florida

Special Agent Laura Schwartzenberger, 43, was born in Pueblo and joined the FBI in 2005, the FBI said, and was reassigned to FBI Miami in 2010. 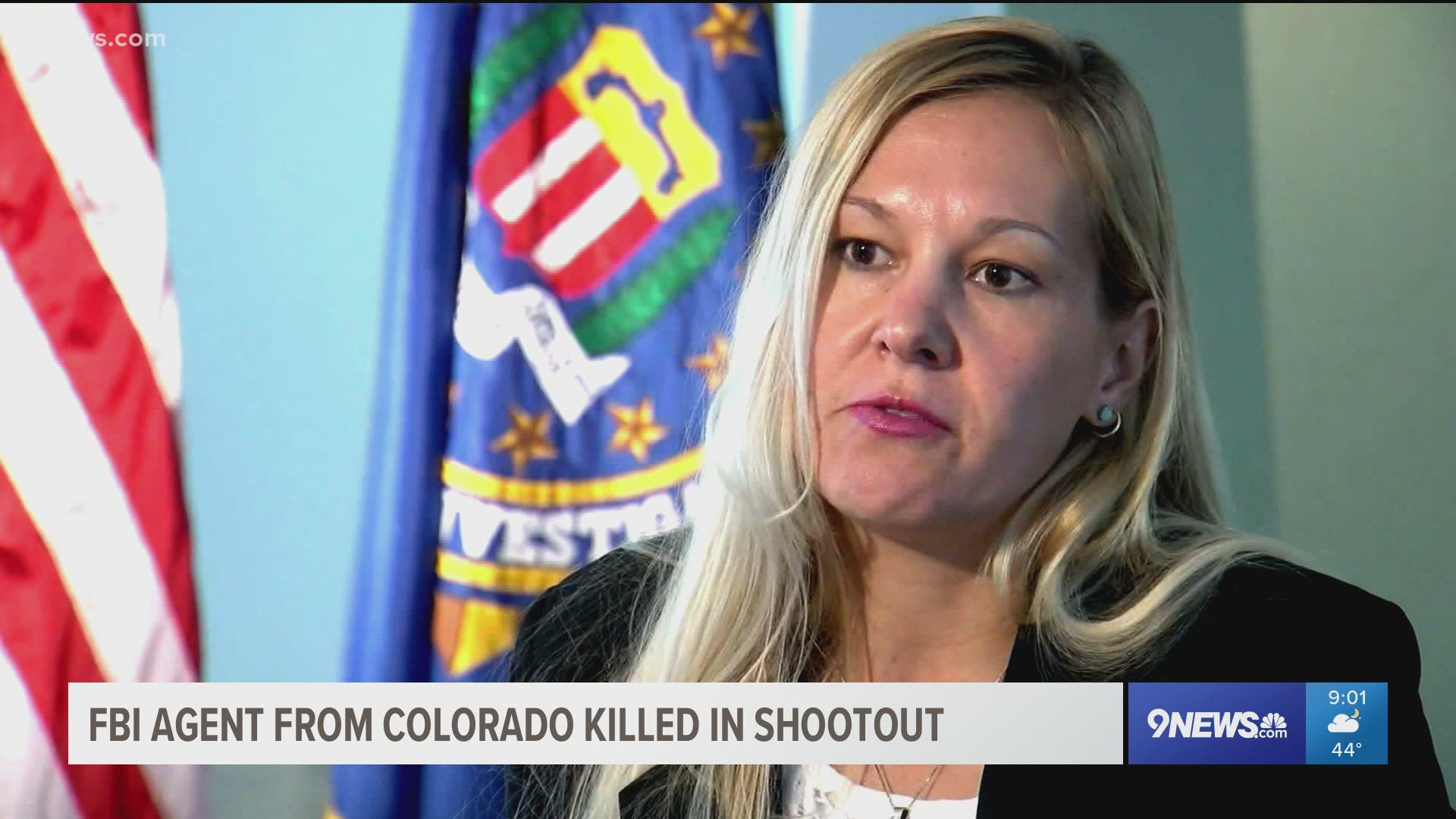 SUNRISE, Fla — A woman from Colorado has been identified as one of two FBI agents killed Tuesday after a standoff with a shooter in South Florida, according to the agency.

Special Agent Laura Schwartzenberger,43, was born in Pueblo and joined the FBI in 2005, the FBI said. She was reassigned to FBI Miami in 2010 and has worked crimes against children cases for over seven years.

Three other agents were injured in the incident in the Fort Lauderdale suburb of Sunrise.

The shooting happened around 6 a.m. in a neighborhood of single-family homes, duplexes and apartment buildings located west of Fort Lauderdale, near the Everglades.

The FBI agents had come to the apartment complex to serve a federal search warrant in connection with a case involving violent crimes against children, according to FBI Miami Special Agent Michael D. Leverock.

Special Agent Daniel Alfin was the other person killed in the shooting, the FBI said.

Florida Gov. Ron DeSantis expressed his condolences to the families of the fallen FBI agents Tuesday during an unrelated news conference.

Schwartzenberger is survived by her husband and two children.

WTSP in Tampa Bay contributed to this story.