The FBI said Thomas Hamner, 48, of Peyton faces multiple charges in connection to the insurrection in Washington, D.C., on Jan. 6, 2021. 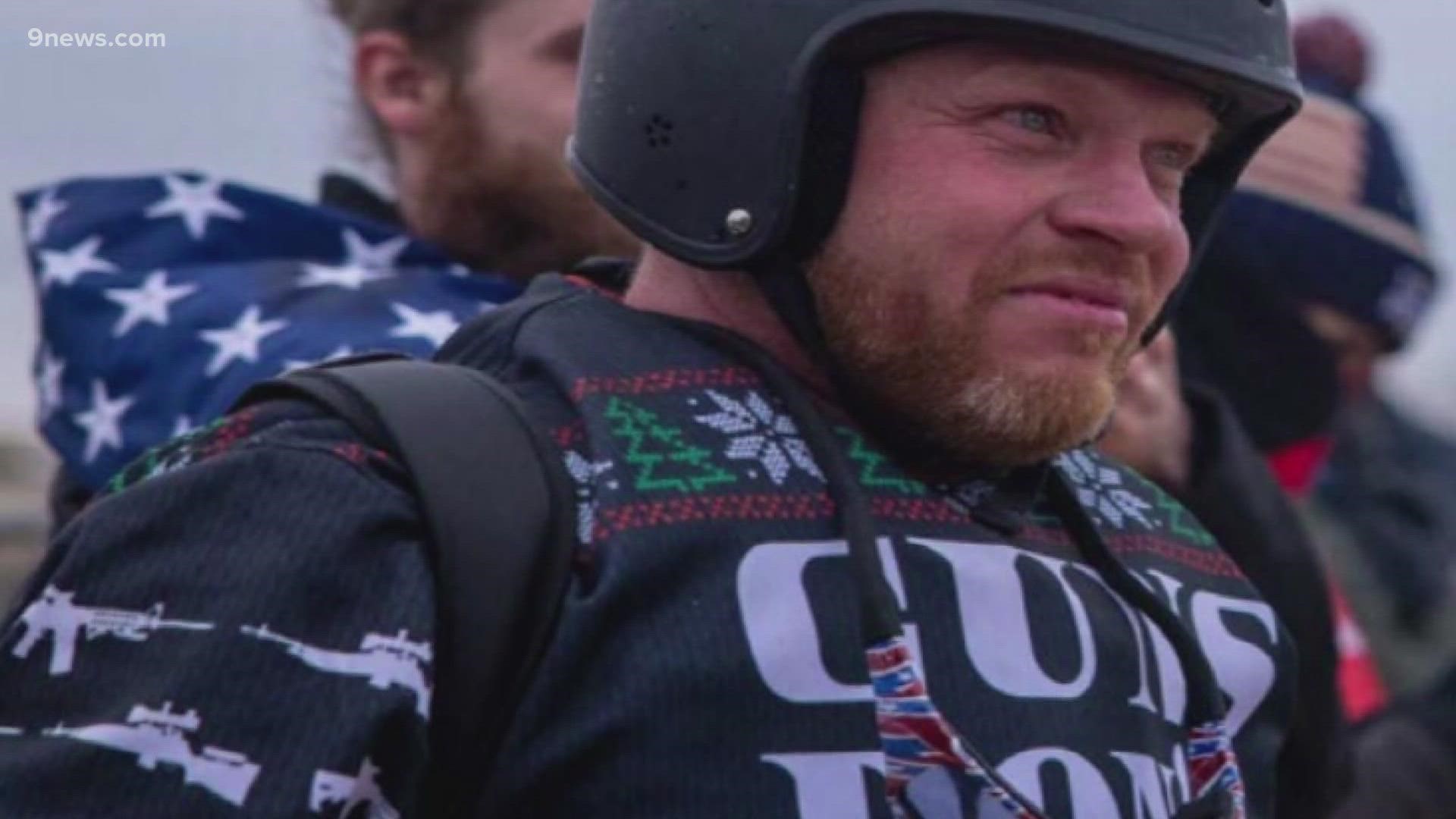 PEYTON, Colo. — A Colorado man was arrested Tuesday in connection to the insurrection at the U.S. Capitol on Jan. 6, the FBI said.

Thomas Patrick Hamner, 48, of Peyton, was arrested in Colorado Springs and faces multiple charges, including the following, according to the FBI:

According to court documents, video footage shows Hamner fighting with officers from U.S. Capitol Police and the Metropolitan Police Department at one of multiple bike rack barrier lines that were formed by officers, according to the FBI.

The FBI said Hamner was also seen about 1:40 p.m. joining other rioters in pushing a large metal sign into a defensive line formed by officers, according to court documents.

Stills of the videos, taken from court documents, can be seen below:

The FBI said it located a Telegram account with the profile picture below that appears to show the same individual in the same sweater saying "Guns don't kill people, Clintons do," at the Washington Monument, court documents say.

Investigators were able confirm with Verizon that a phone number associated with the account is subscribed to Hamner's wife at the same address as the former home address listed on his Colorado driver's license, according to court documents.

The phone number is also registered with the Better Business Bureau for a Colorado Springs businesses with the same address as Hamner's former home and owned by principle owner "Mr. Tom Hamner," court documents say.

A witness who had personal contact with Hamner also confirmed that he is the person seen in the videos and photographs, according to court documents.

RELATED: Colorado man who participated in US Capitol riot sentenced to community corrections

The case is being prosecuted by the U.S. Attorney’s Office for the District of Columbia and the U.S. Department of Justice National Security Division’s Counterterrorism Section.

Hamner is the 11th Coloradan arrested in connection to the Jan. 6 insurrection. The FBI said more than 675 individuals have been arrested nationwide, including more that 210 charged with assaulting or impeding law enforcement officers.