Glenn Wes Lee Croy of Colorado Springs pleaded guilty to parading, demonstrating or picketing in a capitol building during a court hearing Monday. 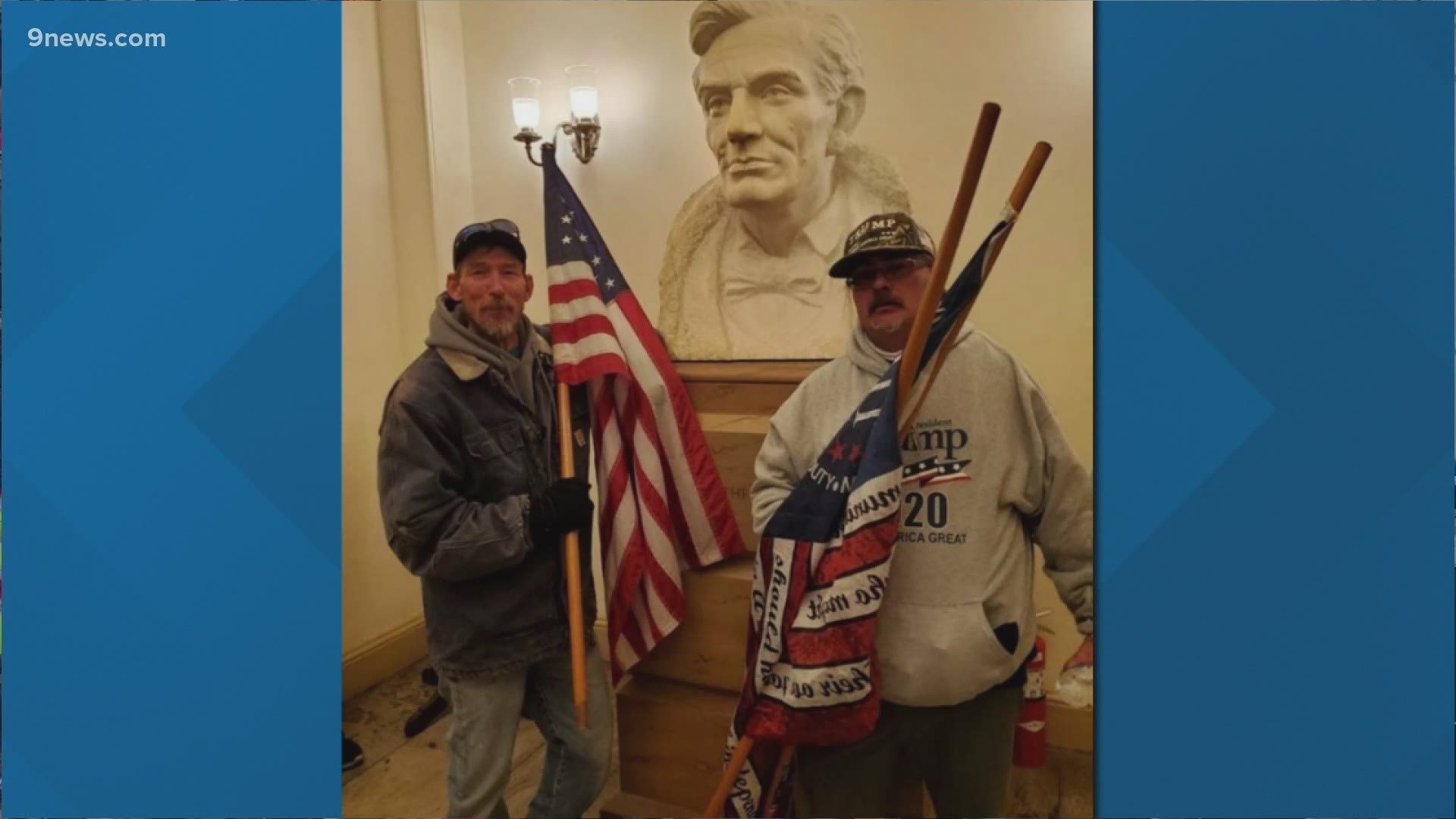 WASHINGTON — A Colorado man charged in connection to the riot at the United States Capitol on Jan. 6 accepted a plea agreement Monday morning.

Glenn Wes Lee Croy of Colorado Springs pleaded guilty to parading, demonstrating or picketing in a capitol building during a court hearing in Washington, D.C.

Croy was first arrested in Colorado Springs on Feb. 17 on the charge he pleaded guilty to and three additional counts:

Sentencing is scheduled for noon on Friday, Oct. 15.

As part of the plea agreement, Croy agreed to pay $500 restitution in connection to damage caused inside the Capitol, and he also agreed to assist continuing investigations into the Jan. 6 insurrection.

According to the arrest warrant, Croy was among those who entered into the Capitol building during the riot.

Court documents say the man pictured above on the left was identified as Terry Lynn Lindsey from Ohio.

The inside video shows at least one other person dressing up a statue with a hat and glasses, other statues already dressed up and a crowd of people inside the Capitol, court documents say.

The outside video is filmed from the scaffoldings and shows protesters below, according to the court documents.

The FBI also obtained the body camera footage below from Metropolitan Police Department that depicts Croy inside the Capitol Rotunda with red circles added by investigators, court documents say:

The same person who received the Facebook messages also told investigators, according to court documents, that Croy had a Twitter account "@croy_wes" that replied to a tweet by Rep. Lauren Boebert (R-Colo.) saying “Who is going to be in DC on January 6th to stand with President Donald Trump?”

Croy was released from custody in February on a $5,000 unsecured bond. Bond conditions include remaining in Colorado, staying away from Washington, D.C. and staying away from any Colorado government buildings unless authorized.