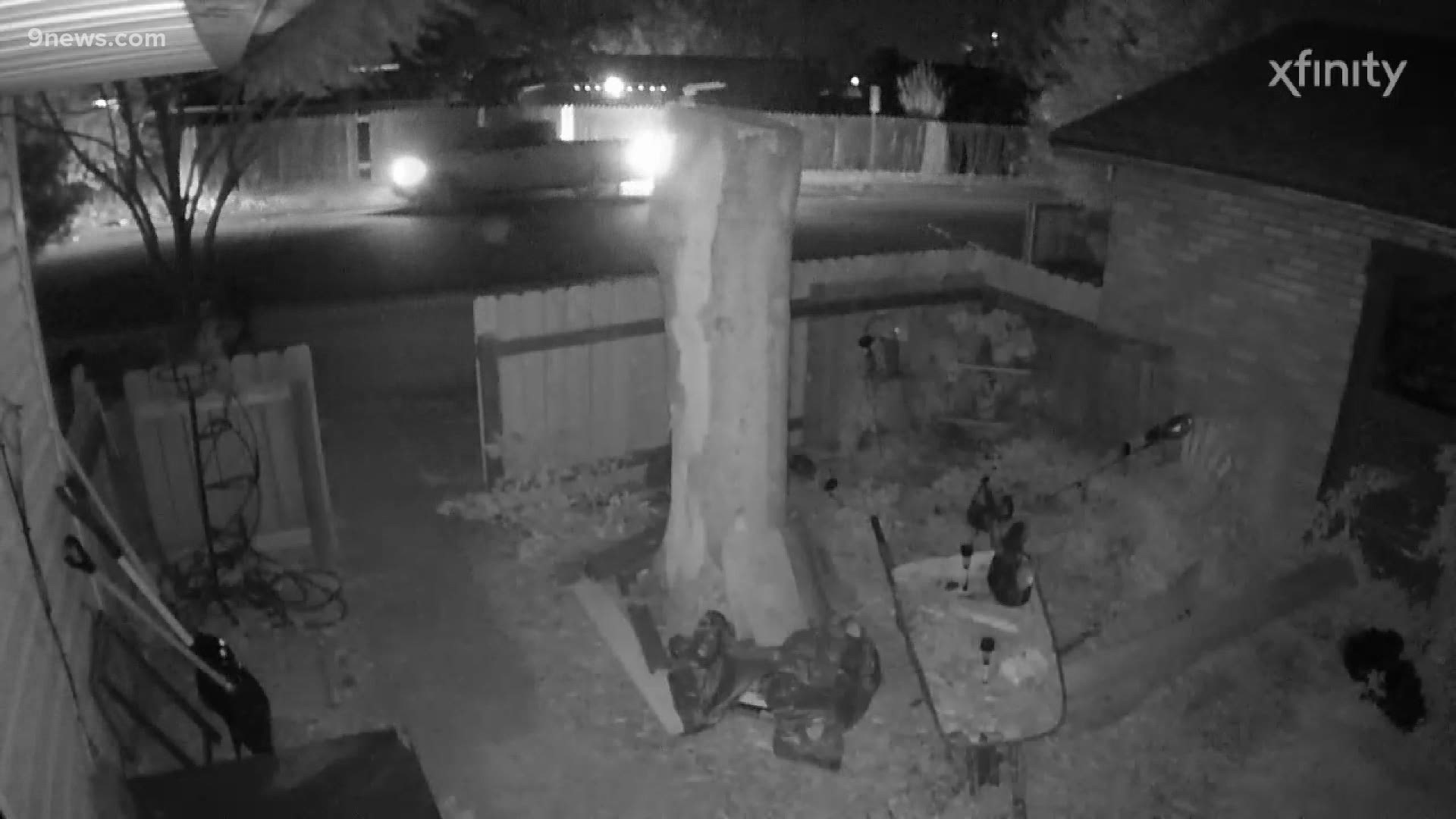 COMMERCE CITY, Colo. — Commerce City Police (CCPD) released surveillance video of truck they said was connected to a cooler that exploded on the sidewalk just outside the fence of a home early Wednesday morning.

Officers responded to the explosion in the 5200 block of East 67th Avenue around 3 a.m. That's near East 64th Avenue and South Holly Street.

Once there, officers located a small plastic cooler that had exploded and was on fire, CCPD said.

The South Adams County Fire Department also responded and put out the fire. No injuries or damage from the fire and explosion were reported.

Police released a video of a truck they said was occupied by at least two people, however, they're not releasing descriptions of those individuals at this time.

The video shows the truck drive by the home before it's out of sight of the camera. A short time later, the truck comes back into frame from the other direction and drives past the home and stops.

Someone, who is mostly obscured in the video, is seen lifting something out of the bed of the truck and placing it on the ground. Police also released a photo of the burned cooler.

CCPD and the South Adams County Fire Department are jointly investigating the incident.

Anyone with information about this incident or the truck is asked to contact the CCPD Tip-line 303-289-3626.

RELATED: Bronze statue of US first lady is unveiled in Slovenia