COVID-19 continues to cause delays in justice system, keeps criminal suspects out of custody

District Attorney Peter Weir said, "We have dangerous individuals in our community that should be in custody." 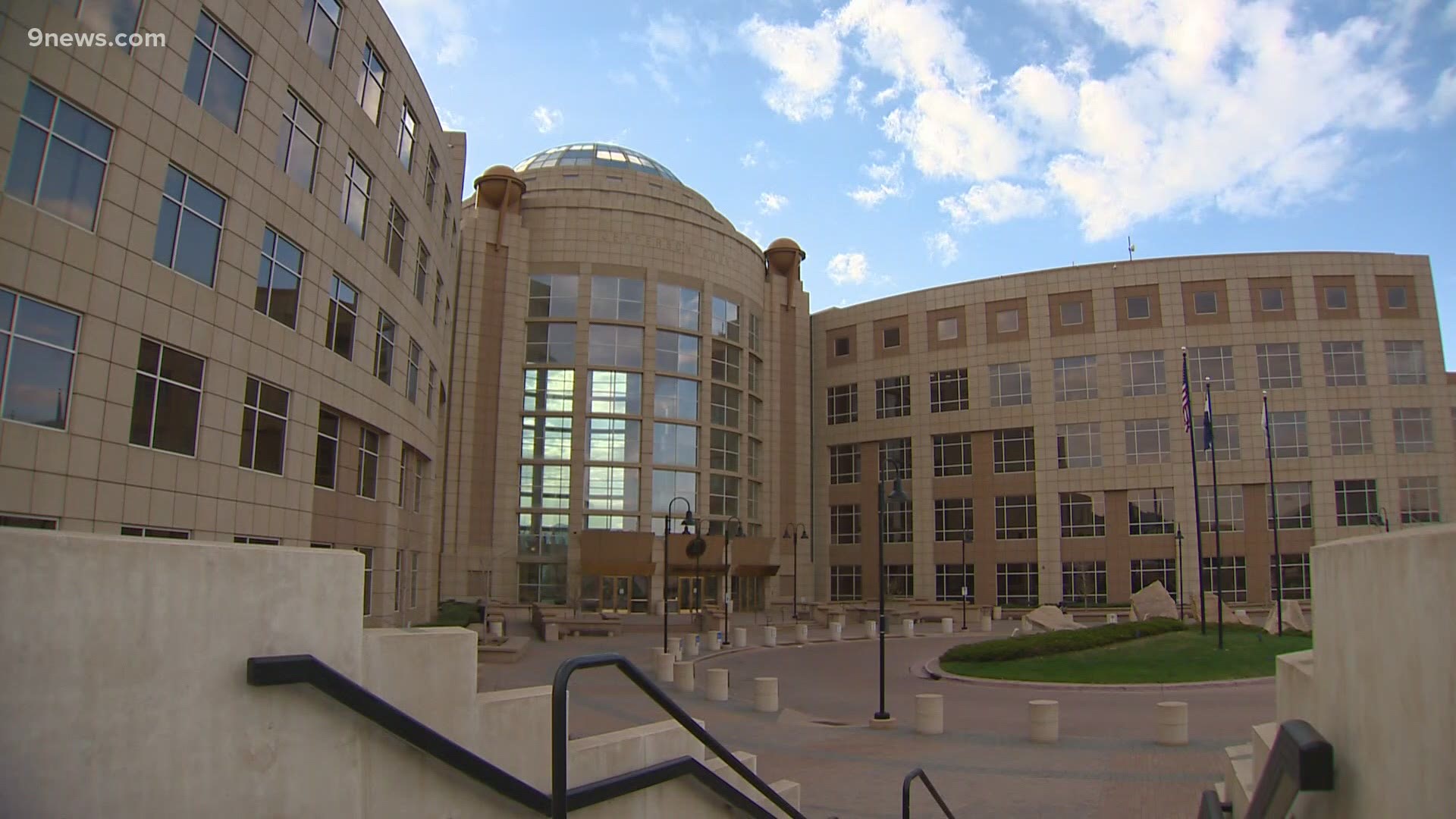 GOLDEN, Colo. — Even as trials resume in Colorado and some jails begin to accept more inmates, Colorado's criminal justice system is not functioning as it did before March.

"The COVID-19 pandemic has caused all of us to do business differently," said Peter Weir, the district attorney for the First Judicial District, which covers Jefferson and Gilpin counties.

Before March, the Jefferson County Detention Center was packed because budget cuts forced the sheriff to close a floor of the jail. It was so crowded that a former inmate told 9NEWS inmates couldn't fit at the tables to eat meals.

That led the sheriff and Weir to release people early on "personal recognizance" bonds.

"So some very difficult decisions were made by my staff and the courts," Weir said.

That was before COVID-19, when a crowded cafeteria didn't cause a public health crisis. Since March, they've released more inmates, and many people who have been arrested were never brought inside the jail.

"With that, we have dangerous individuals in our community that should be in custody," Weir said.

Just last week, Mathew Paul was suspected of killing a man and was later shot and killed by police.

RELATED: Suspect in Lakewood Walmart shooting has been arrested 38 times since 1992

Paul had gotten in trouble just a month before when Wheat Ridge Police said he drove drunk and crashed into their patrol car on Aug. 9.

He was hospitalized and discharged before police could arrest him. But even if police had arrested him, Weir said he likely wouldn't have stayed in jail.

“Given all the difficult decisions that the courts have to make right now with the limited resources," Weir said, "lower level offenses, even someone as dangerous as Mr. Paul with the drinking and driving, may very well have been out very, very quickly."

Justice for the victims and defendants is slow, too. Weir said there are more than 200 felony cases set for trial in his district, but the system will only be able to try 30-40 of them.