The graffiti was discovered by staff Friday morning and covered up before students arrived, a Cherry Creek School District spokesperson said. 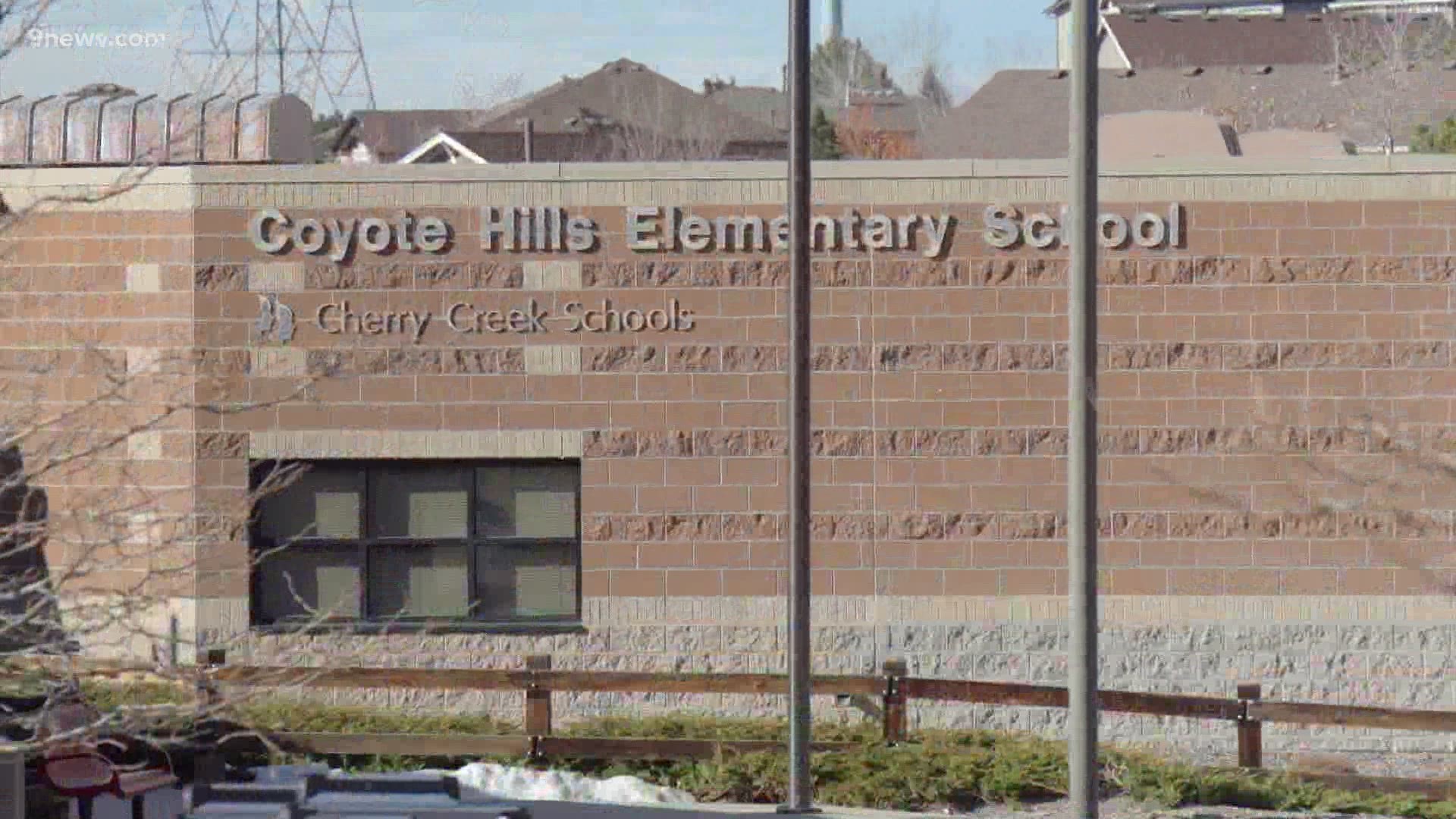 AURORA, Colo. — Two juveniles have been identified and taken into custody in connection to racist graffiti that was found at Coyote Hills Elementary School, Aurora Police Department APD said on Wednesday.

The school's playground was vandalized with the graffiti on Friday, according to a spokesperson for Cherry Creek School District.

The graffiti was discovered by staff Friday morning and covered up before students arrived, the spokesperson said.

Because the suspects are juveniles, APD said it will not be releasing their names.

In a letter to Coyote Hills families, Pohlmann said the graffiti included both racist messages and sexual images.

"Cherry Creek Schools will not tolerate racism in any of our schools, Pohlmann wrote."

"Our greatest responsibility as a school district is to provide safe and welcoming schools where students of every race, ethnicity, religion, gender and sexual orientation feel valued and supported," Pohlmann added.

Pohlmann said the school had surveillance video of the incident that shows what appears to be two teenage males defacing the playground, and that they worked with law enforcement to investigate the incident and hold the teens accountable.