Brad Brubaker was killed in the crash near West 32nd Avenue and North Lowell Boulevard. 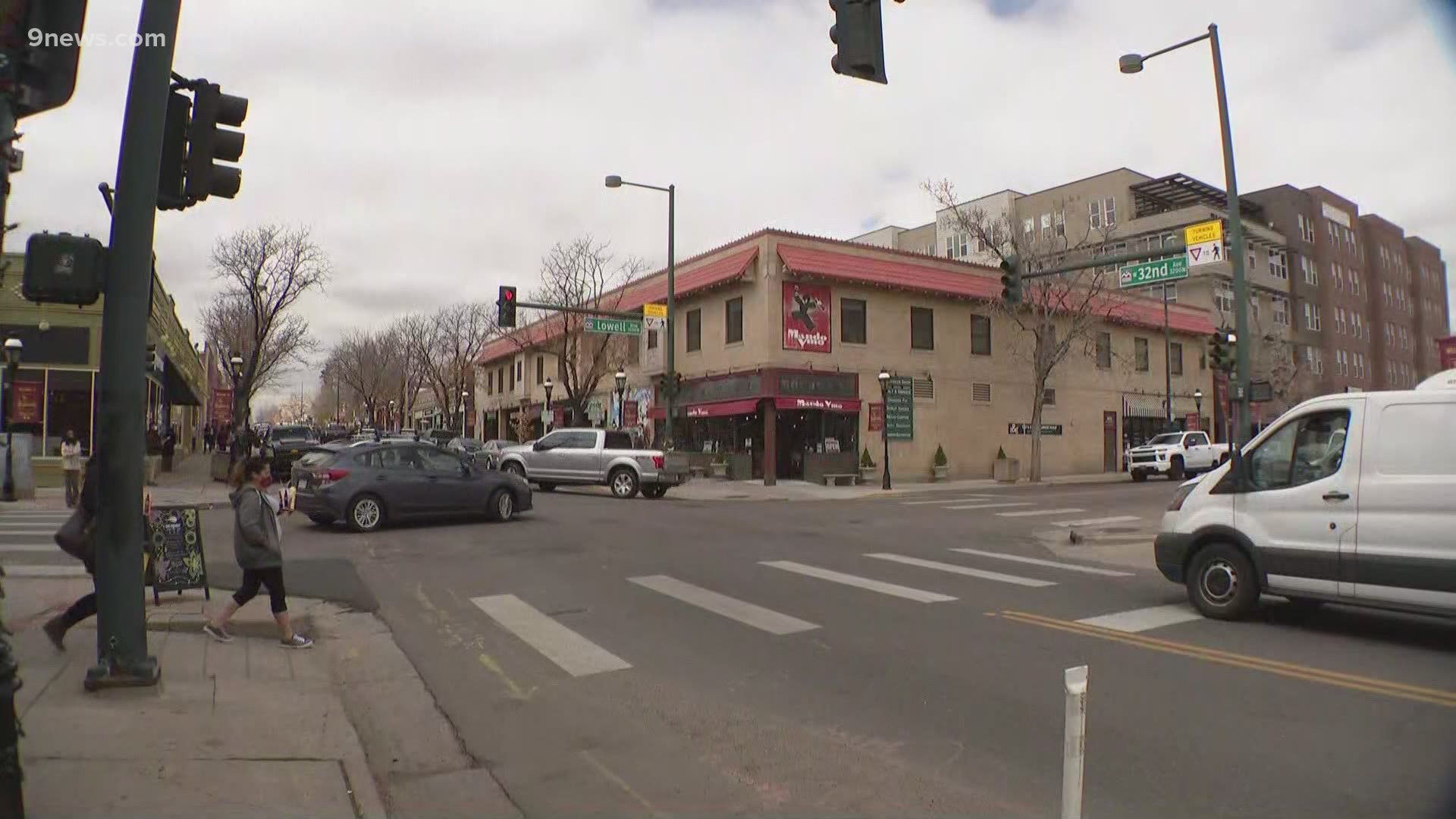 DENVER — Family members have identified Brad Brubaker – a Highlands resident and father – as the man who was killed in a high-speed crash near West 32nd Avenue and North Lowell Boulevard on Saturday.

A 49-year-old man is in custody following the fatal crash that killed Brubaker and put his daughter in the hospital, according to a probable cause (PC) statement from the Denver Police Department (DPD).

Patrick Layden was arrested and is accused of driving his car at a high rate of speed westbound on West 32nd Avenue just before noon, and then running a red light and striking another vehicle at the North Lowell Boulevard intersection, the PC statement says.

The driver of the other car, Brubaker, was pronounced dead at the scene and a child was taken to a nearby hospital with serious injuries. DPD said Monday that the child is in critical condition, but expected to survive.

The collision also caused the victim's car to crash into seven other parked vehicles, according to the PC statement. None of the people in those other cars were hurt, police said.

The Denver District Attorney's Office will determine charges against Layden.

Layden was found guilty of driving under the influence in Clear Creek County in 2000, court records show.

DPD has not released the age of the minor involved in the crash. Police are still investigating whether alcohol was involved, according to a spokesperson.

Monday, a spokesperson for Denver's Department of Transportation and Infrastructure (DOTI) sent this statement to 9NEWS when asked if any traffic improvements were planned for the Highland's area near the crash site:

"We recently made some safety improvements along W 32nd Avenue at both Julian and Irving, adding rubbing curbs and striping to narrow the roadway to slow speeds. We also installed a rapid flashing beacon at Julian – pedestrians push a button to activate the beacon and alert people in cars to let them know they are crossing the street.

"As with every fatal crash that happens in the city, we’ll take a close look at the results of DPD’s crash investigation and see if additional safety improvements need to be made."

DOTI said they've seen an overall decrease of crashes at the West 32nd Avenue and North Lowell Boulevard intersection from 2016 to the present time, with a reduction of crashes coinciding with the timing of improvements made on the corridor in fall 2019.

DOTI said the crash that happened over the weekend was the only fatal crash at the intersection since 2016.

According to a spokesperson, "There was a crash involving a person on a bike that resulted in serious bodily injury. The majority of crashes that have occurred at this location are minor sideswipes, or a vehicle crashing into a parked vehicle."

Sunday, nearby business owners and employees told 9NEWS traffic and speeding in the area has become a concern.

A mother who works at the Perfect Petal on West 32nd Street, across the street from where the crash happened, said she used to live in the area but moved after having children so they'd have a safer area to play in.

"We decided to move to a neighborhood that has wider streets, not so much traffic, so that my children can ride their bikes safely and walk safely," said Melissa Wendt-Jones.

Wendt-Jones said she was devastated after learning about the fatal crash.

Alethia Matthews was working down the street when the crash happened.

"As soon as we heard something happen, the entire block came running," said Matthews. "Everybody left their shops, everybody left what they were doing to just swarm and try to help."

Jill Locantore is the executive director for Denver Streets Partnership, a nonprofit that advocates for people-friendly streets across the city. Locantore said they've been working with the City of Denver to develop new street design guidelines.

"Some of the new designs that are now allowed for in the cities complete streets design, include things like speed humps," said Locantore. "You can also make raised crosswalks, so the crosswalk itself acts as a speed bump, or you can do an entire raised intersection so cars going through that intersection have to go up and over that platform. And, neighborhood traffic circles could be effective."

Locantore said those plans are still being finalized, but encouraged community members who want to see traffic safety changes to reach out to city leaders.

DOTI said calling 311 is the best way to communicate with the team to report any traffic concerns.

A memorial continues to grow at the intersection of West 32nd Avenue and North Lowell Boulevard.

Credit: Victoria De Leon
People were leaving flowers Sunday at the intersection of West 32nd Avenue and Lowell Boulevard, where a man died and a juvenile was injured in a crash the day before.

> Photos below from Denver Fire Department show the damage done to both cars.