The incident happened Wednesday at the Credit Union of the Rockies at 111 E. Main St. 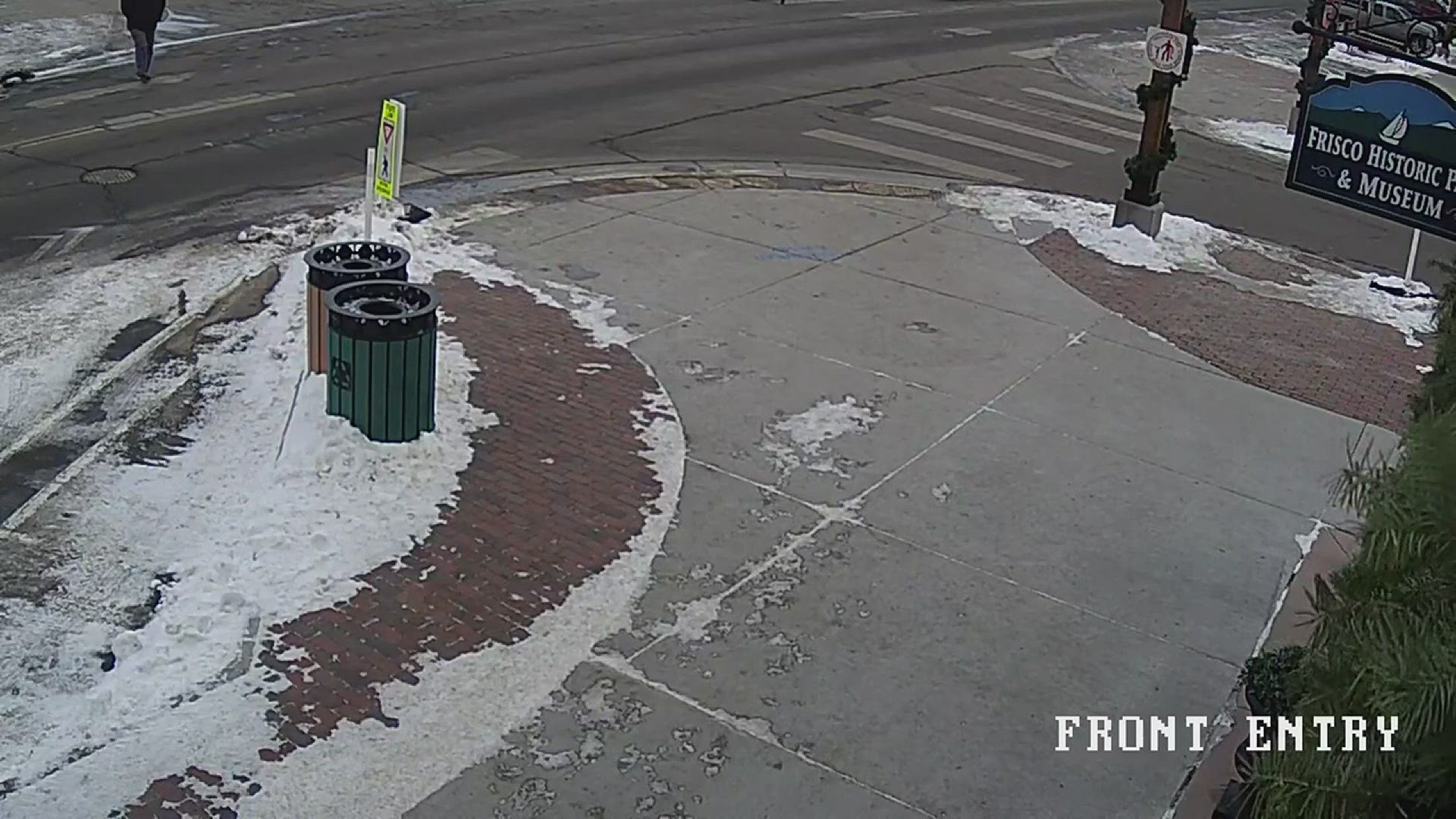 FRISCO, Colo. — The public was asked for help in finding a man who robbed the Credit Union of the Rockies in Frisco on Wednesday, the Frisco Police Department (FPD) said in a press release.

FPD said the man entered the bank about 2:47 p.m. and demanded money from the teller. He stuffed what he was given into his front jacket pockets and left the bank on foot. FDP said he headed east on Frisco Main Street.

No weapon was involved, FPD said. The suspect had a similar appearance and clothing to the bank robbery suspect in Fraser on Jan. 5.

During this robbery, the man was seen wearing a black North Face jacket with a red logo on his right rear shoulder and front breast, red side pocket zippers, and a red lining on the hood; light-colored blue jeans; a tan ball cap; a dirty light green surgical mask; and black athletic shoes with white soles, police said.

FPD said the man walks with a limp on his left side.

Anyone who may have seen the man in the area of 2nd Avenue and Main Street or behind the Credit Union of the Rockies in the Galena Street alley between 1 and 3 p.m. was urged to contact FPD.

Those with information were asked to contact Sgt. Brandon Vail at BrandonV@TownofFrisco.com and Sgt. Timothy Robinson at TimothyR@townoffrisco.com and by calling 970-668-8600.

Police said citizens were advised not to contact or approach the man themselves.