A former associate professor is charged with attempting to influence a public official after his former employer says he forged an offer letter from another university. 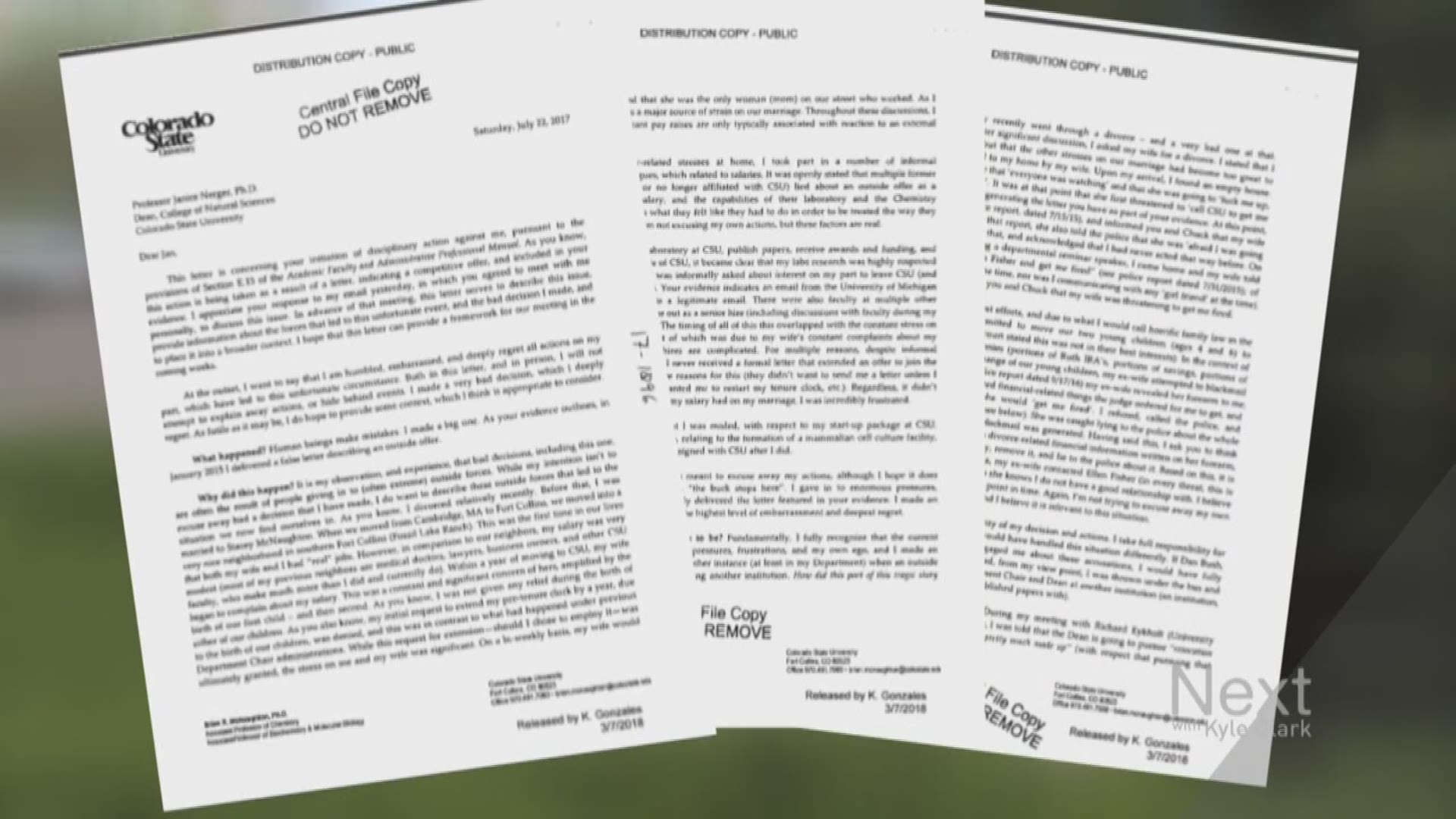 A combination of the stress of his marriage and the feeling he deserved more is what Brian McNaughton said led him to "foolishly" deliver a fake offer from the University of Minnesota in hopes of getting more money from his employer - Colorado State University.

The former associate professor of chemistry at CSU wrote a letter to the Dean of the College of Natural Sciences that said, "My wife would complain about my salary, and that she was the only [mom] on our street who worked."

After CSU saw the offer letter in 2015, they said they gave McNaughton a $5,000 raise. Then they emailed Tom Hays at the University of Minnesota.

"Quite shocking indeed!" said Hays in an email. "Yes, I can confirm that I did not write, nor sign, an offer letter to Brian McNaughton."

McNaughton resigned, but he is now facing a felony charge of attempting to influence a public servant.

"False information on applications, resumes, forged letters of recommendation, yeah we see it all the time, but it doesn't commonly result in criminal charges or any sort of civil claims either," said Ben Hase Esq., a managing attorney for the Employers Council.

Hase said this case is different because it's a public institution and they have proof.

Although McNaughton explained why he said he forged the letter, he wrote that none of it was an excuse and that he "gave in to enormous pressures, frustration, and my own ego."

Hase said even if an employee at a private company lied in person about getting another job offer to get more money, they could still face consequences. An employer could file a civil claim of fraudulent misrepresentation.

"That's just anytime you act in a way intentionally to present false information to another person to get them to do something you want them to do, so that fits the bill," Hase explained.

It fits, but it doesn't happen often because it's easier for an employer to fire someone rather than sue them.