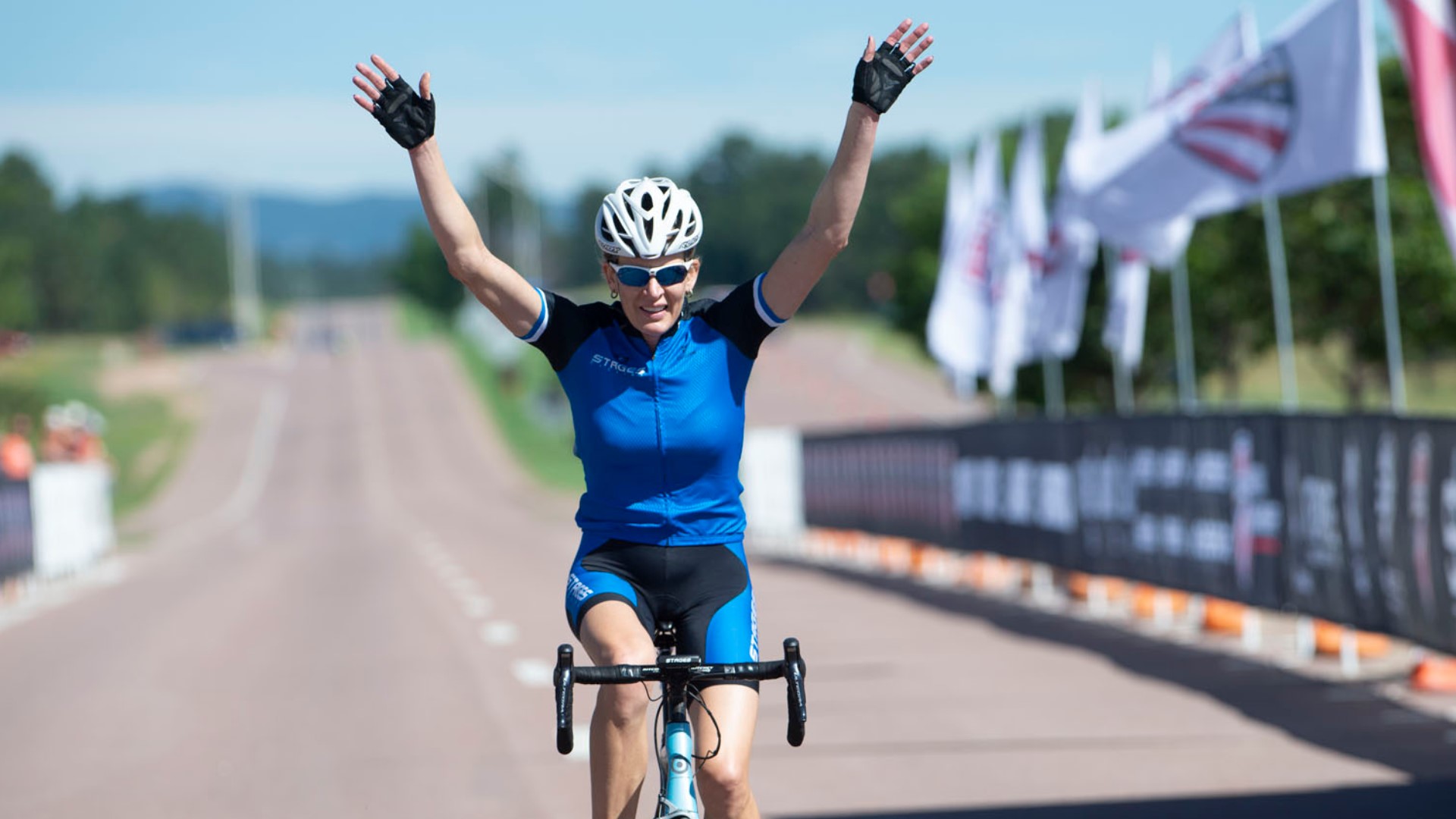 LAKEWOOD, Colo. — The Lakewood Police Department (LPD) has identified the cyclist killed in a crash Sunday on West Alameda Parkway near South Indiana Street as Gwen Inglis, 46, of Lakewood.

LPD said Inglis was riding eastbound in the bike lane on West Alameda Parkway between South McIntyre Street and South Indiana Street about 10 a.m. when a driver heading east on Alameda drifted into the bike lane and hit her.

She was transported to the hospital where she later died.

Inglis is a national champion cyclist who was recently listed as the winner of Road Race Women ages 45 to 49 at the 2019 USA Cycling Masters Road Nationals.

"I don't know a single person that has a negative to say about her, even in the fiercest competitions," longtime friend Michael Gibson remembered. "She was literally the most caring, that's so stereotypical, but so caring. Off the bike, she could separate herself from the bike. She would ask you about your family. She met my mom years ago and one day she's like 'how's your mom?' She's that kind of person. Just takes great interest in the deepest parts of you."

Police said they arrested the driver, identified as 29-year-old Ryan Scott Montoya, on suspicion of the following charges:

According to the arrest affidavit, Inglis' husband reported that he and his wife were riding in the bicycle lane, which was clearly marked by a solid white line.

He reported that his wife was 100 meters in front of him when a black Nissan sedan going eastbound came close to hitting him and then hit his wife, the affidavit says.

The impact threw her from her bike into the air, she landed on dirt south of the road, and her husband said he did not see any signs of life when he checked, according to the affidavit.

A driver behind the Nissan reported they were both going around 55 miles per hour when she saw the Nissan drift out of its lane and hit Inglis, and the affidavit says she did not see any obstructions in the roadway.

The affidavit says Montoya stopped after the crash and told officers he remembered driving straight up the hill and going around 55 miles per hour, and he said he remembered hitting the cyclist but not what happened before.

Montoya said he was not texting when the crash happened but did admit to drinking alcohol and using marijuana the night before, and said he last consumed both about 11 p.m., according to the affidavit.

Montoya originally denied using any other narcotics or prescription drugs, then admitted to smoking methamphetamine three days earlier and officers also found a folded up piece of foil in the driver's door with a straw and burn marks consistent with drug use, according to the affidavit.

The officers reported Montoya's eyelids were droopy, he had bloodshot eyes and his pupils were constricted, his movements were slow and his speech was also slow and low, the affidavit says.

After performing a DUI test and refusing a chemical test, the affidavit says the officer placed Ryan in custody for DUI.

"I don't know why he was behind the wheel in the first place, but this could have been avoided somehow" Gibson said. "Somewhere the system failed and it failed us. It failed all of us."

Inglis' friends said she was a supporter of the nonprofit Elim. The group supports children and adults with disabilities. They said Inglis' husband would like people to donate to that cause rather than sending gifts.