The male cyclist was struck and killed on South Buckley Road south of East Mexico Avenue. 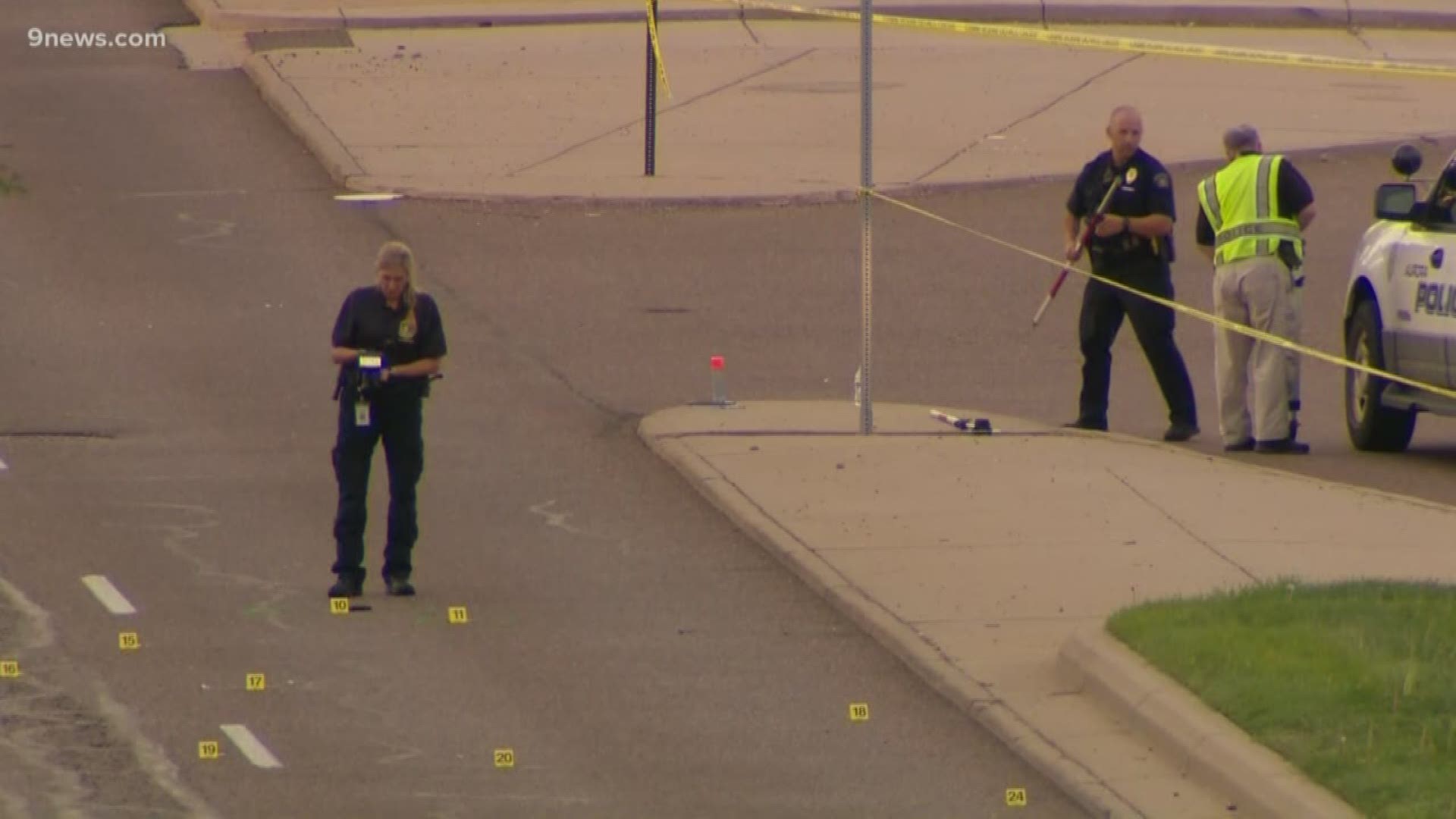 AURORA, Colo. — Aurora police have found the car but are searching for the driver who struck and killed a man on a bicycle early Wednesday morning.

Police are also looking for a second car and driver that stuck the same man about 3 minutes after he was hit by the first car, police said.

Just before 3 a.m. Aurora Police and Fire Dispatch received several calls reporting that a man was in the roadway in the area of 1800 South Buckley Road appearing to be deceased.

Credit: Aurora Police Department
Aurora police have found the car but are searching for the driver who struck and killed a man on a bicycle Sept. 4 in the area of Buckley Road and Mexico Avenue.

Officers arrived and determined the man was a bicyclist and was struck by a vehicle.

The driver who struck him did not remain at the scene and did not report that they were involved in the incident, police said.

Police found the car at Quincy Avenue and Memphis Street after someone called saying the damage on the car was suspicious.

Police are now looking for a second car, a Honda Civic Coop from around 2001-2003 missing the left front wheel well cover and could have damage to the lower front left bumper. Police said they don’t know if that second car even knew they hit someone.

The identity of the victim is not being released at this time pending notification of next of kin.

This is the 19th traffic-related fatality in Aurora this year, according to police.

Over the weekend, a pedestrian was struck and killed in Aurora in a hit-and-run near East 6th Avenue and North Chambers Road. A license plate was left behind at the scene and the driver was later arrested.

Wednesday morning's incident is the latest in a string of deadly accidents involving bicyclists in the metro area.

A couple of days earlier on Aug. 18, a 77-year-old Wheat Ridge man was struck and killed while riding his bike in Arvada.

He was hit from behind by an SUV on Indiana Street between West 77th and West 80th avenues around 8:30 p.m. that evening, according to CSP. The SUV then left the scene, CSP said.

The woman driving the SUV was later contacted by police.

In Thornton, a 69-year-old man was struck and killed by a car on Aug. 10 while in a crosswalk in the 9800 block of McKay Road. The driver stayed at the scene. Investigators had not determined yet who was as fault.

Two cyclists were killed in Denver in July. Scott Hendrickson was hit on July 12, while riding his bicycle near West Bayaud Avenue and South Tejon Street in Denver’s Valverde neighborhood.

Alexis Bounds, 37,  was riding her bicycle at the intersection of East Bayaud Avenue and South Marion Street in the afternoon of July 24, when a driver tried to make a turn. Police said the driver failed to yield to Bounds’ right of way, and hit her. Bounds died from her injuries.

The Denver incidents prompted cyclists to organize a ride through the streets of Denver to draw attention to the need for more infrastructure to better protect cyclists.