Cynthia Abcub faces one count of kidnapping and one count of child abuse. She will be arraigned in September. 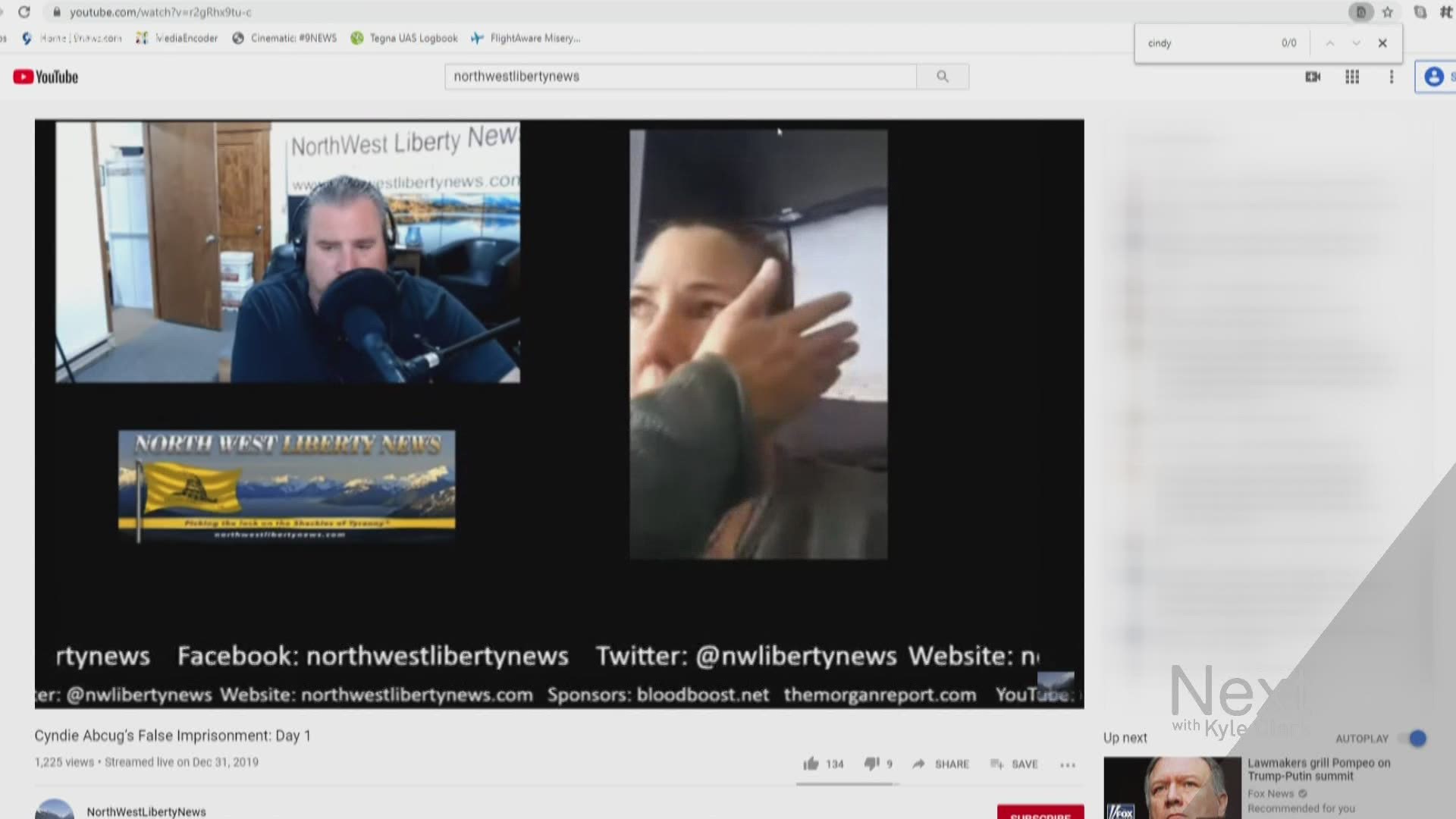 DOUGLAS COUNTY, Colo. — A Douglas County judge has ruled there’s enough evidence to proceed with the case against a woman accused of plotting a “raid” to kidnap her son from foster care with aid from members of the far-right conspiracy group QAnon.

Cynthia Abcug, 50, faces one count of kidnapping and one count of child abuse. She appeared in court for a preliminary hearing on Thursday, and is scheduled to be arraigned on Sept. 25.

According to court documents, Abcug’s daughter told authorities she believed her mother planned to carry out the plan with help from QAnon, a group that has pushed the idea that a deep state is carrying out a plot against President Donald Trump and his supporters. That led to the issuance of an arrest warrant last September.

Abcug was originally arrested Dec. 30 in Montana on the Colorado warrant. After she failed to appear for a court hearing after posting bail, she was arrested again March 17 in Platte County, Wyo., and returned to Colorado, court documents say.

Abcug’s son was taken by child protective services in May 2019.

In September, Douglas County sheriff’s deputies were called to assist with the removal of Abcug’s daughter from her care.

The daughter told investigators that a man had a "plan to kidnap Abcug's” son, who was living in foster care, according to the warrant.