Nico Descheenie, 25, was shot and killed after Denver officers spotted him in a stolen car and then followed his vehicle. 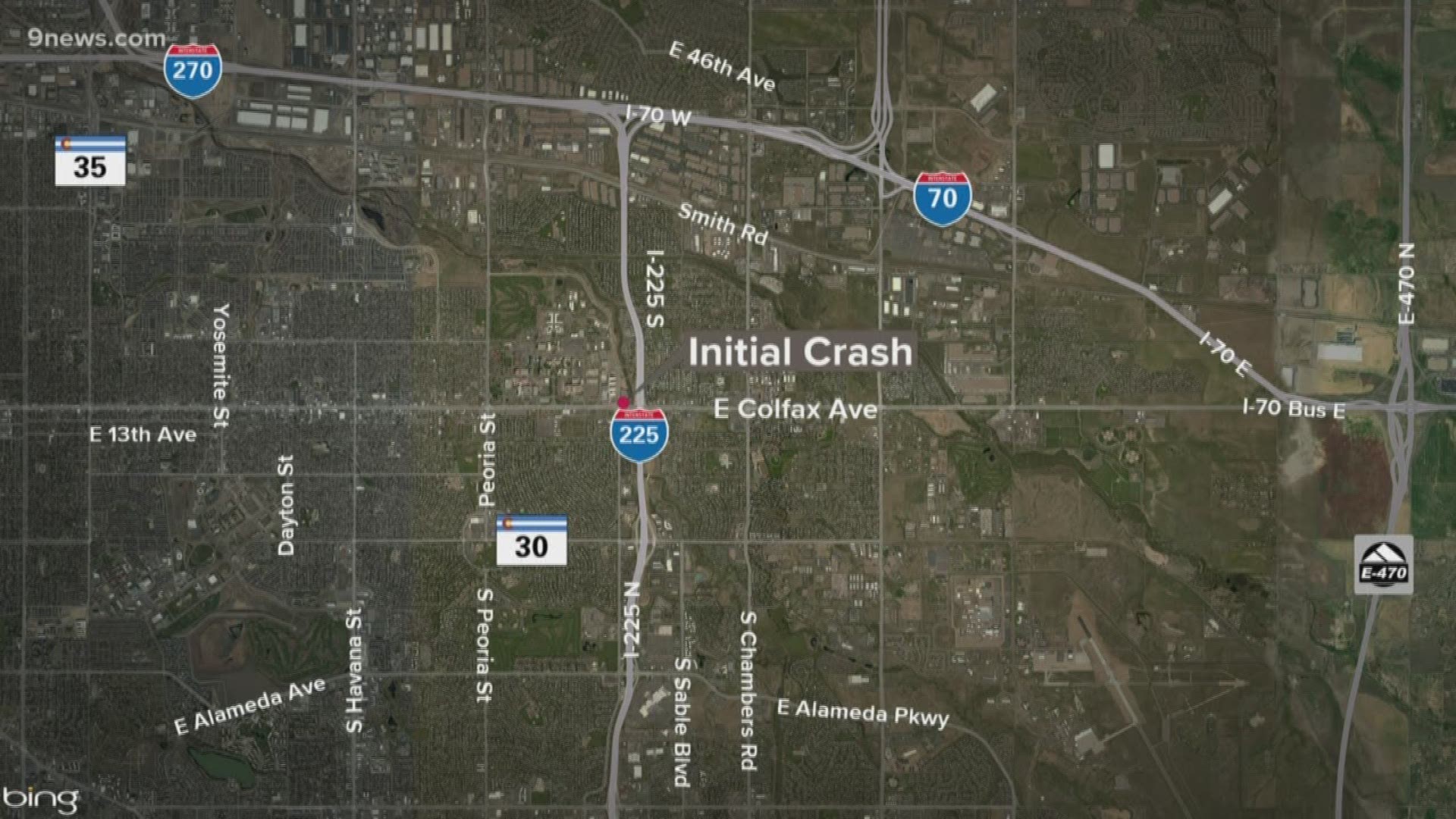 AURORA, Colo — A Denver police officer who shot and killed a man on Interstate 225 in Aurora in January will not be charged in the case because the district attorney determined he was "legally justified" to use deadly force.

The decision not to file charges in relation to the Jan. 6 shooting of 25-year-old Nico Descheenie is outlined in a 17-page letter from the 18th Judicial District Attorney Office.

Two days earlier, on Jan 4., a woman reported to the Aurora Police Department (APD) that her 2007 Black Chevrolet Avalanche had been stolen from her driveway, the letter says.

> The video above aired Jan. 26 when the officer-involved shooting was originally reported.

On the evening of Jan. 6, the Denver Police Department's (DPD) District 4 Impact Team was actively looking for stolen vehicles in the community.

RELATED: Man killed in officer-involved shooting near I-225 in Aurora identified

Around 5 p.m., a fixed license plate reader at 6th Avenue and Federal Boulevard recorded the stolen Avalanche traveling south on Federal Boulevard, and the Impact Team responded to the area.

Officer John Heckenkamp confirmed the Avalanche was stolen and notified the rest of the team, according to the decision letter.

> Click/tap here to download and read the full decision letter.

Officers followed the vehicle and the driver, later identified as Descheenie "apparently detected the surveillance and drove erratically," the decision letter says. At one point, Descheenie drove "extremely close" to the bumper on Sgt. Timothy Hyatt’s unmarked patrol car, according to prosecutors.

The team deployed “Starchase,” a GPS dart, to the rear of the Avalanche to allow them to follow the vehicle from a distance while still monitoring its location.

About an hour later, just after 6 p.m., Descheenie drove the Avalanche behind ExtraSpace Storage located at 2240 S. Xapary Way and ran away, the letter says.

Descheenie ran south on Xapary Way, but changed directions as Officer Fernando Benavides drove his marked patrol north on Xapary Way, the letter says. He then ran east between the buildings toward I-225 and dropped the duffel bag, according to the letter.

Heckenkamp got out and chased Descheenie between the buildings and then south to the eastbound lanes of East Iliff Avenue.

During the chase, Heckenkamp yelled at Descheenie to get on the ground and, according to the letter, Descheenie responded with an expletive and pulled a black handgun from his jacket.

Heckenkamp repeatedly yelled, “drop the gun," the letter says. Officers Parton and Benavides and Hyatt joined Heckenkamp on East Iliff Avenue and all yelled for Descheenie to drop the gun, according to the letter.

At one point while the officers had their the guns drawn and pointed at Descheenie, he pointed his handgun at his own head, the letter says.

While still holding the weapon, Descheenie walked away from officers and crossed the median into the westbound traffic lanes of East Iliff Avenue, where he tried to carjack a woman, the letter says.

Descheenie stood in front of the woman's car, pointed his gun at her and motioned for her to get out of her car, according to the letter. The woman's 2-year-old child was in the backseat and she drove away without any injuries, the letter says.

After she drove away, Descheenie turned toward Heckenkamp and Hyatt and raised his gun at them, according to the letter.

Hyatt attempted to fire his weapon but it malfunctioned. Heckenkamp fired his weapon 14 times, striking Descheenie five times causing him to fall the ground, according to prosecutors. He fell to the ground.

Officers ordered Descheenie to put his hands to his side, but he did not respond, the letter says. The officers approached and placed Descheenie in handcuffs and located a weapon underneath his body, according to the letter.

Prosecutors determined that Hyatt and Heckenkamp "reasonably feared" that Descheenie posed an "imminent threat of danger" and therefore acted "legally and justifiably" when they fired or attempted to fire their weapons.

Descheenie was wanted on multiple active warrants for failure to appear in court on the night he was killed, according to prosecutors.