Larry Hamm was trying to leave the scene of a deadly burglary when he was shot and killed attempting to steal a car with a woman inside, Denver police said. 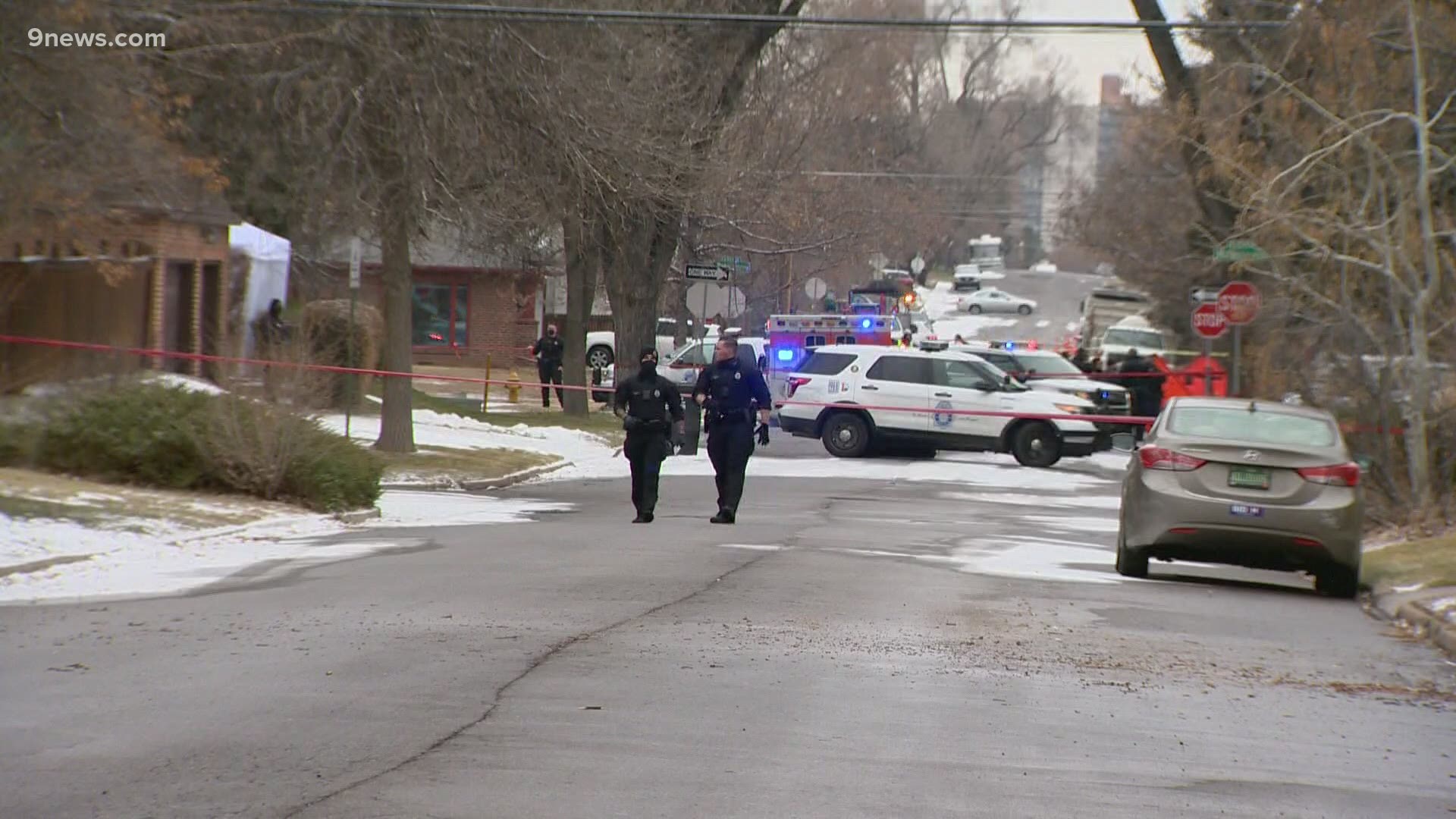 DENVER — Three Denver Police Department (DPD) officers will not be charged in the deadly shooting of a man in December, the Denver District Attorney's Office announced on Wednesday.

On Dec. 28, 2020, 47-year-old Larry Hamm was killed in the shooting on the 1000 block of North Monaco Parkway, near the intersection with East 8th Avenue.

“This was an incredibly chaotic incident that spilled into the busy streets of Denver,” McCann said. “Larry Hamm was a threat to public safety and in this tense and dangerous situation, these officers were justified in using deadly force against him.”

Officers responded around 11 a.m., and DPD later said that two or three suspects had gone into a home wearing reflective vests pretending to be utility workers to gain entry.

The owner, Mark Outman, and a woman related to Outman were both shot inside the home, according to DPD.

DPD said Outman died at the scene, and the district attorney's office said the woman survived her injuries after being taken to Denver Health in critical condition.

One of the suspects, identified later as 38-year-old Joshua Hamm, was taken into custody a block away near East 10th Avenue and Magnolia Street, according to police.

A second suspect waiting in a Honda Fit sped away, DPD said, and arrest affidavits identified the driver as 44-year-old Tameka Dudley, who was taken into custody on Dec. 13.

Officers saw the suspect, believed to be from the burglary, attempt to get into two cars before successfully getting into a third vehicle with a woman inside, according to DPD.

Fearing the victim would be assaulted or kidnapped, DPD said an officer fired their weapon and hit the suspect, later identified as Larry Hamm.

The woman was safely pulled out of the car, and DPD said Larry Hamm was taken to Denver Health where he was pronounced dead.

Larry Hamm did not have a weapon on him, and no officers were injured, according to DPD.

Officers did find a rifle in front of the home, a handgun near the scene, and a third gun on Joshua Hamm when he was arrested, DPD said.

Investigators believe the suspects were involved in several residential burglaries in the area, but DPD said it's not sure why that house was targeted.