Denver bike shop owner continues recovery after hit and run, still no arrests in the case

As Dmitri Rumschlag heals, his employees have kept the shop running and helped raise money for his medical expenses. 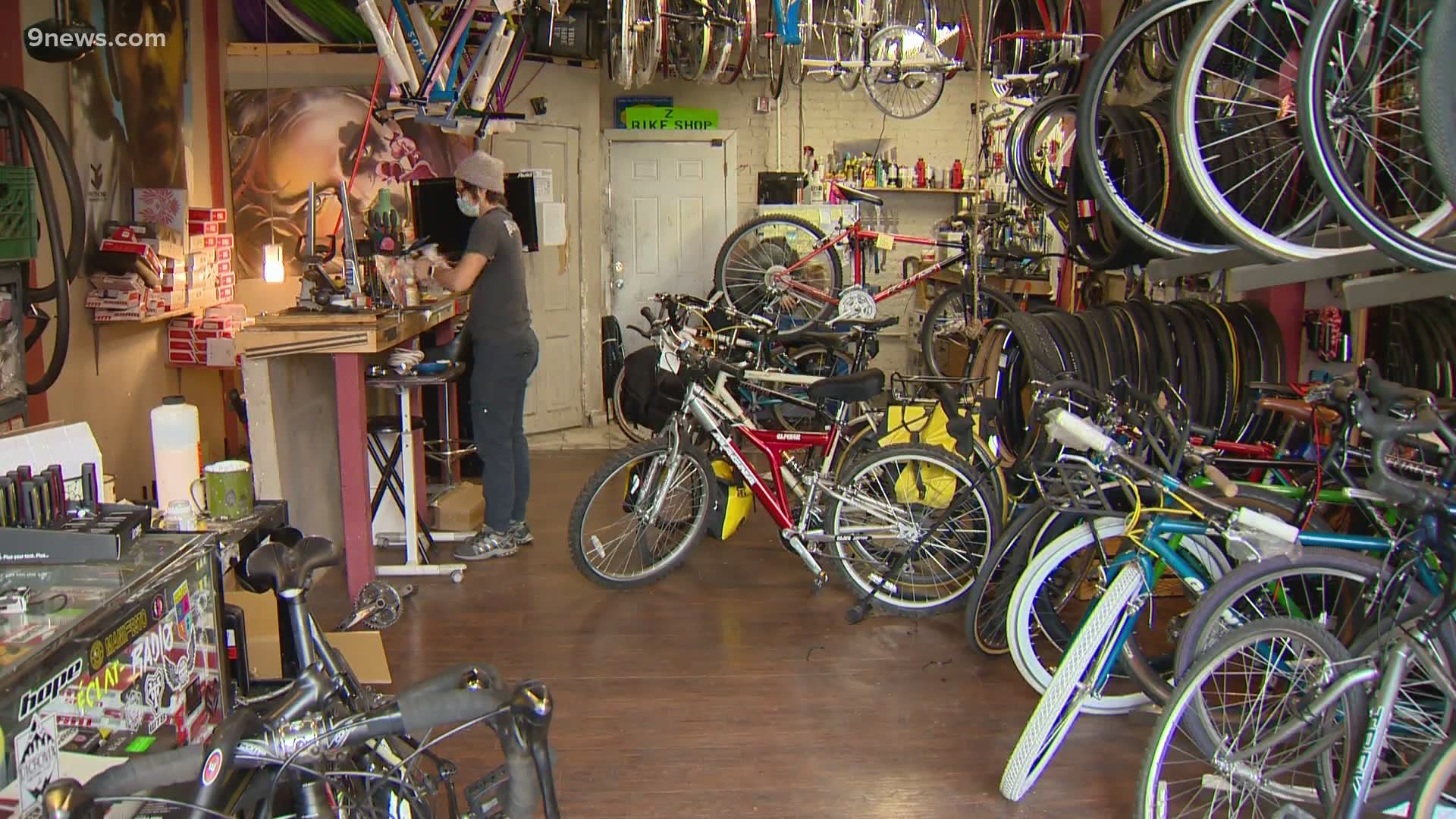 DENVER — Dmitri Rumschlag, who owns Z Cycle Shop in Denver's Capitol Hill neighborhood, was riding his bike in early December when he was struck by a hit and run driver and left with injuries that left him hospitalized.

"On Dec. 4, he was driving home from the Mercury Café," said Frankie Wenham, an employee at the bike shop.

Denver Police said Rumschlag was driving south on Washington Street when the driver of a truck on 6th Avenue crashed into him. The people in the truck ran from the scene and police later learned they were driving in a stolen vehicle.

"He has 11 broken ribs," said Wenham. "He has a broken hip, a broken pelvis, a broken femur, some internal bleeding and a tear in his aorta.”

Wenham is keeping the cycle shop open while Rumschlag recovers, helping to raise money for his medical expenses through a GoFundMe and spreading the word about the suspects police haven't caught.

Nine months ago, Wenham could not have pictured herself fixing a bike and getting paid for it.

“I didn’t even know how to change a tube," said Wenham. "I didn’t know anything."

But, when she needed a job, the owner of the Z Cycle Shop believed in her.

Wenham lost both of her service industry jobs because of the pandemic, and Rumschlag hired her, even though she didn't know bikes.

"He had a lot of patience for me," she said. "He’s good at teaching people. He wants people to learn about something he cares very much about."

Rumschlag gave her a chance, and now Wenham is fighting for a chance for him.

Wenham learned on Wednesday he can leave the ICU. “I am not Dmitri and I don’t know everything that I need to know sometimes," she laughed.

But, she does know what it's like to need help, and she'll give back in any way she can.

“He has become my closest friend," she said. "The closest thing I have to family in Denver."