After the victim was shot, Gary Baldwin stood in front of him laughing, the probable cause statement says. 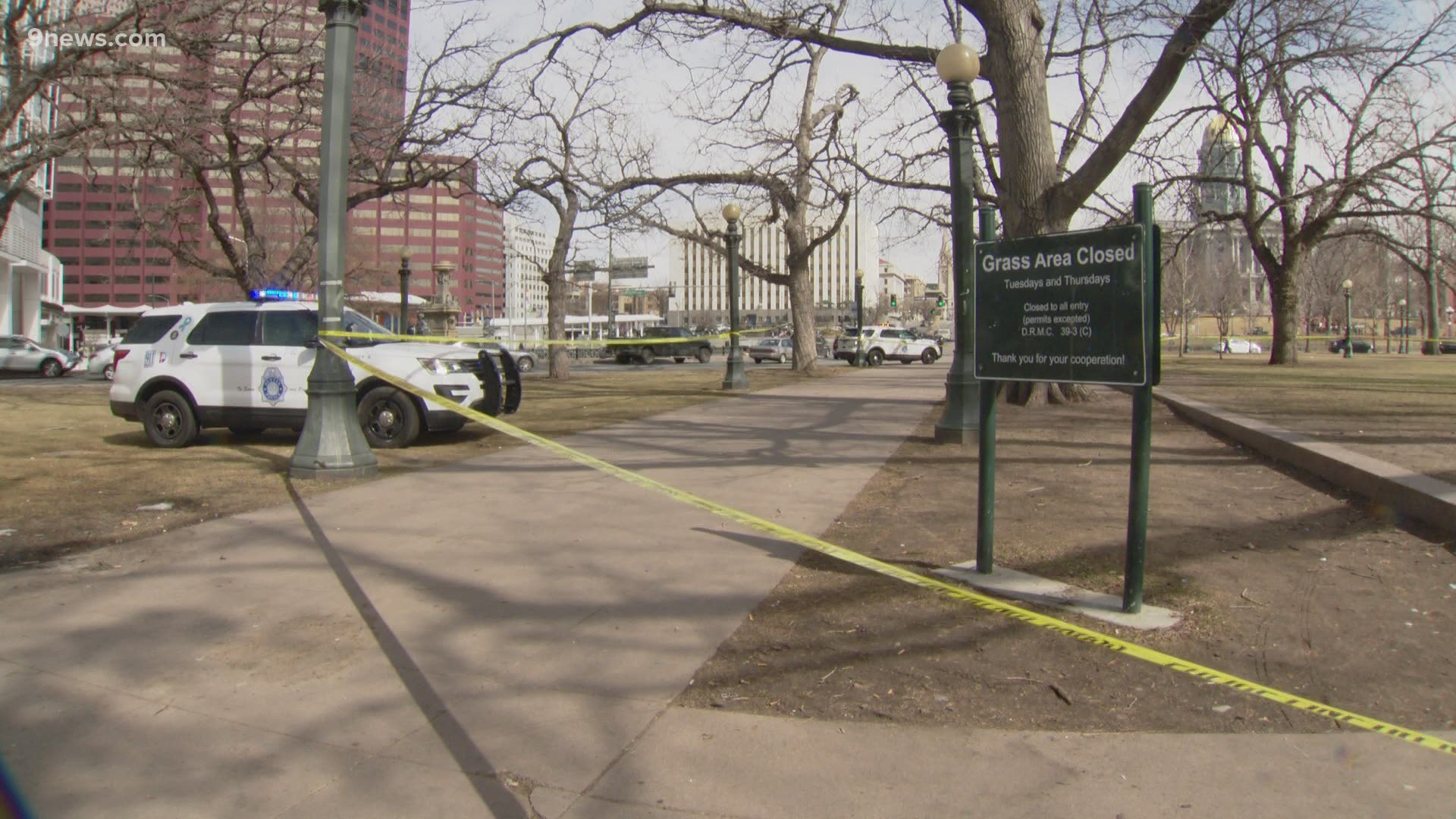 DENVER — A 29-year-old man is in jail after he allegedly shot and killed a man in Civic Center Park on March 8.

The shooting happened just before 12:30 p.m. at the popular park near the Colorado Capitol building. The Capitol was put on lockdown after the shooting as a precaution.

>The video above is from March 8.

According to a Denver Police Department (DPD) probable cause (PC) statement, witnesses said the suspected gunman, later identified as Gary Baldwin, stood in front of the victim laughing after shooting him.

The victim, 35-year-old Lee Fowler, died from his wounds, according to police.

An undercover police officer saw a man who matched HALO's description jumping over fences near 12th Avenue and Logan Street, the PC statement says. The officer kept an eye on the man running and saw him remove his outer clothing, according to the PC statement.

The officer then saw the man, now wearing a white shirt, red shorts and black shoes, running toward Pennsylvania Street from Logan Street, the PC statement says. Other DPD officers responded and took Baldwin into custody near 11th Avenue and Pennsylvania Street.

A plastic bag containing suspected fentanyl and crack cocaine was found on the ground where officers took Baldwin into custody, the PC statement says. Officers put Baldwin in the back of a police vehicle and put bags on his hands so they could test for gunshot residue later, according to the statement.

Baldwin was taken to DPD headquarters for crime lab testing, according to the PC statement. Baldwin provided a false identity to police and was uncooperative, saying he would "box and fight any government official" who attempted to take his fingerprints, the statement says.

Baldwin is scheduled to be in court on April 16, at 9 a.m. for a preliminary hearing.