Nearly 5,400 vehicle thefts occurred in Denver in 2017, up from the previous year. 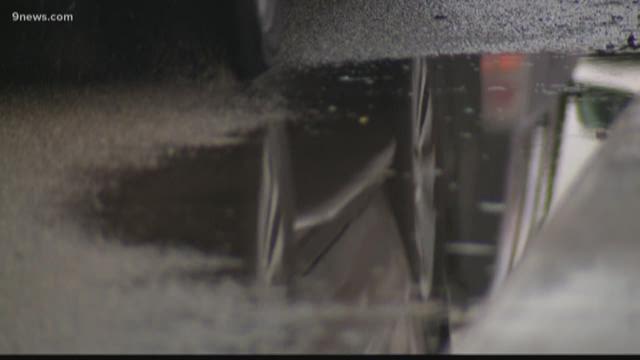 The most recent theft happened one morning in December in the back alley of Nate and Vanessa Boyer’s Highlands home.

Someone drove off with Nate’s Dodge Rebel pickup, which he runs a construction business out of.

“It was about 7 in the morning and I was just making coffee. And I heard the trash can get hit and I thought, that’s odd because it’s not trash day,” Nate said. “About 30 minutes later I came out and obviously the truck was gone.”

Months earlier, his wife’s Cadillac SRX was taken from the detached garage.

“You just go into shock for a second, you’re like, wait, what happened?,” he said. “And then you start thinking about, how close were they to my house?”

The Cadillac was found abandoned in Wheat Ridge with some interior damage. The pickup truck ended up in an impound lot, but it’s not drivable. Nate hadn’t had a chance to speak to police or see the car as of this article being published.

Nearly 5,400 vehicle thefts occurred in Denver in 2017, up from the previous year.

“Don’t think it’s just kids out joyriding. That was your granddaddy’s auto theft. What we’re seeing now is, more and more of these cars are being stolen to commit serious violent crimes,” said Carole Walker, Executive Director of the Rocky Mountain Insurance Information Association. “We are seeing crimes across the board go up in Colorado, especially drug crimes and unfortunately stolen vehicles are involved in almost every one of those crimes.”

“I think we all have the sense that auto theft will never happen to me. Or I live in a safe neighborhood, it’ll never happen to me, look at the statistics, 347 cars stolen every week in Colorado. It can happen to you especially if you make yourself an easy target,” Carole said.

She stresses making sure you have comprehensive insurance which covers policy holders if a vehicle is stolen. She says law enforcement, which dedicates significant time and resources to solving these auto thefts, has a pretty good recovery rate but that the cars often aren’t in the same shape they were taken in.

For more facts and safety tips visit this site