The city is focusing on five crime hotspots as part of an initiative aimed at reducing a surge in violent incidents. 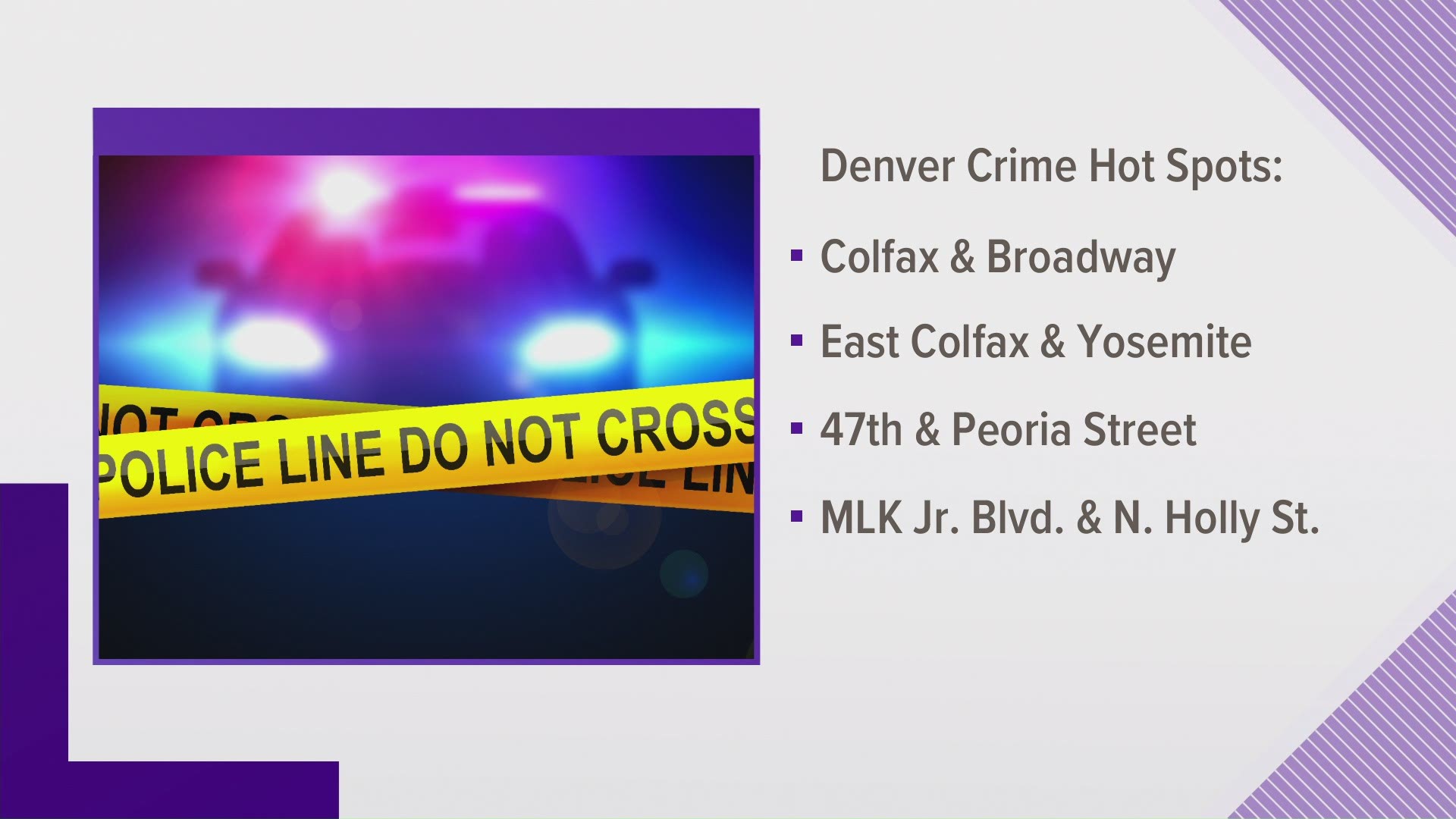 DENVER — As part of a previously-announced collaborative aimed at reducing a surge of crime in the city, the Denver Police Department (DPD) has named five hotspots with a disproportionate number of homicides, aggravated assaults and shootings as compared to their landmass.

In a release announcing the kickoff to crime prevention work in southwest Denver, DPD said these five areas account for 1.56% of the city’s landmass (excluding Denver International Airport) but 26.1% of homicides and aggravated assaults and 49% of all shooting victims.

"These are persistent locations, so year after year we’re seeing this continue, so we recognize that we need to have a different approach," he said.

RELATED: Auto thefts are up by 145% in Denver. These vehicles are stolen the most

Friday, several Denver agencies and community members launched the initiative with a community clean up in the Federal and Alameda area. People were staged at the Far East Center parking lot, home to several businesses.

Volunteers spent the day cleaning up graffiti and trash, doing outreach to businesses and residents, offering people in the area access to human services programs, and a community prayer walk.

Far East Center is grateful to have this opportunity to collaborate with Denver Police Department, Denver Human Services...

In a Facebook post, Far East Denver wrote "With these new changes, we should be able to have more resources and relationships with the DPD and with their assistance they will help our Little Saigon Denver a safer place for people to shop and dine."

People interested in volunteering for future events should check in with the Denver Police Facebook page, according to Thomas. He said the next clean up event is scheduled for July 16th and more details should be posted soon.

Overall crime in Colorado was up 3.9% in 2020 compared with the year before, and motor vehicle theft skyrocketed by 38.6%, according to statistics released earlier this year by the Colorado Bureau of Investigation (CBI).

Some other statistics from the CBI report: