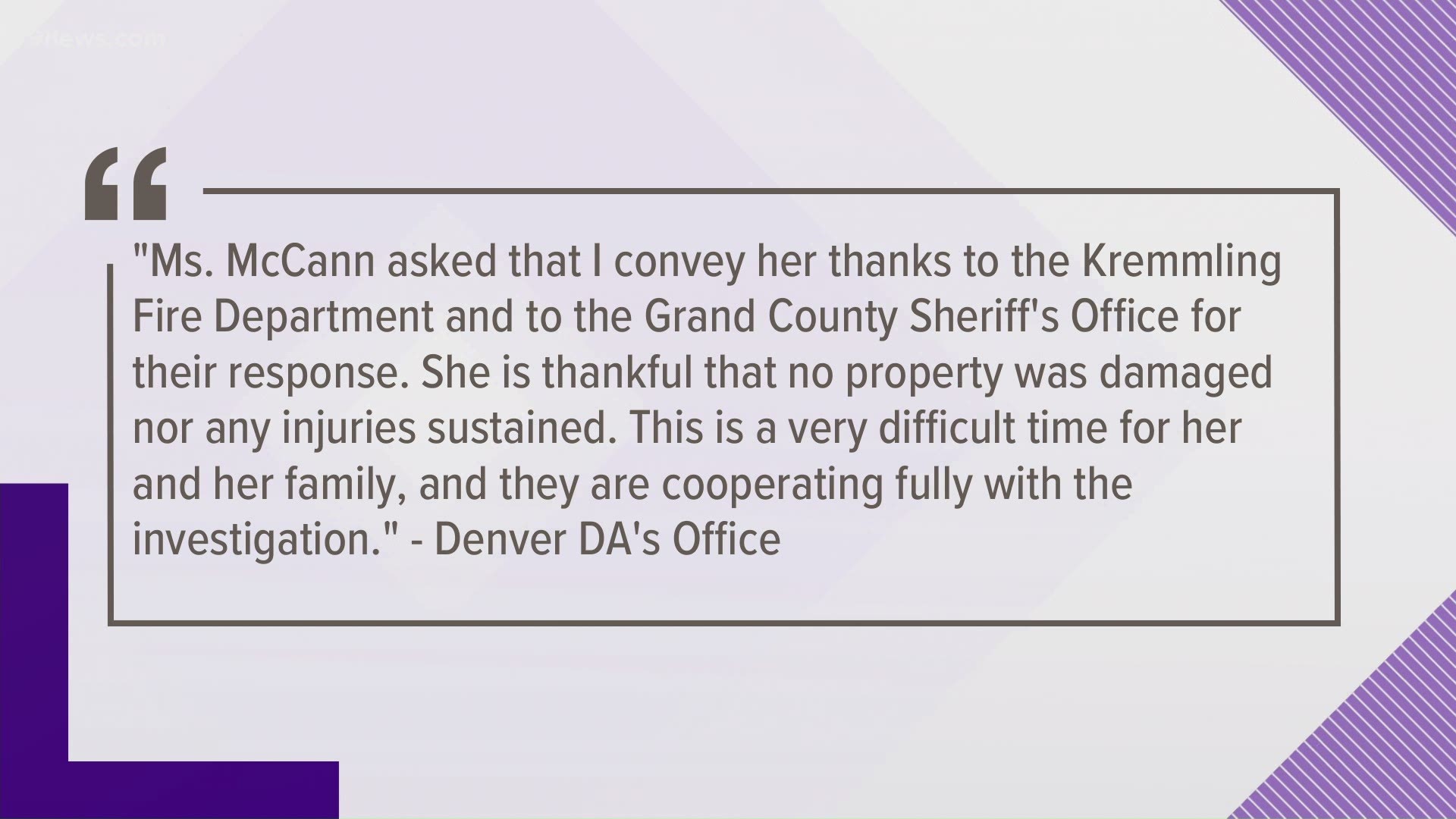 Christopher Linsmayer pleaded guilty to two charges, a felony and a misdemeanor, according to the district attorney's office:

The charges are in connection with fire ignitions that were in violation of a fire ban and occurred between Oct. 27 and 29, in the Gorewood Subdivision in Grand County.

Under the terms of the guilty pleas, the district attorney's office says Linsmayer faces the following at sentencing on Oct. 14:

He must also consent to an injunction prohibiting open fires on his property, according to the district attorney's office.

The charges will be dismissed after two years if Linsmayer complies with all obligations without violating any terms or committing any new offenses. If the terms of the sentence are violated, he faces a possible sentence of up to six years in prison.

"The resolution makes it clear that no matter what you think you are entitled to do, violating a fire ban or otherwise behaving recklessly with fire on Colorado's western slope will result in serious consequence," said 14th Judicial District Attorney Matt Karzen. "Thankfully, nobody was hurt in this instance and no structures were damaged, but as has been made painfully clear in recent years, there is zero room for irresponsible behavior with fire in Colorado."

Just before 4:30 p.m. on Oct. 27, Grand County Sheriff's Office deputies were dispatched to the Gorewood Subdivision off of County Road 14S in Kremmling about a possible fire burning near a residence.

KFD was able to get the slash piles knocked down using hand tools, shovels and snow, temporarily extinguishing the flames. Deputies attempted to locate the owner of the property, later identified as Linsmayer, but couldn't. They later learned that Linsmayer had left the residence that morning, leaving the fires unattended, according to the sheriff's office.

Linsmayer is the husband of Denver District Attorney Beth McCann.

McCann's office released the following statement in October after the incident:

This is not the first time that Linsmayer has been accused of violating burning restrictions.

In February of 2020, court records show that Linsmayer pleaded guilty to arson charges related to an August 2019 incident. According to a prior report from SkiHi News, he burned a slash pile on a Red Flag Warning day.

In November 2016, Linsmayer was charged with open burning without a permit, but according to court records, the charge was later dismissed.