According to the Colorado State Patrol, Wesley Dakan was fired after an internal investigation. 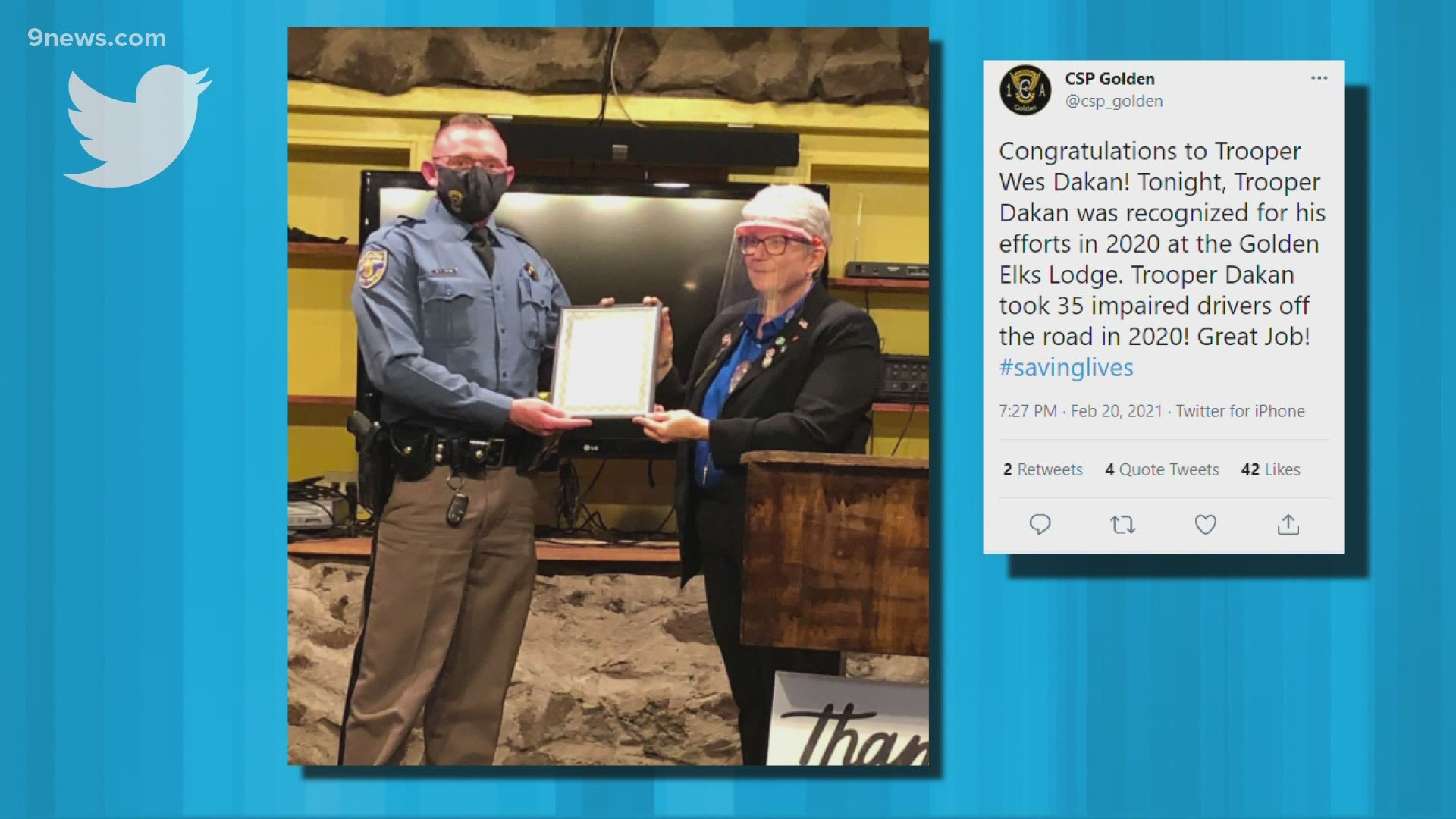 DENVER — The Denver District Attorney's Office (DA) is asking for the victims of an April 25 incident to come forward after a former state trooper was charged with felony menacing.

According to a release from the DA's office, a 44-year-old man in a Subaru Crosstrek pointed a rifle at another person in a Subaru WRX at 10th Avenue and Sheridan Boulevard.

A Metro Denver Crime Stoppers bulletin said the incident happened around 11:54 a.m. and provided a photo of the victim's car (below).

The DA's office said the man who pointed the rifle was a Colorado law enforcement officer, but did not release his name or which agency he worked for.

The Colorado State Patrol (CSP) identified him as a former trooper, releasing the following statement:

Upon notice from the Denver Police Department that a Patrol member was suspected of a crime while off-duty, he was placed on administrative leave. With an internal investigation now complete, employment of Wesley Dakan was terminated on June 1, 2021.

The Colorado State Patrol and it’s members are here to ensure the safety of all persons and to live our core values of honor, duty and respect. We take these standards seriously, and recognize that the success of our mission depends upon maintaining the trust and the safety of the public we serve. We respect and defer to the criminal court process regarding the charges brought against a former Colorado State Patrol Trooper.

CSP honored Dakan for his efforts to combat impaired driving in 2020.

Congratulations to Trooper Wes Dakan! Tonight, Trooper Dakan was recognized for his efforts in 2020 at the Golden Elks Lodge. Trooper Dakan took 35 impaired drivers off the road in 2020! Great Job! #savinglives pic.twitter.com/7oSGRbAi61

Dakan is currently facing a lawsuit, filed in November 2020, related to a November 2018 incident where he is accused of intentionally breaking a woman's wrist while detaining her. That case is being handled in federal court.

The DA's office said a photo of the suspect vehicle's license plate and witness interviews from the menacing incident led to the arrest of Dakan, who was off-duty and not in uniform or driving a marked law enforcement vehicle at the time of the crime.

He has been charged with two counts of felony menacing, according to the DA's office.

Security footage from a nearby gas station appeared to show the altercation taking place, according to a Denver Police probable cause for arrest (PC) statement.

The video shows a man opening the rear hatch of the Subaru Crosstrek and pulling out an AR-style rifle and pointing it at the Subaru WRX, the statement says.

The driver of the WRX then attempted to drive away, according the PC statement, but stalled the vehicle before eventually getting it in gear and leaving the scene. The man holding the rifle then stowed the weapon in his trunk before driving westbound from the area, the statement says.

Additional details are being withheld to preserve the integrity of the case, the release said, as the DA's office works to identify the victims. More information will be released before Dakan's next court appearance in mid-June, the release said.

The victims and any witnesses to the incident are urged to contact Crime Stoppers or the following investigators:

Anyone who wants to provide information to Crime Stoppers can contact them at 720-913-7867 or by visiting metrodenvercrimestoppers.com. Tipsters can remain anonymous and may be eligible for a reward of up to $2,000.