Anyone with information about the suspects is asked to call Metro Denver Crime Stoppers at 720-913-STOP. 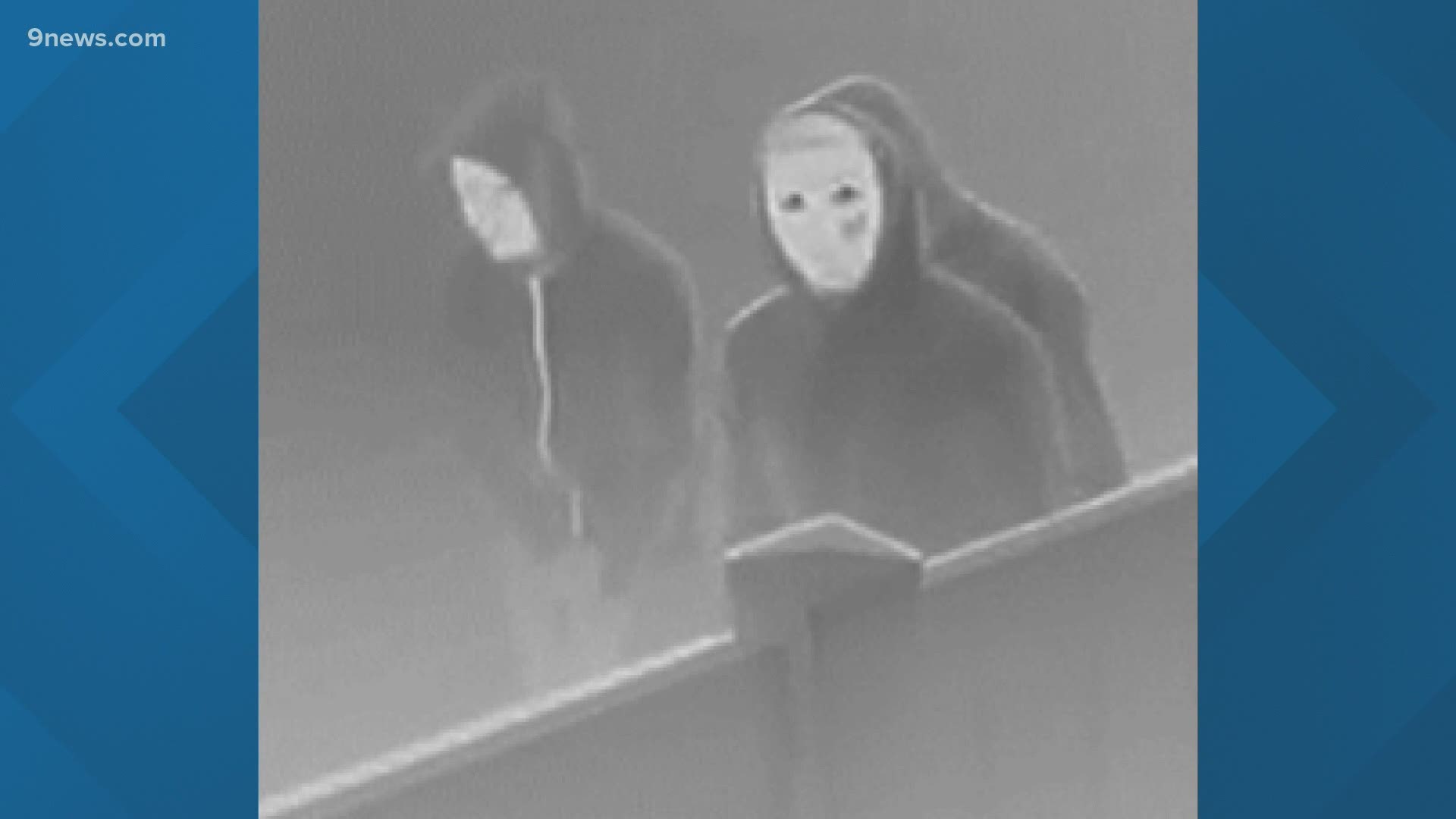 DENVER — The Denver Police Department (DPD) released a surveillance photo Tuesday afternoon that investigators said shows three unknown individuals who are believed to have intentionally set a house fire in the Green Valley Ranch neighborhood that killed a family of five earlier this month.

The Aug. 5 fire killed 29-year-old Djibril Diol and 23-year-old Adja Diol, as well as their 2-year-old daughter Khadija.  Djibril’s sister Hassan Diol, 25, and her infant daughter, Hawa Baye, also lost their lives in the blaze, which was set in the 5300 block of North Truckee Street at around 2:30 a.m. that morning.

The three suspects were seen in a photo wearing dark hoodies and full-face masks. Police said they fled the area in a dark-colored four-door sedan. No motive has been released for the crime.

See the surveillance photos below of the suspects and the getaway vehicle:

Credit: Courtesy DPD
A surveillance photo of the masked suspects believed to have intentionally set a fire that killed a family of 5.

Anyone with information regarding the homicide is asked to call Metro Denver Crime Stoppers at 720-913-STOP.

There is a $14,000 reward for information that leads to an arrest in the death of the family.

Three people who were inside the home at the time of the fire were able to escape.

The Diols were prominent members of Denver’s Senegalese community, and DPD said some of the people who knew the victims and could have information only speak French.