The suspect, Bryan Bakeman, is accused of carjacking a truck on Speer Boulevard near Colfax Avenue earlier on Christmas Eve morning. 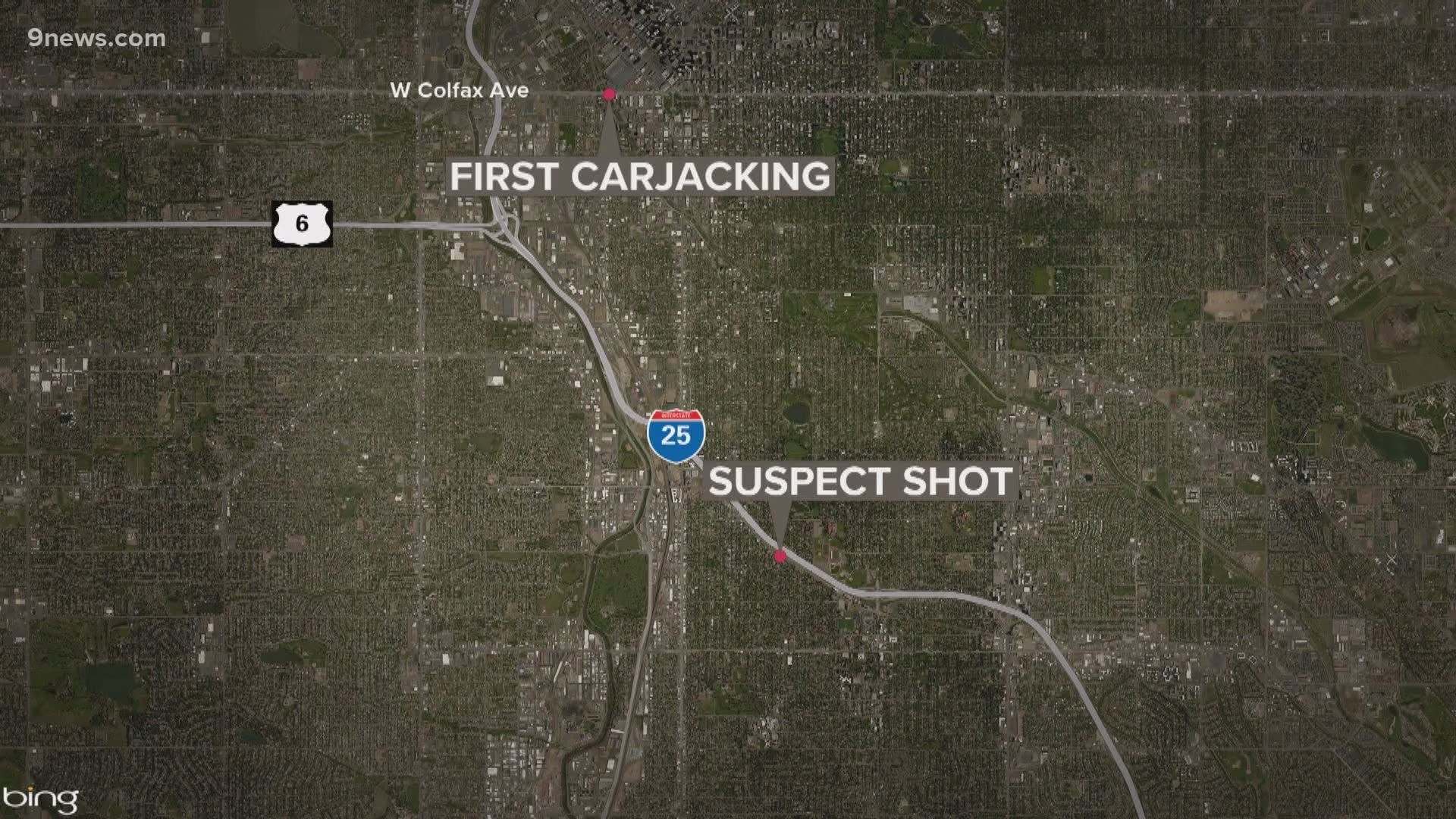 DENVER — A man was arrested on Christmas Eve after Denver Police (DPD) said he was shot while trying carjack a ride-share driver's car Christmas Eve morning.

A probable cause (PC) statement from DPD says this all began at around 6:30 a.m. when Bryan Bakeman and the first carjacking victim were driving north on Speer Boulevard in separate vehicles.

The victim told police that Bakeman was driving in the right lane while the victim was driving his truck in the center lane, the PC statement says.

As the victim and Bakeman approached Colfax Avenue, Bakeman swerved his vehicle in front of the victim's truck, blocking him in, the PC statement says.

The victim said Bakeman got out of his vehicle with an unknown object in his hand, the statement says.

Bakeman then got in the victim's truck and sped off from the scene northbound on Speer Boulevard, the PC statement says.

> The video above is from Christmas Eve before police had released the suspect's name.

Not long after the first carjacking, Bakeman is accused of trying to carjack another vehicle near South Downing Street and Buchtel Boulevard, police said.

The second carjack victim, a ride-share driver, told police he was taking a passenger to the hospital when he was cut off by a dark-colored pickup truck, the PC statement says.

The truck's driver then got out of the truck and came toward the ride-share driver and his passenger, according to the PC statement.

The suspect ordered the ride-share driver to get out of his car or he would shoot him, the PC statement says.

The suspect had been shot in the leg, the ride-share driver told police. The suspect then got out of the car and ran back to the truck, speeding east on Buchtel Boulevard, according to the PC statement.

About two hours after the carjacking and attempted carjacking, Denver Police said Bakeman, 40, was arrested near East Evans Avenue and South Bellaire Street after police got a 911 call of a man who had been shot.

Bakeman was taken to the hospital and was put on an investigative hold, police said. He is being held in the Denver jail under a $25,000 bond on suspicion of aggravated motor vehicle theft and attempted aggravated robbery, according to jail records.