The shooting happened in the area of Uinta Street and East Colfax Avenue. 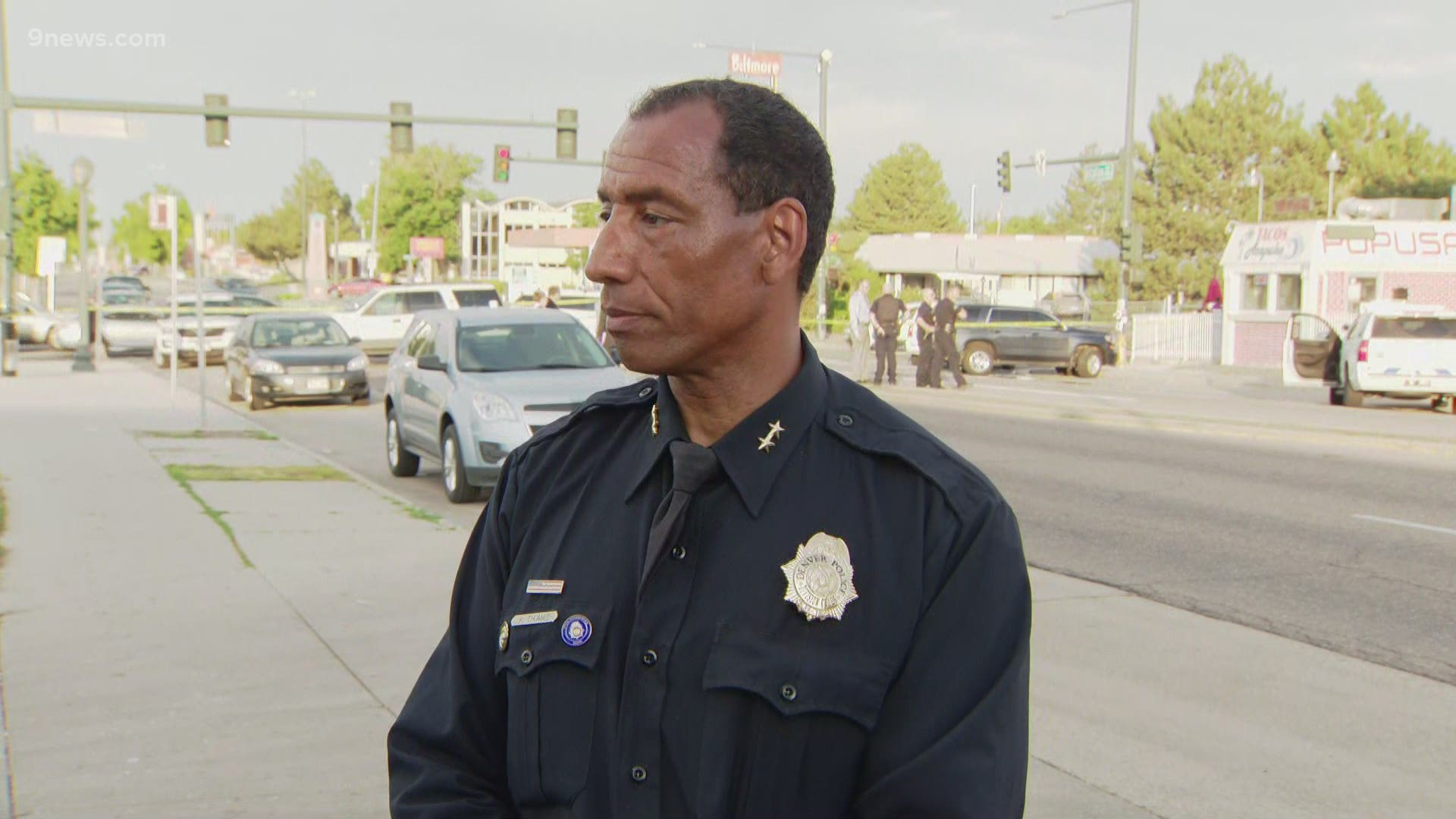 DENVER — The suspect who was shot by Denver Police Department (DPD) officers on Sunday in the area of East Colfax Avenue and Yosemite Street died at the hospital, DPD said on Monday.

DPD responded to a report of a man firing shots into a vehicle near East Colfax Avenue and Uinta Street, according to DPD Division Chief Ron Thomas.

Witnesses told police that the suspect, identified by the Denver Office of the Medical Examiner as 30-year-old Duane Manzanares Jr., left the scene and headed east along East Colfax Avenue, Thomas said.

Officers located the suspect near Yosemite Street and approached him from behind, according to Thomas. Officers could see that the suspect had a weapon tucked into his waistband, Thomas added.

Officers gave commands to the suspect, which he refused and threatened officers with his weapon, Thomas said.

Multiple officers opened fire, striking the suspect, according to Thomas.

Officers began to render aid until paramedics arrived to transport the suspect to the hospital, Thomas said.

No officers were injured in the shooting, DPD said.

"We are undergoing our critical incident protocol," Thomas said. "All of the involved officers were transported to headquarters, where they will undergo interviews."

DPD tweeted about the shooting at about 6:15 p.m. saying there was a large police presence in the area.

Drivers in the area were advised to use alternate routes as crews were still on scene, according to the tweet.