'The tourniquet was critical in saving his life': Denver Police provide update on shooting of officer

Pedro Juan Gallegos, 40, was arrested in connection to the shooting Saturday night, while the injured officer was still in critical condition, police said. 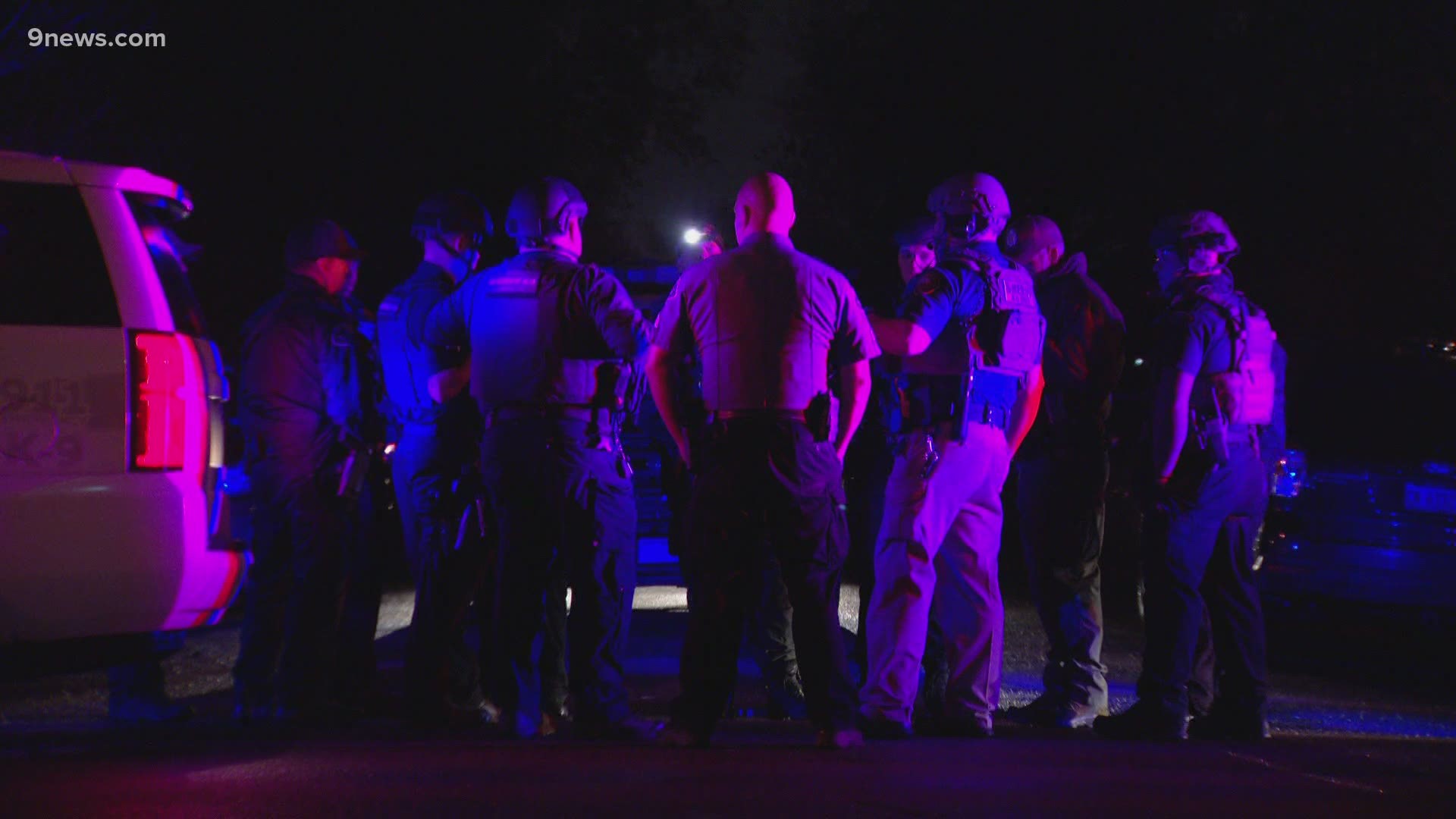 DENVER — A suspect has been arrested in connection to a shooting in Denver's Sunnyside neighborhood that left an officer in critical condition Saturday night, the Denver Police Department (DPD) said on Monday.

Pedro Juan Gallegos, 40, was taken into custody on suspicion of the following charges, according to DPD:

DPD said three officers responded just before 11 p.m. Saturday to a home on the 4200 block of Alcott Street for a report of an unknown person in someone's enclosed backyard patio area.

As officers approached, the individual used a sawed-off shotgun to fire at the officers through a wrought iron fence, and one of the officers was hit multiple times, DPD said.

Another one of the officers fired multiple shots at the individual, but did not hit him, and the man fled the scene, said Matt Clark, DPD major crimes division commander, at a briefing on Monday afternoon.

The officer who fired his weapon was wearing a body camera that captured video of the incident, Clark said.

The other officers used a tourniquet on the leg of the injured officer, who has not been identified, until he was transported to Denver Health, according to DPD.

"The injured officer is a patrol officer assigned to District 1," Clark said. "He's been with the department for about four years at this point. He suffered significant injuries to his legs and pelvis."

The officer underwent surgery at Denver Health and remained in critical condition on Monday, Clark said, adding that the officer's family was with him.

Officers with DPD and other jurisdictions established a perimeter in the area and searched for the suspect. About 70 minutes after the shooting, Gallegos attempted to ride a bicycle out of the perimeter, near 40th Avenue and Alcott. He matched the description of the shooter, so officers detained him, Clark said.

DPD found that Gallegos had two active warrants from other counties and held him in custody in the Denver jail on those warrants until the investigation resulted in probable cause to arrest Gallegos in the shooting of the officer, Clark said.

After the shooting, police found a shotgun with a cut barrel in a bush near the scene that they believe was the weapon used against the officers, Clark said.

Two persons of interest were originally detained in connection to the incident, according to DPD. Clark said on Monday that the other person was released and they were looking for no other suspects.