The man reported being attacked by three suspects in a school parking lot while loading his cart into his truck. 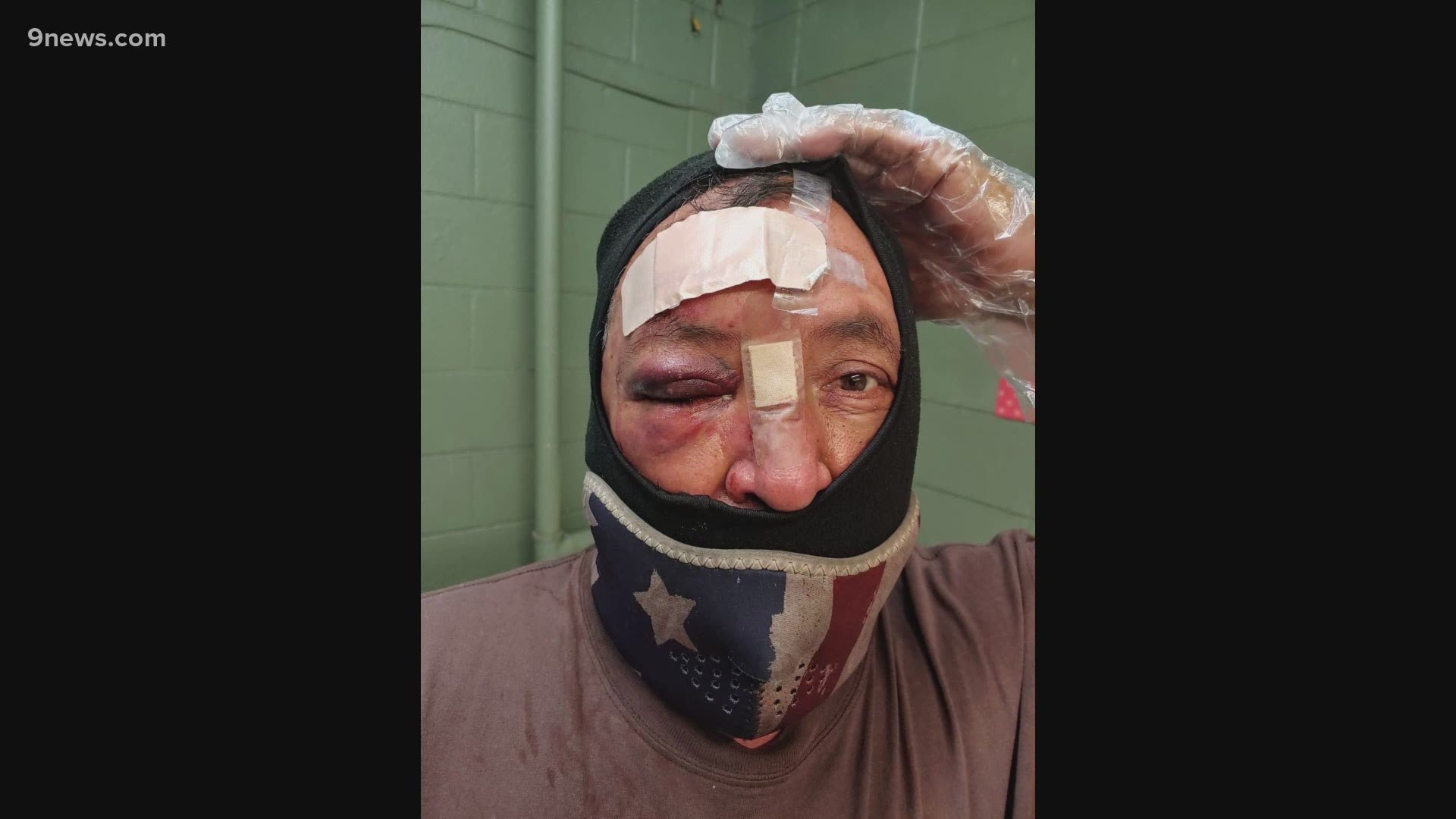 DENVER — Denver Police Department (DPD) is searching for three suspects involved in the reported assault and robbery of a man selling ice cream from a cart in the Montbello area last week.

The victim, 64-year-old Antonio Ramirez-Chavez, reported to DPD that he was loading his cart into his grey Dodge Caravan around 7:20 p.m in the parking lot of Florida Pitt Waller School, located at 21604 E. 51st Ave., on June 11 when three suspects in a dark green SUV of unknown make and model approached and assaulted him.

Ramirez-Chavez told 9NEWS he had been out working for five hours in the sun and that the suspects stole $65 from him. He said the suspects were African American.

Ramirez-Chavez is the only breadwinner for his family. His wife is disabled and she has a 9-year-old daughter who lives with them.

Regardless of what happened to him, he said he still loves and appreciates the the Montbello community, where he has been selling paletas. Paletas are Mexican popsicles made with fresh fruit.

"It's a beautiful community," he said. "They've always helped me. Everyone knows me, they know I'm very respectful...I'm a peaceful guy."

The suspects caused serious injuries to Ramirez-Chavez during the assault before taking the money from his pocket and leaving in an unknown direction, according to DPD.

DPD said Ramirez-Chavez reported the incident the next night at DPD District 5 Station, where he was checked out by paramedics and encouraged to seek treatment at the hospital.

He did seek treatment at the hospital, and the officer who took the report gave the victim $70 of her own money, DPD said.

A GoFundMe page has been set up to help Ramirez-Chavez.

Anyone with information is asked to call Metro Denver Crime Stoppers.