Police said there's been an increase in violence in the area, particularly on Saturday nights, and they're hoping to curb that. 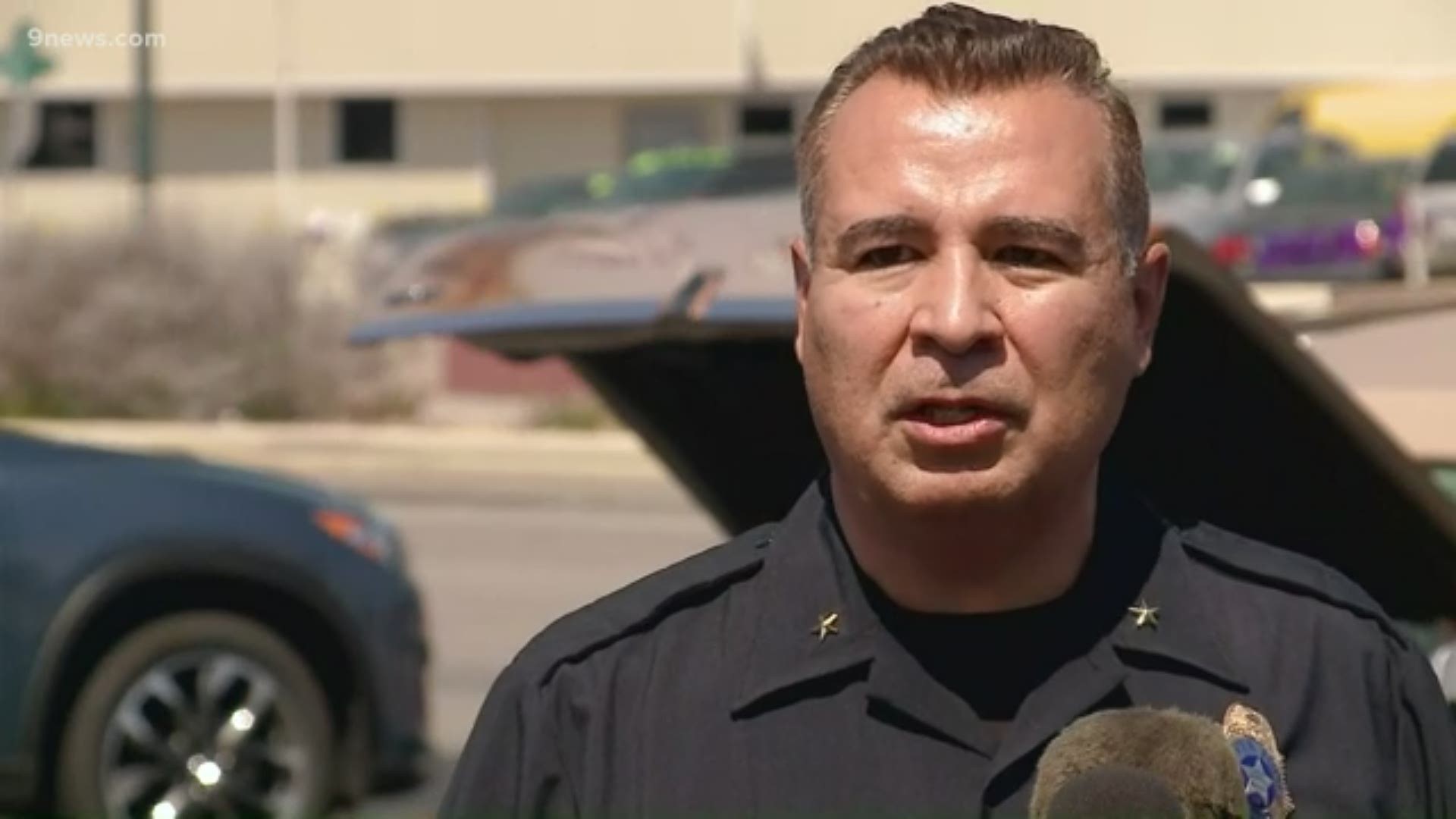 "These large social gatherings along Federal Boulevard have led to an increase in illegal activity in the area," DPD said in a news release. "Additionally, these gatherings may cause the further spread of COVID-19."

"We've had some aggravated assaults and some shooting that have happened very close to Federal Boulevard, one was on Federal Boulevard," DPD Commander Jeff Martinez said. "But we are very concerned about all the things that happen when large crowds of people coming together. We talked about COVID, that's something we didn't have to deal with before."

Martinez said they're asking for voluntary compliance, including the wearing of face coverings. They will increase patrols in the area and will crack down when necessary.

He along with Denver City Council Members Jamie Torres and Jolon Clark spoke at the 2:30 p.m. event from Grandpa’s Burger Haven parking lot at located at 23 S. Federal Blvd.

Two of the shootings that Martinez referred to occurred in the early morning hours of Saturday Aug.1 and resulted in one person being killed and at least five others injured.

"You know that shooting that happened where there was 5 people shot and someone died, was in my alley," Santiago Jaramillo said. "And my son was in the back playing video games. After that happened I had to sit and think, what can I do as a community member with the position that I hold, wanting to be someone in the community people can reach out to."

Jaramillo is a lifelong resident of the community there and is the co-director of D3 Arts. He spoke at Thursday's press conference hoping to better his neighborhood. He said the community is a part of him.

"I want to be one of those people in our community that says, we can do this in our community with us, that we can lead it and we can be the voice for some of the young people who maybe think they can't talk to the police," he said.

Cruising along Federal Boulevard is a common practice but in recent weeks there's been more violence taking place during those times of cruising, particularly on Saturday nights, according to DPD.

"One of the first things we did was make sure we recognize and honor the cruising culture that happens on Federal Boulevard," said councilwoman Torres, who has represented District Three for about a year. "What's important to us to make sure that we're distinguishing it from some of the unsafe practices that happen here. And when it's this crowded and this much going sometimes it's hard to distinguish."

She said they want people to be able to enjoy cruising activities safely but will need to crack down illegal or unsafe activities.

"We want to make sure folks these, who are here showing their cars are able to do that peacefully, while we're able to put the attention that needed on people that are blocking traffic so that cars can do donuts in the middle of the street, so that pedestrians who are trying to get across the street can do that safely," she said. "We want attention exactly where we need it and not on people who are being safe."

Watch the full news conference below: