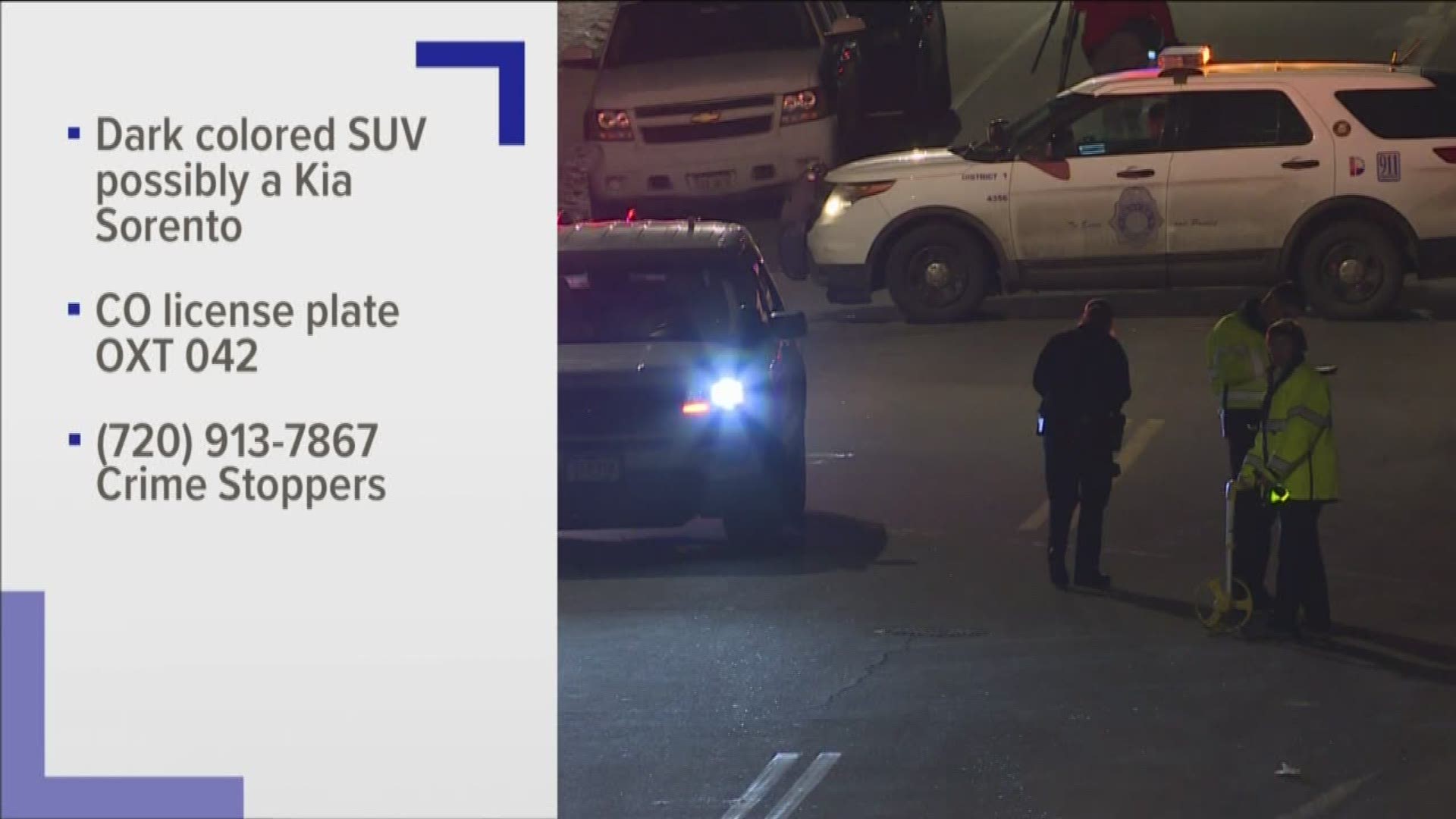 DENVER — Denver police are looking for the driver of a vehicle that hit a pedestrian and then left the scene of the crash Tuesday night.

The crash happened near West 10th Avenue and North Newton Street, sometime before 8 p.m., according to a tweet from the Denver Police Department (DPD).

The pedestrian was brought to the hospital with serious injuries, DPD said.

Medina Alerts are named in honor of Jose Medina, a 21-year-old valet driver who was killed by a hit-and-run driver in 2011. They're issued following hit-and-run crashes where someone is seriously hurt or killed.

They are asking anyone with information on the crash to call Crime Stoppers at 720-913-7867. Tipsters can remain anonymous and could be eligible for a reward of up to $2,000.