None of the victims appear to have injuries that are life-threatening, police said. 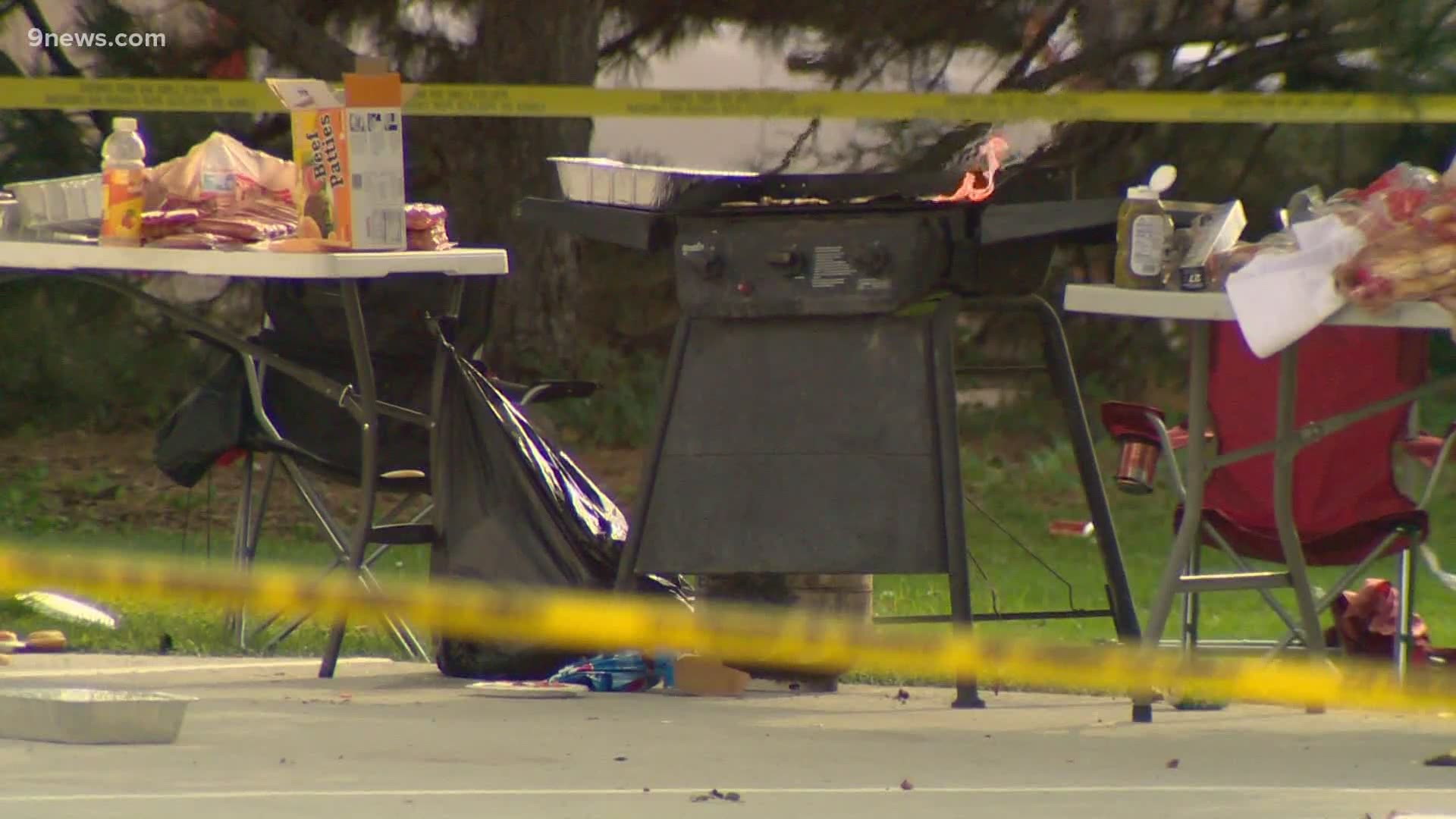 DENVER — The Denver Police Department (DPD) said nine people were injured by gunfire in a park during a shooting Sunday afternoon that is being investigated as a drive-by.

DPD said six victims were transported to the hospital, and three more victims showed up at the hospital on their own.

None of the victims suffered injuries that appear to be life-threatening, according to DPD.

A tenth person, a 22-year-old man, sustained minor injuries after being struck by a vehicle while trying to get away, DPD said.

DPD said at 4:44 p.m. that officers were responding to the 1400 block of West Byers Place.

The victims appeared to be having a family gathering in the park, and are not suspected of having any involvement in the shooting, according to DPD.

Elizabeth Sterling was on her front porch playing with one of her cats Sunday afternoon when she said she heard at least 10 gunshots.

“There were just like 30 or 40 people running down the street screaming, and someone came into my yard and had been shot in the arm," Sterling said.

Sterling said she stayed with the man outside her home on Byers Place and called 911. She said the man took a ride to the hospital in a private car before an ambulance arrived.

Down the street, Ana Hernandez heard the gunshots, too. She said she came outside to find two young girls hiding behind a car in her driveway. Thinking of her own daughters, Hernandez said she did her best to comfort the girls who'd run from the park.

“It was a motherly instinct to do that," Hernandez said. “I was just trying to calm them down, tell them that everything’s going to be OK.”

Hernandez said the girls were unhurt, but she saw others come from the park with gunshot wounds.

“There was like two guys that we saw," she said. "One was shot in the shoulder, I think.”

On Sunday morning, members of the city's gang intervention team visited neighbors near the park. DPD could not say Sunday whether investigators believed the shooting was gang-related.

DPD said it does have some suspect information, but is not releasing it at this time.

Denver Mayor Michael Hancock spoke out against the violent incident via Twitter Sunday night, calling it unacceptable, senseless and stupid.

What happened today at Byers & Pecos park is unacceptable. A family gathering disrupted by a shooter indiscriminately firing into the crowd. Our prayers and thoughts are with the injured. No resource will be spared to find the responsible parties for this senseless & stupid act.