Officers are also investigating a shooting in the area of 24th and Arapahoe streets that left a man injured. 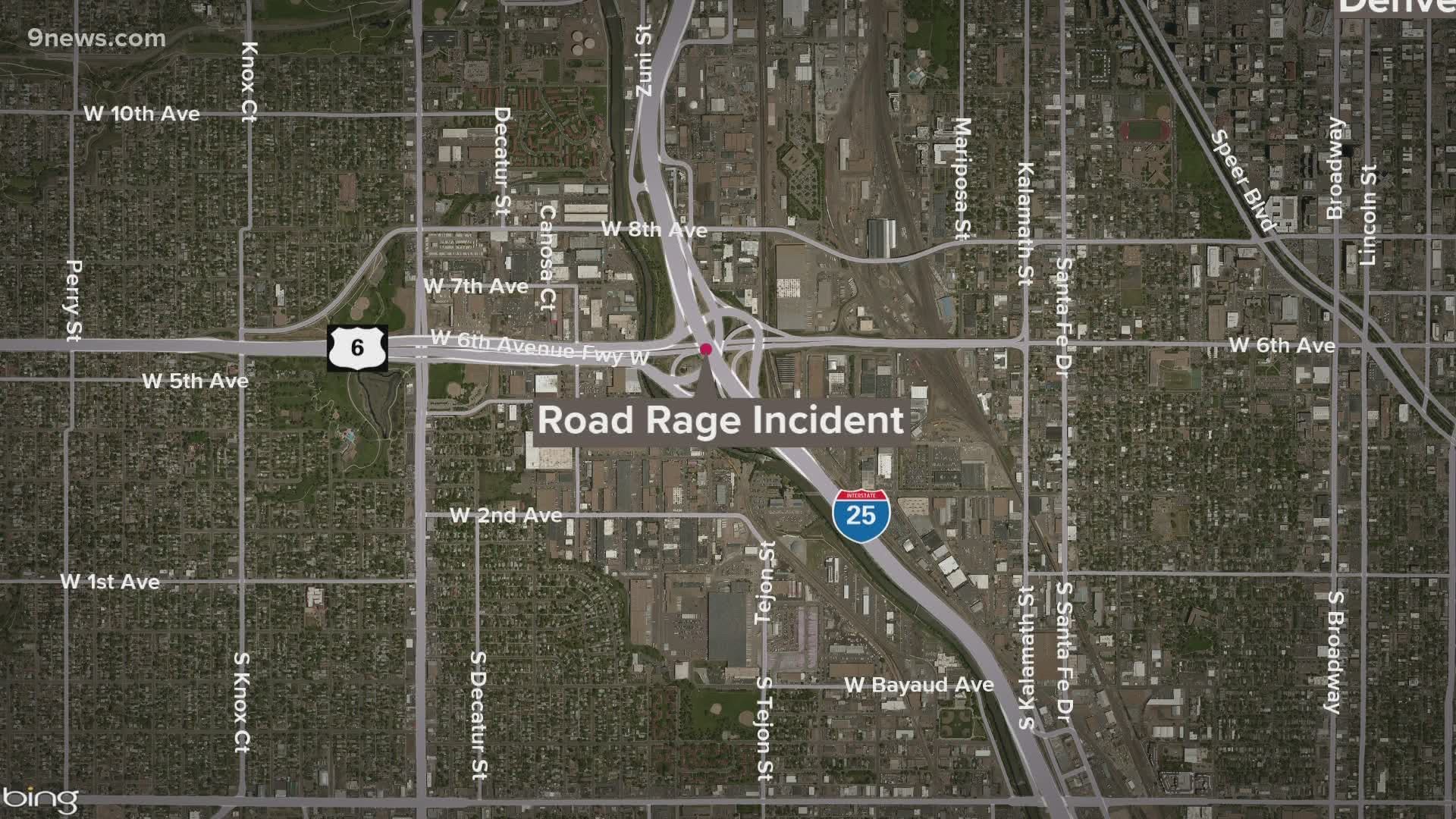 DENVER — An uninvolved victim was shot in the face during a road rage incident on Interstate 25 and 6th Avenue at 1 a.m. Sunday morning, Denver Police said.

DPD said at 6:35 a.m. that officers were investigating after the victim was caught in the middle of the incident.

A bullet traveled through the victim's car after a shot was fired, grazing the victim's face, according to DPD.

DPD also tweeted at 6:19 p.m. Saturday that officers were investigating another, separate shooting in the area of 24th and Arapahoe streets and found a gunshot victim, who was transported to the hospital.

DPD did not release any suspect information for either shooting.

Anyone with information on either shooting is asked to call Crime Stoppers at 720-913-7867 or by visiting metrodenvercrimestoppers.com. Tipsters can remain anonymous and may be eligible for a reward of up to $2,000.

RELATED: Arson suspected as cause of fire that destroyed Jeffco garden gazebo built to honor a fallen deputy